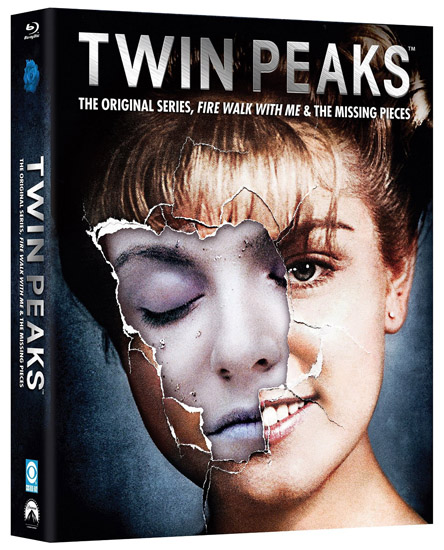 This week’s releases includes a box set of Twin Peaks, Rich Fox’s The Blackout Experiments, and Sacrifice starring Radha Mitchell. You can view the complete list of this week’s horror releases below. 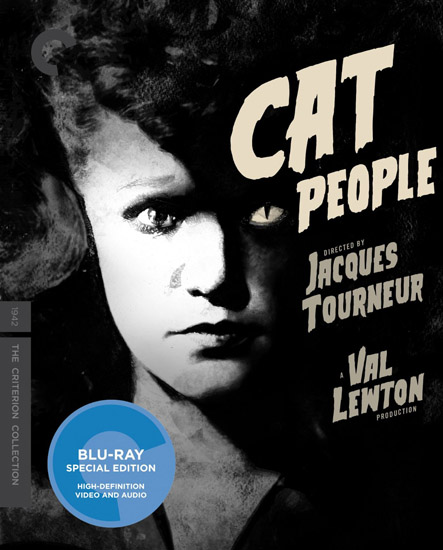 Synopsis: An American man marries a Serbian immigrant who fears that she will turn into the cat person of her homeland’s fables if they are intimate together.

Twin Peaks: The Original Series, Fire Walk With Me & The Missing Pieces [Blu-ray] 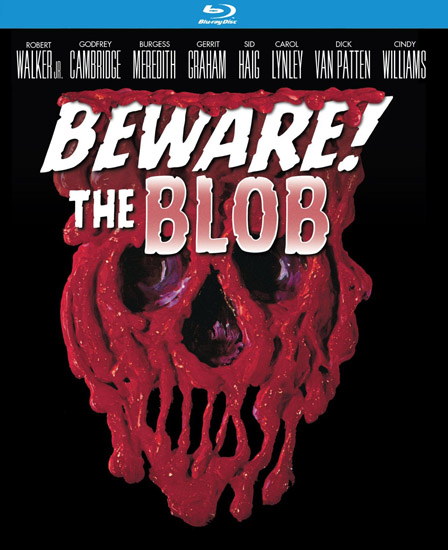 Synopsis: Newly Re-mastered in HD! The Blob returns… more outrageous than ever in this 1972 sequel to the popular sci-fi classic! Plenty of familiar faces, including Robert Walker Jr. (Ensign Pulver), Larry Hagman (Dallas), Sid Haig (Busting), Burgess Meredith (Rocky), Dick Van Patten (Eight is Enough), Godfrey Cambridge (Cotton Comes to Harlem), Cindy Williams (Laverne & Shirley), Carole Lynley (The Poseidon Adventure), Gerrit Graham (Used Cars) and Shelley Berman (You Don t Mess with the Zohan) add to the fun. A geologist (Cambridge) unwittingly brings home an unusual frozen piece of debris from the North Pole. But when it accidentally thaws, the hungrier-than-ever Blob comes to life again, consuming nearly everyone in its path and terrorizing the town. No one is safe as it crawls into a bowling alley, oozes its way across an ice rink, becoming grotesquely bloated with the blood of its victims… can this bizarre creature ever be stopped? TV legend Larry Hagman directed this cult classic, the only feature film he ever directed upon its 1980s re-release, the film was tagged “The Film that J.R. Shot!”. 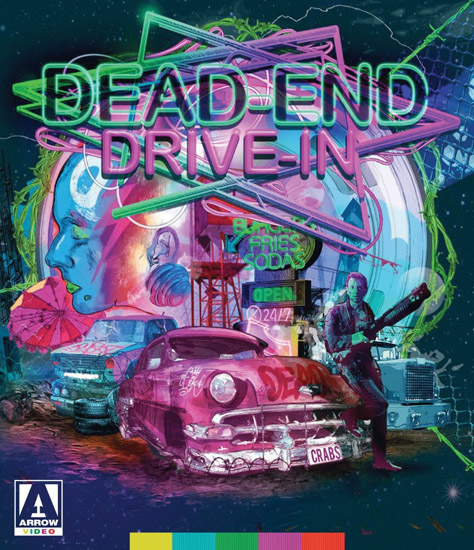 Synopsis: THE PRICE OF ADMISSION IS THE REST OF YOUR LIFE.

Set in a near-future where the economy has crumbled and violent gangs play havoc in the streets, the powers-that-be have decided to lure the delinquent youth into drive-in cinemas and keep them there. No longer just a place to watch trashy movies and make out, these outdoor picture shows have become concentration camps for the unruly and unwanted.

With its day-glo colour scheme, new wave soundtrack and extraordinary stunt work, Dead-End Drive-In is in the tradition of Ozploitation milestones Mad Max and The Cars That Ate Paris only very, very eighties. 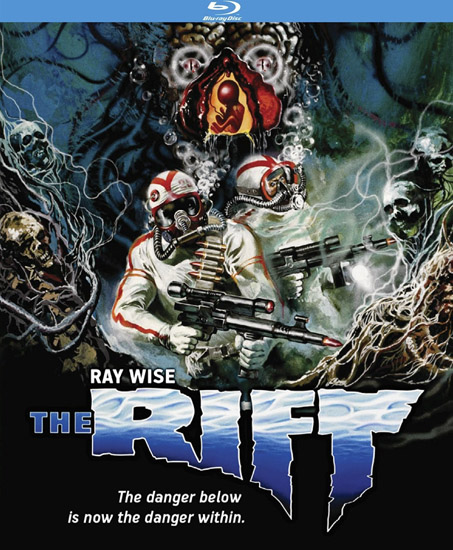 Synopsis: Ray Wise (Twin Peaks, Robocop) stars in this underwater horror film in the tradition of Leviathan and DeepStar Six! The experimental submarine Siren 1, designed by Wick Hayes (Jack Scalia, Fear City), is missing. The rescue team, headed by Captain Phillips (R. Lee Ermey, Full Metal Jacket, The Siege of Firebase Gloria) and scientist Robbins (Wise), embark on a mission to find the missing sub. Complicated by the addition of Wick s estranged wife Nina (Deborah Adair) to the rescue team, the tension mounts as the Siren 2 dives deeper than any sub has gone before. What the crew finds in the furthermost darkest recesses of the ocean is more ghastly and horrifying than they could ever imagine! Also known as Endless Descent, co-starring Ely Pouget (Death Machine) and directed by cult director Juan Piquer Simon (Pieces, Slugs) now see this thrilling horror classic from a brand new HD master. 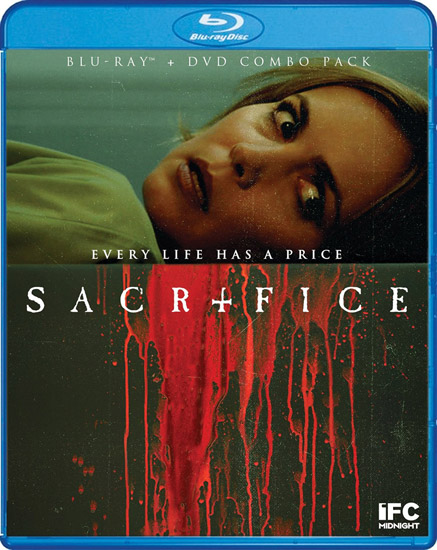 Synopsis: Disturbing secrets lie buried in the bogs of a remote island in this spellbinding thriller. Shortly after surgeon Tora Hamilton (Radha Mitchell, Silent Hill, London Has Fallen) moves with her husband (Rupert Graves, Sherlock) to the Shetland Islands (100 miles off the coast of Scotland) she makes an unnerving discovery: the body of a young woman with strange symbols carved into her flesh and her heart ripped out. When what at first appears to be the remains of a victim of an ancient ritual turns out to be a fresh corpse, Tora is plunged into a dangerous mystery that may be connected to the dark myths of the island’s folklore.

Queen of Spades: The Dark Rite 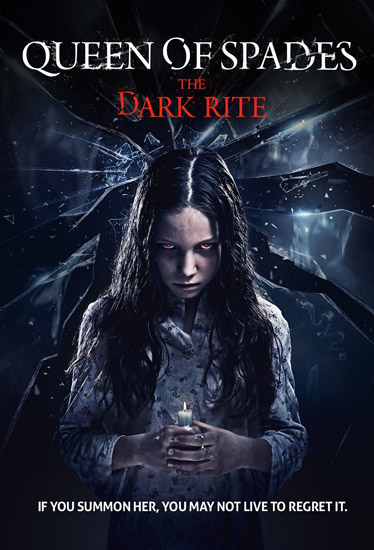 Synopsis: Legend has it that any mirror may become a portal into the world of the dead. It is said the Queen of Spades gets her energy from reflective objects and anyone who sees her will go insane or die. When four teenagers summon the Queen as a joke, one of them dies suddenly and the group realizes they have conjured up an inexplicable and deadly evil. 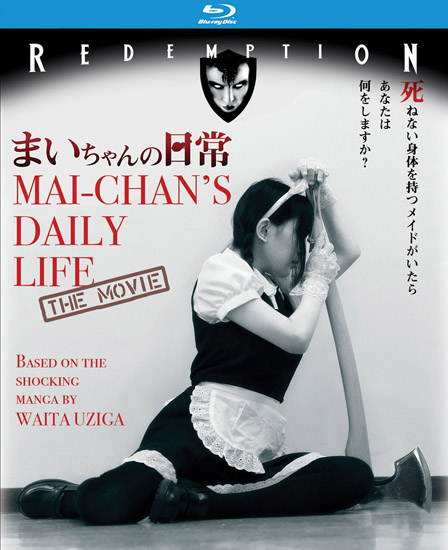 Synopsis: Based on the popular manga by Uziga Waita, MAI-CHAN S DAILY LIFE is a diabolical dark comedy that takes fetish violence to shocking new extremes. A young woman, Miyako (Akane Miyako) responds to an advertisement for a live-in maid, and is given a job alongside the playfully alluring Mai-chan (Koshi Ann). Miyako quickly learns that housecleaning is the least of her duties, as the master (Maruyama Shogo) and his wife (Roman Soako) use the maids as toys in their unbridled erotic fantasies. Since Mai-chan possesses the uncanny ability to recover from any injury, no matter how severe, every violent desire is indulged, and Miyako soon finds herself actively involved in Mai-chan’s horrific destruction (and miraculous resurrection). 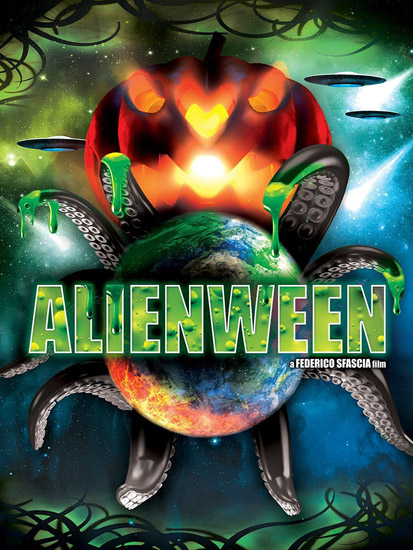 Synopsis: Four friends decide to spend Halloween night partying in a country house with call girls. The house has been abandoned ever since a tragic death occurred there years ago. While they are partying, strange slimy meteors begin to fall from the sky. The raging storm outside brings them face to face with not only the house’s tragic past, but with an alien invasion of the strangest kind. This Halloween, the Aliens are here and it’s not good! They came from Outer Space… to make one HELL of a Party! Director – Federico Sfascia, Producer – Alex Visani – Empire Video, Cast – Guglielmo Favilla, Raffaele Ottolenghi, Giulia Zeeti. 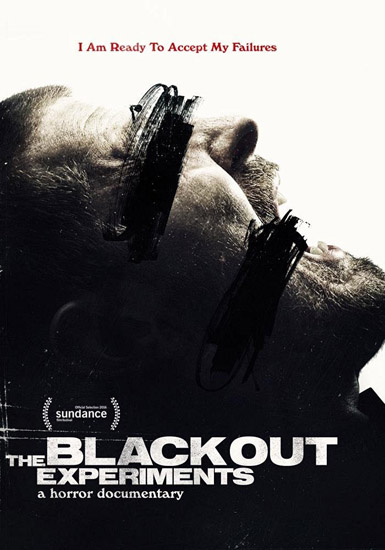 Synopsis: The most extreme immersive horror experience in America is called Blackout. Not for the faint of heart, it is a terrifying, psycho-sexual thrill-ride designed to play on our deepest psychological fears. Rich Fox’s innovative horror documentary follows a group of friends whose experience with Blackout becomes deeply personal, developing into an obsession that hijacks their lives and blurs the line between reality and paranoid fantasy. Revealing an underbelly of private rituals and personal nightmares with footage that is 100% real, “The Blackout Experiments” is the story of our obsession with the darkness inside us. “The Blackout Experiments” premiered at Sundance 2016.

DVD features surround sound, the official “The Blackout Experiments” trailer, deleted scenes, interview with the Blackout creators, special extra bonus footage along with English subtitles for the deaf and hearing-impaired. 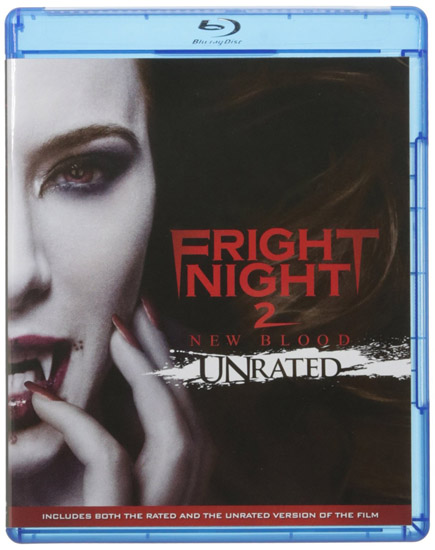 Synopsis: By day Gerri Dandridge is a sexy professor, but by night she transforms into a real-life vampire with an unquenchable thirst for human blood. So when a group of high school students travel abroad to study in Romania, they find themselves ensnared in Gerri’s chilling web of lust and terror. Charley and “Evil” Ed must stop Gerri from drinking and bathing in the blood of a “new moon virgin,” which just so happens to be Charley’s ex-girlfriend, Amy. They enlist help from Peter Vincent, the vampire hunting host of a reality show called “Fright Night,” to drive a stake through Gerri’s plan and save Amy from a fate far worse than death.

Showtime Head of Programming: The Door is Always Open for More ‘Twin Peaks’