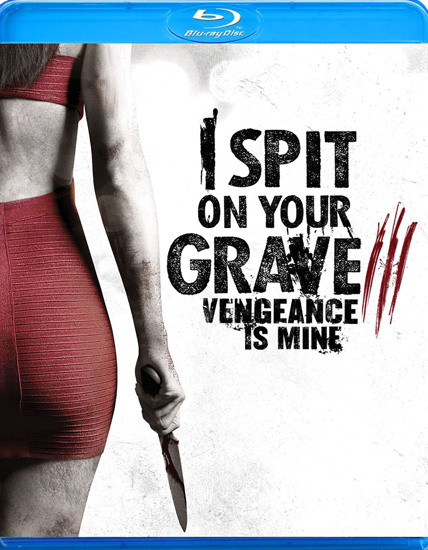 I Spit on Your Grave 3: Vengeance is Mine [Blu-ray]

Synopsis: After seeking out the help of a support group after her attack, a young woman takes the law into her own hands and dishes out her own brand of justice to the abusers of her fellow group members. Sequel, in essence, to I Spit On Your Grave (2010).

Synopsis: Newly Remastered in HD! Coffins, blood and live corpses! A gasping, gnawing, heart stopping evil lies buried in The Oblong Box. Do you dare unearth its wrath? Vincent Price (Madhouse, Twice Told Tales) and Christopher Lee (The Crimson Cult, House of the Long Shadows) are at their terrifying best as a plantation owner with a shocking family secret and a wealthy doctor desperate to continue his morbid experiments on human flesh in this Edgar Allan Poe s (Tales of Terror) classic tale of the living dead! Price returns to his English manor from an African trip with his mad, mutilated brother and buries his chained up sibling alive. When the body is exhumed, the madman somehow still alive begins a systematic search for vengeance. Co-written, produced and directed by horror great, Gordon Hessler (Cry of the Banshee, Scream and Scream Again) with top-notch cinematography by John Coquillon (Straw Dogs, Cross of Iron).

Synopsis: A priest and two Vatican exorcists must do battle with an ancient satanic force to save the soul of a young woman.

Synopsis: Four tales of terror from multi-talented filmmaker Larry Fessenden: he’s a writer, a producer, a director and an actor. In this box set, he brings together four of his films, in HD for the first time, along with both brand-new and vintage bonus features including short films and music videos.

-“Save You from Yourself” music video

-Short film “N is for Nexus,” from Magnet Releasing’s The ABCs of Death 2

-The Making of “N is for Nexus”

-“Tired of Killing Myself” music video

Synopsis: Based on a short story by horror legend Stephen King, “A Good Marriage” tells the story of Darcy Anderson (Joan Allen, “Face/Off”) and her husband Bob (Anthony LaPaglia, “Without a Trace”), celebrating another year of a good marriage. But when a sadistic serial killer starts to spread fear and panic throughout the Northeast, Darcy unveils a sinister secret about her husband that will threaten their perfect marriage and their lives.

Synopsis: Taking place years after The Haunting of Molly Hartley, who now, as an adult, has fallen under the possession of an evil spirit and must be exorcised by a fallen priest before the devil completely takes her.