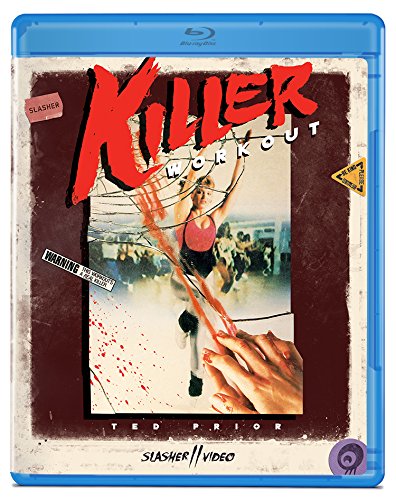 Synopsis:   Two years ago, a young woman named Valerie was burned after entering a tanning salon. Now, her twin sister, Rhonda runs a local gym where all of a sudden, people are being murdered.

Synopsis: Martin is a total loser who makes a deal with the devil to become the greatest rock star in the world.

6. Behind The Scenes Photo Gallery

Troll – A wicked troll king in search of a mystical ring that will return him to his human form invades a San Francisco apartment complex where a powerful witch lives.

Troll 2 – A family vacationing in a small town discovers the entire town is inhabited by goblins in disguise as humans, who plan to eat them.

-Behind the Scenes Still Gallery

Synopsis: If you’re a wealthy, attractive woman, stay out of Arizona, because you are fair game. A twisted killer is on the loose and he tortures and dissects his beautiful victims as part of a primitive Indian ritual. All the clues lead to one man who is clearly innocent. But nothing is as simple as black and white in White Of The Eye.

-“Into the Vortex:” An interview with actor Alan Rosenberg

-“Eye of the Detective:” An interview with actor Art Evans

-“Into the White:” An Interview with cinematographer and steadicam operator Larry McConkey

-Flashback Sequences prior to the Bleach Bypass process

Synopsis: After being unjustly fired, harassed by his students and labeled a potential menace to society, El Maestro sets out to teach everyone one final lesson.

5. Behind The Scenes Footage

10. Dance Til You Die Trailer

Synopsis: Trapped in a cinema, a young couple’s date night turns into a perilous battle for survival as a deranged projectionist (Robert Englund, “Nightmare on Elm Street”) manipulates them into becoming unwilling actors in his own vicious film captured by CCTV cameras.

Synopsis: From Director Robert Kurtzman (“Wishmaster,” “Buried Alive”), comes the highly anticipated new splatter classic. When victims injected with a rage virus escape the experimentation of a mad scientist, they become mutants and all hell breaks loose. “The Rage” is guaranteed to be an out-rage-ously gory great time!

Synopsis: One lucky couple purchases a nineteenth century plantation home for pennies on the dollar. Determined to get rich quick, they invite their friends up for the weekend to celebrate their good fortune. However, when they discover that the plantation home’s former residents have not left, their dream becomes a nightmare as they try to escape with their lives.

Synopsis: While going cross-country, gay couple Cary (Beacham) and Vogel (Alanson) decide to hitchhike. That’s when they meet Brewster (Lutz), a sexually-confused trucker who picks the them up while delivering coffins. After a period of bad luck, the trio ends up lost and broken down in an abandoned junkyard. The nightmare is only beginning as strange noises in the back of the truck reveal the presence of bloodthirsty vampires. Mark Bessenger’s directorial debut puts a smart, sexually charged spin on the genre. With buckets of blood, humor and thrills that pay homage to bloodsucker classics, “Bite Marks” is a fast-paced, sharp-tongued horror comedy that pushes sexual boundaries.

Synopsis: A group of young martial artists participate in vicious cage fights-to-the-death, where the loser gets chopped up and served as an exotic dish in a Chinese restaurant.

Snyopsis: Crucified, blinded and buried…Now she’s back! Sexy Nicole Eggert (Who’s the Boss, Charles In Charge, Baywatch) stars as Lenora, who must fight being possessed by the spirit of her wicked mother Morella, a satanic she-wolf guilty of witchcraft, adultery and murder! With evil governess Lana Clarkson aiding in the possession, Morella terrifies her husband, David McCallum (The Man from U .N.C.L.E.), his lover, Maria Ford (Stripped To Kill 2, Burial of the Rats) and casts a satanic curse on their newborn baby that lasts an eternity.

Synopsis:  Edith, a murderous, overweight nurse, and her brother run a medical clinic out of the suburban house they share. They take in patients and kill them, continuing to bill the state for their care. However, a nosy county inspector threatens to complicate things for Edith and her brother!

5. The Art of Jazmin Martinez