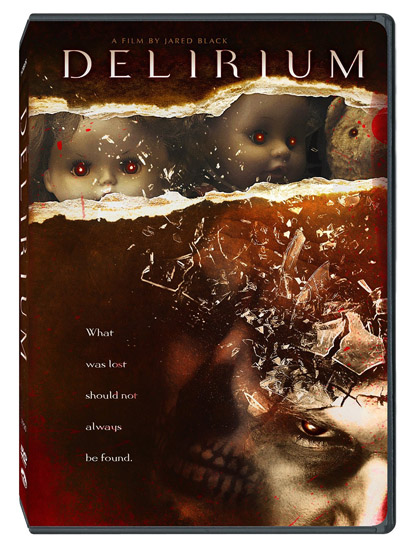 Synopsis: After being missing for over a year, Emily returns home… but something came with her. A family struggling with the lack of knowledge about their missing daughter fights to keep her safe. Who can be trusted?

Synopsis: Rachel (Pollyanna McIntosh, The Woman), a rookie cop, is about to begin her first nightshift in a neglected police station in a backwater town. Surrounded by both disgruntled officers and irate petty offenders, her job becomes all the more difficult and terrifying when a mysterious man (Liam Cunningham, Game of Thrones) is brought in and strange things start happening to everyone in the station. As it becomes clear that the enigmatic stranger has something to do with the supernatural events, Rachel finds herself in a fight for her life against cop and criminal alike as one by one they turn on each other and themselves. Now she must survive the night and uncover the stranger s true plans for the station s hapless denizens before she too falls prey to the unholy power that seeks to destroy them all.

The House Across The Street

Synopsis: When Amy moves into a new apartment, she notices strange things happening at the house across the street. Always a curious girl, Amy is compelled to investigate further. The more she finds out, the closer she gets to the center of a horrific conspiracy that threatens to tear apart her new town and destroy the lives of its people.

Synopsis: An international group of medical students takes part in a seminar on fear – with deadly results.

Synopsis: Bavaria in the late fifties. Someday the life of Maria, a young girl, changes all of a sudden when she finds the body of a woman. The scientist Dr. Robert Hoelzlein and the American Captain John Welles, deployed in Bavaria, are commissioned to solve the apparently obvious murder case. But trouble seems inevitable, as both are interested in beautiful Maria. From now on horrible discoveries of dead women increase in the neighborhood as well as mysterious sightings of unidentified flying objects spread fear and mistrust among the villagers. While inspecting a crop circle the Captain finds a dead alien and during an autopsy the scientist comes to a terrifying conclusion. Too late he discovers the connection between the corpses and the UFOs. Before he can alert the population the undead aliens rise from their tombs underneath the crop circles to extinguish humanity. Will Robert and John overcome their rivalry and finally kick some alien-zombie ass?