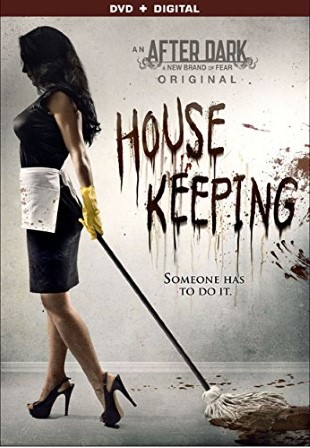 Not a lot to report on this week, fiends.  So you’ll just go buy the Argento and Fulci collections and you’ll be happy with them, OK?  Pleasant viewing.

Lucy, a young med student in need of quick cash to help her troubled brother, reluctantly accepts the too-good-to-be-true position as a housekeeper offered to her through a friend of a friend. But things quickly take a disturbing turn. Her never-seen employer seems to have a dark side, and the job reveals itself to be anything but normal.

A couple (Stiles and Speedman) and their daughter moves to Colombia to take over a family business, only to realize their new home is haunted by children whose death was caused by a horrible accident over twenty years ago.

When a young girl returns home from school to find her house ransacked and her toddler brother missing, the only clue is a mysterious shadow figure lurking by the woods. After giving chase the girl disappears and the town is put under curfew. But when two brothers break the rules, they unwittingly stumble across an old treehouse, deep in the woods, and find themselves right in the middle of an unimaginable nightmare. Inside they find the missing girl, hiding. Together they will face a fight for survival against an unexpected and bone chilling evil.

When a simple robbery at a research institute leads to a series of brutal murders, a blind puzzle maker and a tenacious reporter begin their own investigation of the crimes. With nine different clues to follow, they uncover a shocking web of twisted genetics and dark sexual secrets that will finally lead them to a shattering climax of violence and suspense.

An English jazz pianist living in Rome witnesses the brutal hatchet murder of a renowned psychic and is quickly drawn into the savage crime. With the help of a tenacious female reporter, the pair track a twisted trail of deranged clues and relentless violence towards a shocking climax that has ripped screams from the throats of audiences for more than 30 years!

A young woman stumbles upon a mysterious diary that reveals the secrets of The Three Mothers and unleashes a nightmare world of demonic evil. As the unstoppable horror spreads from Rome to New York City, this unholy trinity must be stopped before the world is submerged in the blood of the innocent.

City Of The Living Dead

The Seven Gates Of Hell have been torn open, and in three days the dead shall rise and walk the earth. As a reporter and a psychic race to close the portals of the damned, they encounter a seething nightmare of unspeakable evil. The city is alive with the horrors of the living dead!

The House By The Cemetery

A young family moves from their cramped New York City apartment to a spacious new home in New England. But this is no ordinary house in the country: the previous owner was the deranged Dr. Freudstein, whose monstrous human experiments have left a legacy of bloody mayhem. Now, someone – or something – is alive in the basement, and home sweet home is about to become a horrific hell on earth.

A blade-wielding psychopath is on the loose, turning The Big Apple bright red with the blood of beautiful young women. As NYPD detectives follow the trail of butchery from the decks of the Staten Island Ferry to the sex shows of Times Square, each brutal murder becomes a sadistic taunt. In the city that never sleeps, he’s the killer that can’t be stopped!