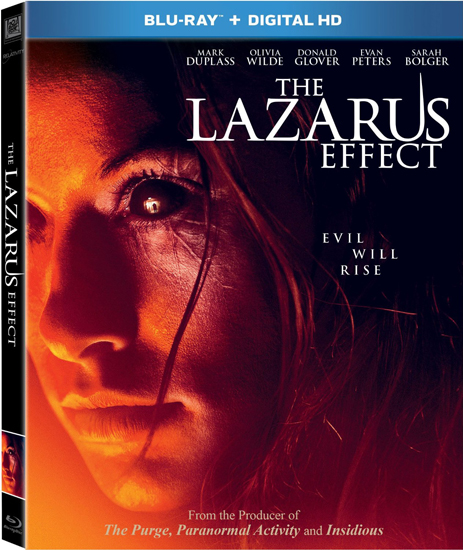 Synopsis: A group of medical students discover a way to bring dead patients back to life.

It’s angry. It’s hungry. It’s extremely well-armed and it’s descending on a small seaside town to sample the local cuisine! John Huston, Shelley Winters, Bo Hopkins and Henry Fonda do all they can to keep a giant marine menace from turning their sleepy village into a one-stop snack-shop in this fast-paced thriller! Directed by cult director/producer Ovidio G. Assonitis (Beyond The Door, The Visitor, The Curse), Tentacles is a menacing jolt-a-thon that’ll grip you with relentless terror and never let go!

Discover the true meaning of survival of the fittest, as a terrifying creature from the past brings the future to its knees! Packed with thrills, chills and prehistoric spills, Reptilicus proves that “if cats have nine lives, monsters have even more”, (Citizen News)! Directed by Sidney W. Pink (writer and producer of the cult films The Angry Red Planet, Pyro), Reptilicus is a spine-chilling creature feature about a cold-blooded 90-foot killer whose time has come… again!

Synopsis: AMERICAN PSYCHO meets THIS IS SPINAL TAP in the gory mockumentary THE HOUSE WITH 100 EYES, the grisliest horror-comedy imaginable. Ed and Susan are your average, middle-class American married couple…who are also serial killers who sell snuff videos of their crimes. Ed wants their next video to surpass their previous work by featuring three kills in one night – but after they abduct their intended victims, things don’t go as planned. Filmed entirely through the perspective of Ed’s many cameras, THE HOUSE WITH 100 EYES is simultaneously shocking and satirical.

Synopsis: A throwback to 50s genre films, Hellmouth tells the story of a cemetery caretaker who must travel to the literal gates of Hell in order to save the woman he loves. Stylistically beautiful, this film is the Sin City of the horror genre.

When Dr. Frankenstein is killed, his daughter Tania and Dr. Charles Marshall are left to carry on his work. Tania and Charles fall in love, but Tania can’t deny her lust for Stephen, a brawny groundskeeper. The lovers soon decide to have the best of both worlds and transplant Charles’s brain into Stephen’s body.

George Zuccho performs a double role as twin physician brothers—one good-hearted—the other evil. The good doctor, abhorred by his brother’s immoral actions, murders his malicious sibling in secret. But the virtuous brother’s image is destroyed when the evil doctor returns from the grave as a vampire with vengeance in his heart and murder on his mind.

The Satanic Rites of Dracula

In this dark and diabolical tale, Christopher Lee stars as Count Dracula, who fronts a satanic cult that uses a research establishment and real estate business as a cover for its dastardly deeds in 1970s London.

When Napoleonic cavalry soldier Lieutenant Andre Duvalier (Jack Nicholson) becomes separated from his unit, he is immediately taken with a mysterious woman. But he quickly becomes suspicious of her shadowy demeanor as she continually leads him into deadly traps.

A crazed asylum-escapee gets his revenge by luring town citizens into an abandoned estate and by exacting unspeakable acts of vengeance upon them. And after all the horror and carnage are through, their dirty little secrets that have been long-buried will finally be unearthed.

5 Horror Classics: The Ape / The Wasp Woman / Werewolf in a Girls’ Dormitory / The She-Beast / The Killer Shrews [DVD]

Synopsis: With tales of murderous possession and of scientists gone mad and bad, this five-movie collection offers up a very scary selection of horror entertainment.

Janice Starlin (Susan Cabot), a youth-obsessed cosmetics company mogul, volunteers to be the test subject for a newly developed regenerating beauty cream. The ointment is created from an enzyme found in wasps and is believed to be a veritable fountain of youth. At first, Janice is ecstatic with her results, but there are some unusual changes occurring in her body—and then there’s that sinister urge to hunt human prey…

Werewolf in a Girls’ Dormitory

At a boarding school for wayward girls, a murderous beast is prowling the campus grounds. With its razor-sharp claws, skin-shredding teeth, and insatiable lust for blood, the flesh-ripping beast slinks out of the shadows when the moon is full and when there is no one around to hear its victim’s blood-curdling screams.

Veronica (Barbara Steele) is a beautiful young bride who is possessed by an 18th century Transylvanian witch that was murdered by local villagers and is now bent on getting her revenge.

As a hurricane approaches, Captain Thorne Sherman (James Best) docks at an isolated island to drop off supplies to a mad scientist and his beautiful daughter. Dr. Craigis has accidentally created a race of giant shrews that manage to escape during the storm. The only way to survive is to somehow make it off the island…

In this Tobe Hooper horror favorite, the Doyle family moves to a small town to start a new life and takes over the long-abandoned Fowler Funeral Home and cemetery—a place the locals fear. The grounds are rumored to be haunted and all too soon, the Doyles will discover that the stories are true.

Claire Parker is going to die. At the hands of a sadistic and depraved killer, she will endure a terrifying, unimaginably brutal death—and it will all happen again. After being beaten, dragged, sliced, and stabbed, Claire awakens at work—where it all began—untouched and unharmed. But the hellish ordeal is far from over. The madman is back and he’s ready for more blood… Starring Lauren Currie Lewis and Chris Ferry.

Memory – When Dr. Taylor Briggs is exposed to a mysterious drug while lecturing in Brazil, he is forced to relive the dark, twisted memories of a killer whose work may not be over. Starring Billy Zane, Tricia Helfer, Ann-Margret, and Dennis Hopper.