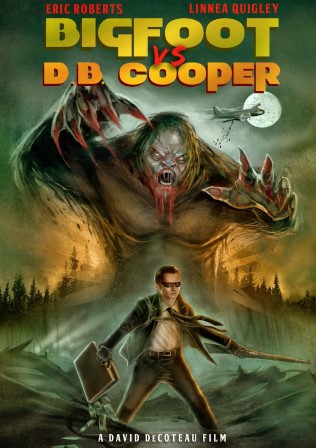 We don’t have a tremendously huge amount of releases this week, but there are some collections with tons of movies.  Some of the collections have a bit of overlap, but that’s bound to happen eventually when you’re looking to lump as many items into one box as possible.    Ever the optimist, I view this as 207 movies being released this week instead of just 7 movies and 6 collections.

When several young hunters arrive at a secluded lodge in the Pacific Northwest little do they know that they will become the hunted.

When the staff inside a renovated film studio finds a co-worker dead one morning, the pieces of a forty year puzzle add up to an angry ghost who has let the last person step inside her house. But will the ever get out alive?

Years ago, Dr. Janet Morello (Jacki Weaver, Silver Linings Playbook) saw her entire family die in their house under tragic and gruesome circumstances. Wanting a change of scenery, she sells her home to the Asher family, including teenage son Evan. Evan is the only one suspicious about his family s supposed new dream house, and after striking up a friendship with his troubled neighbor Samantha, discovers a way to communicate with the ghosts of the slaughtered Morello family. But soon Evan and Samantha s morbid curiosity into the supernatural turns dangerous as the spirits start to manifest themselves in the physical world. Now, despite the warnings of Dr. Morello, the teens are determined to discover the terrible secrets that surround these ghastly apparitions and send them back to the realm of the dead before it s too late.
Special Features:
Commentary, Cast/Crew Interviews, Behind the Scenes

Makeup Effects, Behind the Scenes

Sung-soo has everything: a beautiful wife and children, a comfortable home and luxury car, and plenty of money in the bank. When he learns that his estranged brother has gone missing, he visits his apartment in search of answers. Unsettled by the shabby, half-empty apartment complex, he quickly notices strange symbols inscribed under the doorbells and the terrified residents who hurriedly lock their doors at the sight of an outsider. The disturbing visit follows Sung-soo and his family home, as they soon find themselves stalked by a mysterious masked figure, and the same strange symbols appear under their doorbell. With his own nightmares escalating out of control, Sung-soo must face his most primal fears to reveal the shocking truth behind the intensifying horror.

A Russian Space station crashes in Amsterdam, releasing a deadly virus that turns everyday citizens into flesh-craving psychopaths. Aziz (Yahya Gaier), his brother Mo (Ouled Radi) and several strangers emerge from jail, oblivious to the mayhem until they team up with a local police officer (Gigi Ravelli). After receiving a desperate call for help, this unlikely band of heroes sets out on an insane rescue mission – and it’s going to take a seriously crazy plan if they want to get out alive…

A group of archaeologists uncover a long lost pyramid in the middle of the Egyptian desert. Believing the pyramid to be full of ancient treasures, the group decides to explore. Little do they know that their actions are about to awaken an ancient evil.

When a young nurse begins work at an isolated psychiatric ward, she quickly becomes fascinated with Patrick, a seemingly comatose patient who is the subject of a mad scientists cruel and unusual experiments. What starts as an innocent fascination quickly takes a sinister turn as Patrick begins to use his psychic powers to manipulate her every move, and send her life into a terrifying spiral out of control.

I Am Omega, The Cellar Door, Hide And Creep, Zombie Dearest, Last Of The Living, The Cry, Night Of The Living Dead, Bay Coven, Hurt, Midnight Child

Another Kind: Four friends journey into the snowy Catskills where they encounter not only deadly terrain, but also enemies from another world.
Behind Your Eyes: Bound, gagged and held against her will, Erika falls victim to a family of religious fanatics hell-bent on cleansing the world.
The Wind: Clair calls on three friends to help her take care of a pesky boyfriend. But their punishment goes too far when they are overcome by the power of the wind.
Adrift: When they pick up the survivors of a drifting boat, a couple is held hostage at sea and is forced to fight for their lives.
Salvage:Claire Parker is going to die. At the hands of a sadistic and depraved killer, she will endure a terrifying, unimaginably brutal death—and it will all happen again.
Live! From Death Row: A TV reporter is held hostage during an interview with a death row inmate, a murderer who is determined to show the world a live execution.
No One Could Protect Her: A woman attacked in her home takes matters into her own hands when the police ignore her serial killer theories.
Nightmare at Bittercreek: A group of friends hoping for a horseback riding adventure in the mountains come face-to-face with danger when they encounter a group of Aryan survivalists.
Nightscream: Driven by unexplainable nightmares, Drew Summers arrives in the small town of Steveston, Oregon, on the first anniversary of Laura Fairgate’s mysterious death.
Summer of Fear: A family welcomes a drifter into their summer home after he rescues them from two maniacal attackers, but they soon discover that they may not be so safe after all.

The House That Wouldn’t Die : Ruth and her niece, Sara, move into an old home with a dark past and are faced with strange occurrences of spirits and possession.
Daughter of Darkness: Katherine travels to Romania to find her father and uncovers their blood-sucking legacy.
Bay Coven: The island community of Bay Cove is quaint and picturesque. But behind the façade of a happy little town is a coven of witches on a mission to fill a vacancy in their bloodline.
Salem Witch Trials: The haunting story of one of America’s darkest chapters in history: the ruthless 1692 witch hunt that swept through Salem, Massachusetts.
The Pit and the Pendulum: Under the direction of Torquemada, the Grand Inquisitor of Spain, a young baker’s wife is falsely accused of witchcraft and dragged before the Inquisition.
Grave Secrets: The Legacy of Hilltop Drive: The Williams’ family moves into a newly-built house, but strangely, someone—or something—has already staked a claim on the property.
Midnight’s Child: An evil au pair puts a family under her sinister spell…one they must break if they hope to survive her stay.
Hurt: Helen Coltrane, at her husband’s last request, fosters a young girl whose evil she mistakes for innocence.
Ray Bradbury: Banshee: A banshee lurks in the moonlight in this classic episode from The Ray Bradbury Theater.
Ray Bradbury: The Small Assassin: The Ray Bradbury Theater presents Cyril Cusack in the story of an unwanted child with a presence so eerie, its own mother is afraid.
Cruel Will: Lily and Paul’s lives are overcome by the death of her father. Haunted by his remaining ashes, strange visions and frightening violence wreck paranormal havoc in their once happy home.
The Cry: In this modern twist on an ancient legend, a detective fights to protect a boy from his own mother…and from the cry of La Llorana.
The Haunting of Fox Hollow Farm: On the property where serial killer Herb Baumeister buried his victims, a group of paranormal experts investigate the haunting claims of lingering spirits.
Haunting of Winchester House: A family moves into the Winchester mansion, but when a malevolent force abducts their daughter, they discover why it’s known as one of most haunted places in America.
The Cellar Door: Herman seeks girl-next-door types to capture, torture and kill and his basement. But his latest victim, Rudy, has other plans.

Drink from the cup of cult classic gold with 100 of the most deliciously-strange cinematic treasures! This 25 DVD collection turns away from the typical Hollywood fare to deliver some of the greatest trash hits and midnight flicks of the 60s, 70s and 80s. Packed with big-screen rarities and box-office big shots, this camptastic collection is the perfect addition to any entertainment anthology.

Brace yourself for an explosion of B-Movie mayhem with 50 doses of cult classic cinema! Thought to be some of the strangest, outrageous and straight up weariest films of their day, B-Movies have become an important and popular part of cinematic history. Featuring box office legends and complete unknowns, this 13 DVD collection celebrates the offbeat and bizarre world of B-Movies in one camptastic collection!