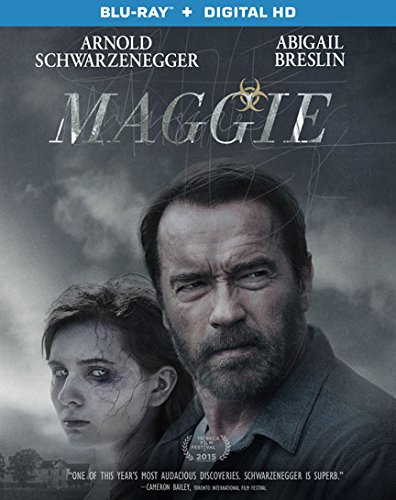 Synopsis: A teenage girl in the Midwest becomes infected by an outbreak of a disease that slowly turns the infected into cannibalistic zombies. During her transformation, her loving father stays by her side.

Synopsis: In this science fiction thriller, child psychiatrist Catherine Deane (Golden Globe-nominee Jennifer Lopez “Selena,” “Maid in Manhattan”) has developed a technique that allows her to travel through the minds of her patients. When Stargher (Emmy Award-nominee Vincent DOnofrio TV’s “Law & Order: Criminal Intent,” “Full Metal Jacket”), a serial killer who methodically drowns his victims and performs bizarre rituals with their bodies, falls into a coma, FBI agent Peter Novak (Vince Vaughn “Wedding Crashers,” “Dodgeball: A True Underdog Story”) asks Deane to enter the killers psyche in hopes of finding the location of a missing girl whom Stargher has kidnapped and, if she isn’t found soon, will drown in her torture cell. However, once Deanne enters the bizarre world of Starghers mind, she finds getting out being a very difficult matter.

* Optional English SDH subtitles for the deaf and hard of hearing

Fight of the Living Dead [DVD]

Synopsis: A competition series with horror overtones, FIGHT OF THE LIVING DEAD (FOTLD) is an unprecedented mash-up of the reality and scripted genres. The show will follow 8 top YouTube stars as they attempt to survive the first 24 hours of a highly simulated Zombie Apocalypse. The only prize is survival.

Synopsis: Suspense and surprises lurk around the corner in one of the most daring Italian shockers of the 1970s. A mysterious, beautiful woman (Suzy Kendall, The Bird with the Crystal Plumage) washes up on a desolate beach, setting off a perplexing chain of events involving the young, wealthy, and mentally unstable Christian (Robert Hoffman), his concerned brother Fritz (Ivan Rassimov, Jungle Holocaust), a murderous maniac on the loose, and female mannequins punctured with knives. Featuring a powerful score by the legendary Ennio Morricone (The Good, the Bad and the Ugly), this riveting thriller from director Umberto Lenzi (Cannibal Ferox) is a haunting masterpiece of deception and madness.

The Town That Dreaded Sundown

Synopsis: 65 years after a masked serial killer terrorized the small town of Texarkana, the so-called ‘moonlight murders’ begin again. Is it a copycat or something even more sinister? A lonely high school girl, with dark secrets of her own, may be the key to catching him.

Synopsis: When his brother disappears, Robert Manning (Mark Eden) pays a visit to the remote country house he was last heard from. While his host Squire Morley (Christopher Lee, The Oblong Box) is welcoming, Manning detects a feeling of menace in the air with the legend of Lavinia (Barbara Steele, Black Sunday), the Black Witch of Greymarsh, hanging over everything. Will the village`s renowned expert on witchcraft, Professor John Marsh (Boris Karloff, Black Sabbath), be able to shed light on the wicked going-ons at The Craxted Lodge? Vernon Sewell (Ghost Ship) directs this nightmarish horror classic based on H.P. Lovecraft’s Dream in the Witch House .

Synopsis: The Confessions of a Necrophile! Ezra’s good at making friends… into home furnishings! Based on the terrifying true story of Ed Gein, that inspired Psycho, The Texas Chainsaw Massacre, and The Silence of the Lambs, this hauntingly scary film chronicles the grisly exploits of a rural necrophiliac and murderer! Brace yourself for a classic horror story that’s guaranteed to make you bite your nails… because if you don’t, Ezra will! Screenwriter Alan Ormsby (Cat People) wrote and co-directed this spine-tingling horror film that will make your skin crawl with actor Jeff Gillen (A Christmas Story). Starring Roberts Blossom (Home Alone) as Ezra Cobb and Cosette Lee as Ma Cobb.

Synopsis: This truly frightening, modern ghost story follows Daniel Williamson (Keir Gilchrist of It Follows, United States Of Tara and Dead Silence), a 17-year-old boy under house arrest for cyber-stalking a classmate. With his mother away on business, obsessive Daniel flirts with the idea of reconnecting with the classmate, Mona (Grace Phipps of Fright Night). But fate has different ideas for him when Mona is driven to desperate measures and Daniel discovers that someone (or something) is now stalking him. With the tables turned, Daniel becomes trapped in a house he cannot leave… with a malicious presence he can’t escape.

Also starring Peter Stormare (Fargo, Anamorph, 8MM, The Last Stand), Dark Summer combines “eerie elements, strong performances [and] a swirling nightmare of dubious motivations”, (Blu-ray.com) into a jarring wallop of a film with “a gleefully dark finale”, (About.com) that will leave you reeling!

• The Art of Dark Summer Featurette

• The Music of Dark Summer Featurette

• A Conversation with Peter Stormare Featurette

Synopsis: When a new Mega Shark appears, it threatens the global economy. Scared of being left behind, Russia accidentally reawakens the Kolossus, a giant automaton doomsday device built during the Cold War, in its search for new energy. Now the world must figure out how to stop the two deadly creatures before they destroy everything on sea AND land.

Synopsis: Picking up only a few weeks after the events in the new horror classic The Pact left off, this stunning sequel finds June Abbott (Camilla Luddington, Grey s Anatomy) plagued by nightmares of murder so awful that they disturb her waking life. Meanwhile, a copycat of the Judas Killer has been terrorizing her neighborhood, and when the FBI agent assigned to the case informs her of the danger, June is horrified to discover that the actions of this new killer mirror the bloody visions she s been having in her sleep. Determined to pursue her own investigation even while her grip on reality weakens, June sets off on a quest that may lead her to the horrifying truth of the Judas Killer s master plan.

Synopsis: It’s the present day, and our heroines, real life Scream Queens Darcy DeMoss, Linnea Quigley, Brinke Stevens, Michelle Bauer, Jacqueline Lovell, and Denice Duff, who starred in those infamous movies back in the 80’s and 90’s, have gone on with their lives since those days, some still acting or in new businesses of their own. What none of them suspect is that somewhere, down in the basement of an old house, an obsessed fan, Max, sits in the dark, watching clips from those movies over and over, his obsession growing into a diabolical plan.

One by one, with his mother’s help, he begins to “collect” them, transporting them to a makeshift prison he’s set up in his basement. The Scream Queens have no idea what’s going on, until they find themselves forced to re-enact movie scenes from their horror heyday, a nightmarish process since Max remembers every line and gesture and they haven’t watched them in years. And they definitely don’t remember the new and terrible outcome of the scenes…