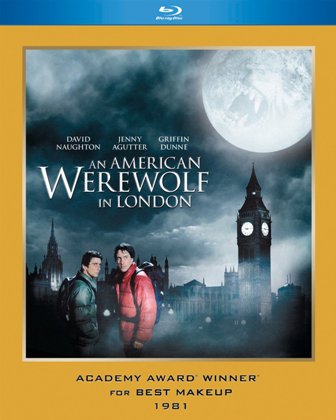 An American Werewolf in London (1981)

When two American students touring London are attacked by a vicious wolf during a full moon, their lives are suddenly transformed forever.

Five university friends gather at a house party to ring in the New Year. Unbeknownst to them, an epidemic has erupted outside, causing outbreaks around the world. With nowhere else to turn, they barricade themselves indoors with only their phones, laptops, and other tech devices. They use their devices to research the possible cause of this outbreak. Information and video footage over flow their computers as they descend further into the cause and the ensuing chaos. As the virus spreads, the mood in the house changes from fear to paranoia. Who is safe? Who can they trust? Reality becomes blurred as they slowly discover the source of the virus causing the sickness…and there is no going back.

Horror maestro Dario Argento (Suspiria) puts his unique stylistic spin on the classic supernatural tale with Dracula, a visually sumptuous retelling of the legendary myth. It s been 400 years since Count Dracula s (Thomas Kretschmann, Wanted) beloved Dolingen De Gratz passed away, leaving the immortal bloodsucker forever abandoned. But when he discovers that local newlywed Mina Harker (Marta Gastini, The Rite) bears a striking resemblance to Dolingen, his furious yearning is reawakened as he believes Mina to be a reincarnation of his beloved. Luring her husband Jonathan away to his castle with the help of his minion (and Mina’s best friend) Lucy (Asia Argento, xXx), Dracula embarks on a bloody quest to reunite with his long lost love and live forever with her in hellish immortality. Only the arrival of vampire expert Abraham Van Helsing (Rutger Hauer, Blade Runner) can put an end to the fiend s unholy plan. Luridly violent and brimming with passionate eroticism, Dario Argento s Dracula is an all-out assault on the senses from one of horror cinema s most celebrated auteurs.

So-yeon (Park Min-yeong), suffers from claustrophobia, the result of a childhood trauma. But she has a nice life as a pet groomer – that is, until the cops give her a cat to look after. Its owner was just murdered in the elevator. That’s when the nightmares start. A little girl, haunting her sleep. So-yeon needs answers. But now, her best friend is dead too, and she doesn’t know what to believe. It can’t be true. Curses aren’t real. Are they?

After a mysterious and bloody massacre in their isolated country house leaves her parents and younger brother dead, 11-year-old Neve is taken by police to friends of the family to be looked after. When Neve tries to explain that an evil force within the house caused her family s deaths, she s met with disbelief from both the authorities and her new family. As the police try to find the crime s real perpetrators, Neve is given a social worker to try to ease her trauma. But before long it becomes apparent that whatever killed her family has followed Neve to her new home, and soon she and all those around her are in mortal danger of the malevolent power that seems to be tied to the innocent girl. A pulse-pounding supernatural thriller, DARK TOUCH weaves the tension of a horror film with the plight of a newly orphaned girl to create a unique examination of the paranormal.

Michelle kills three of her friends in a horrific car accident while driving under the influence. After rehab, Michelle takes a job recommended by her counselor that lands her trapped in a mansion with three psychotic siblings hell bent on physical torture to purge Michelle of her sins.

Based on the Robert Louis Stevenson story: Doctor Henry Jekyll’s enthusiasm for science and his selfless acts of service have made him a much-admired man. But as he visits Sir George Carew one evening, his host criticizes him for his reluctance to experience the more sensual side of life. Sir George goads Jekyll into visiting a music hall, where he watches the alluring dancer Gina. Jekyll becomes fascinated with the two contrasting sides of human nature, and he becomes obsessed with the idea of separating them. After extensive work in his laboratory, he devises a formula that does indeed allow him to alternate between two completely different personalities, his own and that of a brutish, lascivious person whom he names Hyde. It is not long before the personality of Hyde begins to dominate Jekyll’s affairs.

Flavia, a young woman (Florinda Bolkan, Lizard In A Woman’s Skin) in the 13th century, is sent by her overbearing father to a strict nunnery in Portugal. After witnessing the unjust practices inside the convent as well as questioning her own faith, Flavia escapes from the nunnery, but is soon recaptured by the primarily male Church leaders. She is then subjected to torture, rape and whippings by the Church leaders, as punishment for her defiance. Battered and beaten, Flavia then starts planning a violent mission of revenge against the Church and everyone in it. She soon finds herself in a position of freedom and ultimate power, and with a Muslim army in tow, she leads her warriors back to the convent to castrate, rape, and kill all in their path. But will Flavia s power and bloodthirsty quest for revenge be her ultimate downfall? Considered one of the greatest “nunsploitation” titles of all time, Flavia The Heretic is now presented in glorious HD from a brand new master!

A tormented girl (Susan Denberg) drowns herself after her lover is framed for her father’s murder and guillotined. Baron Frankenstein (Peter Cushing), experimenting with the transfer of souls, places her lover s soul into her body, bringing Christina back to life. With no memories of her past life, she becomes driven by a ghostly revenge and carries out a violent retribution on those responsible for both deaths.  Commentary, Hammer Glamour, Gallery and Ep 4 Hammer Stars: Peter Cushing

A young woman (Mischa Barton) who is severely depressed after the death of her parents retreats within herself, only to be drawn out of her depression by an unexpected romance with a young man named Adam (Ryan Eggold). After Adam mysteriously disappears into the depths of a haunted apartment building, she vows to pursue him, even if it means crossing into the world of the supernatural.

Jimmy Morgan is possessed by an evil too powerful to be exorcised by any religion. After escaping from a mental institution, Jimmy returns with a vengeance — and an army of children who follow his every murderous desire. The town trembles in fear as the youths attack and abduct its residents — innocent and guilty alike — dragging their victims to an abandoned castle and subjecting them to grisly torments deep within its underground tunnels. Those who discover the terrible secret behind the disappearances and deaths don’t live long enough to tell it. The teacher, the doctor, even Jimmy’s own brother and mother, will all confront their fates in the Torture Chamber.

Investigators lead by the Samsa Foundation enter an abandoned turn-of-the-century prison looking for answers to a two-decade old murder of a wrongly executed man.  Team leader Daniel Samsa (John Holgren) commissions the executed man’s daughter Carrie (Daisy Leonard) and an ex-con named Hector (Dan Herrera) to summon the spirit of the executed man. Along with the help of a psychic drifter named Jason Brooks (Stu Brumbaugh) and his intuitive friend Frank (Mick ODay), the team soon learns that the mystery they’re pursuing isn’t nearly as horrifying as the secrets hidden inside the jail. Once they find themselves on full lock-down, they must try and escape …

The Beast Of Hollow Mountain
Based on an idea by the legendary special effects wizard Willis O’Brien (King Kong, Son Of Kong, The Lost World), The Beast Of Hollow Mountain is a classic creature feature. An American rancher living in Mexico is staying near Hollow Mountain, an impenetrable swamp where, stories have it, dwells a living prehistoric Tyrannosaurus Rex!
The Neanderthal Man
A mad scientist uses his new serum on his housekeeper, turning her into an ape-woman. Like most crazed scientists, he then tries the serum on himself, creating…The Neanderthal Man! Robert Shayne (How To Make A Monster) and Beverly Garland (It Conquered The World, The Alligator People) star in this harrowing creature feature.