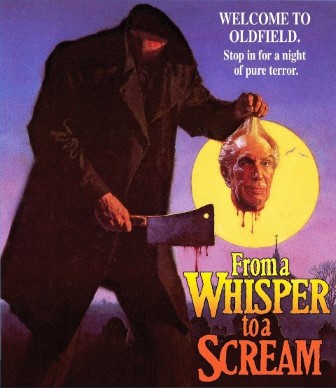 This week’s list was brought to you by the Count from Sesame Street, who hopes that you can count to three… because that’s all we’ve got for you this week, fiends.  At least we get a Vincent Price movie on Blu-ray, right?  Pleasant viewing, fellow gore whores.

A librarian tells of a lusty old man, bayou greed, a glass eater in love, a cruel Civil War sergeant.

Downton Abbey stars Michelle Dockery, Sue Johnston, and Dan Stevens lead the cast in this sinister tale of unspoken horror and psychological terrors. Henry James’s gripping ghost story, The Turn of the Screw, is vividly brought to life in this ethereal adaptation from the BBC. Ann, an inexperienced governess, looks after two young orphans in a seemingly quaint country home. But brother and sister Miles and Flora carry secrets. Soon, the home is filled with supernatural apparitions. In a haunting tale of suspense and murder, the ghosts relentlessly pursue those who believe in them – and curse those who do not. Anyone who says there’s nothing to fear has never lived here.

Rufus is a shy and lonely boy determined to make a new start. Sure he has some quirks. So what if he likes the taste of blood? It’s not like he’s addicted. When a cunning vampire hunter slips into town searching for the fountain of youth, Rufus fears his darkest secret is about to be revealed.