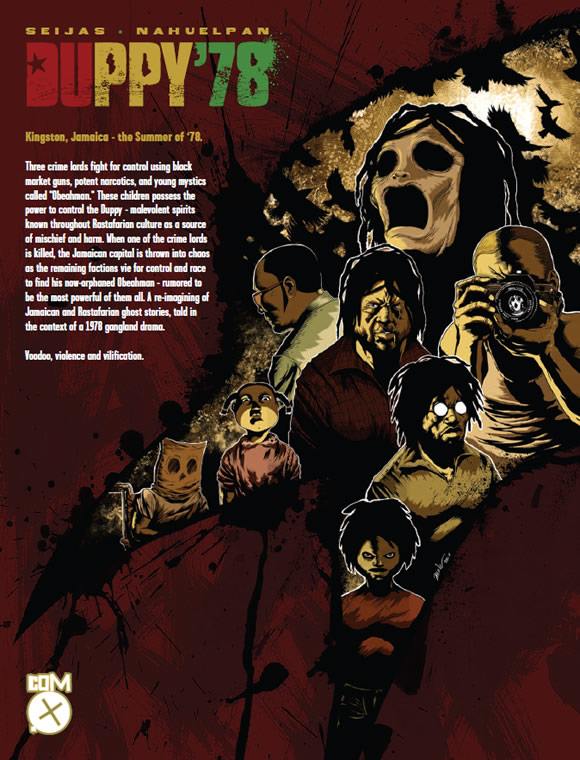 We received a teaser image for an upcoming graphic novel called Duppy ’78.

Duppy ’78 – Three crime lords fight for control using black market guns, potent narcotics, and young mystics called “Obeahman.” These children possess the power to control the Duppy – malevolent spirits known throughout Rastafarian culture as a source of mischief and harm. When one of the crime lords is killed, the Jamaican capital is thrown into chaos as the remaining factions vie for control and race to find his now-orphaned Obeahman – rumored to be the most powerful of them all. A re-imagining of Jamaican and Rastafarian ghost stories, told in the context of a 1978 gangland drama.

The book is written by Casey Seijas and drawn by Amancay Nahuelpan, with coloring by Daniel Warner. Due out in January 2014.