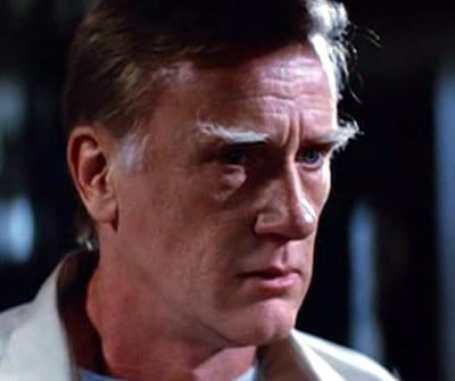 Donald Moffat, Star of ‘The Thing’, Passes Away at 87

Moffat was born in the England in 1930, and moved to the United States in 1956 prepared to taking his acting career to the next level.  He found success on Broadway, having been nominated for two Tony Awards.  The highlight of  his Hollywood career would be portraying Lyndon B. Johnson in 1983’s The Right Stuff, along with recurring roles in the TV series Logan’s Run and Dallas.  His IMDB credits include 121 acknowledged roles, spanning an incredible 49 years.  He retired from acting in 2005, with his final role being that of a judge on the hit series Law & Order: Trial by Jury.

Horror fans surely recognize Moffat as well, most notably as that of Garry in John Carpenter’s masterpiece The Thing (1982.)  However, he appeared in numerous horror-related movies and shows over the years, including Monster in the Closet (1986) and The Twilight Zone series reboot (1985.)

A very underrated character actor, Donald Moffat will be missed by movie fans everywhere, including here at HNN.  He is survived by his wife, four daughters, ten grandchildren and three great-grandchildren.  We offer our condolences to his friends and family in this difficult time. 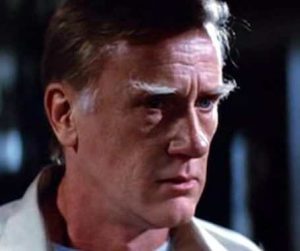