As always, it’s a deadly guessing game. Who’s behind the Ghostface mask? It’s always someone you know. But three new Scream posters unveiled this week take the game to a new level.

Is it a clue? A red herring? Another publicity stunt? Fans will have to wait until the next Scream hits theaters Jan. 14, 2022 to find out.

This fifth installment in the Scream franchise–directed by Matt Bettinelli-Olpin and Tyler Gillett from a screenplay by James Vanderbilt and Guy Busick–takes place 25 years after those horrible murders rocked Woodsboro. Now, “a new killer has donned the Ghostface mask and begins targeting a group of teenagers to resurrect secrets from the town’s deadly past.”

The original 1996 Scream–directed by Wes Craven from a screenplay by Kevin Williamson–follows high school student Prescott as she becomes the target of the murderous Ghostface. The first film raked in $173 million on a $15-million budget and started a franchise that has–to date–grossed more than $600 million worldwide. 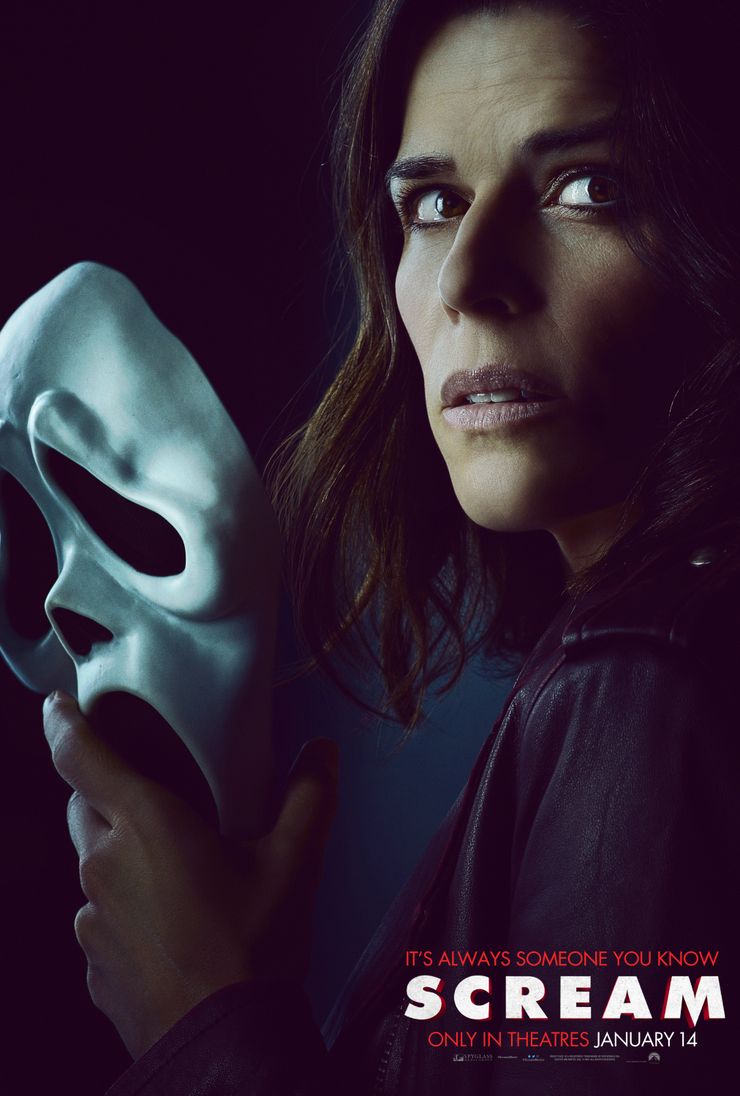 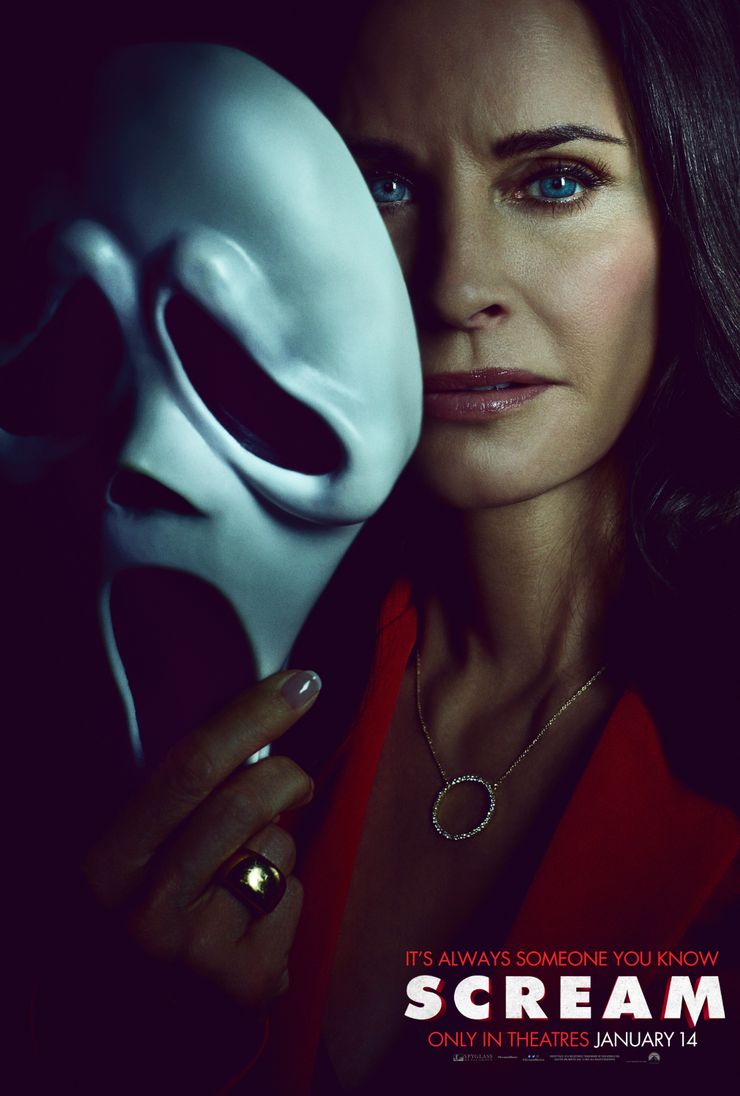 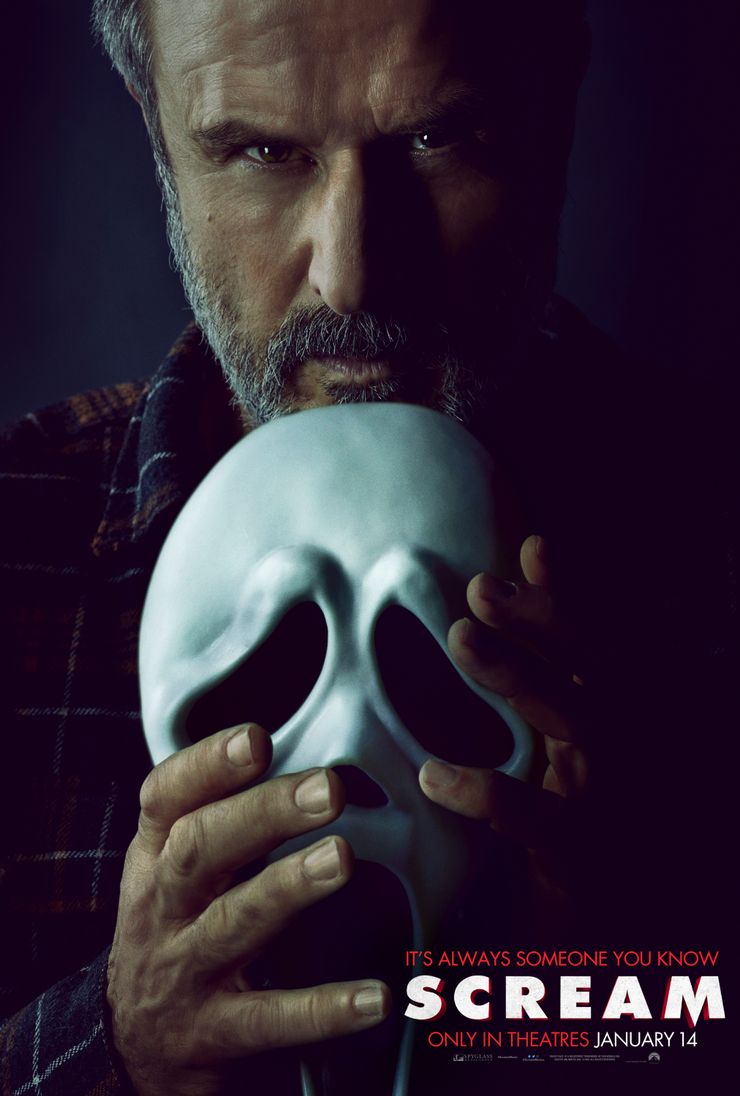