Smile–a new horror film from writer/director Parker Finn–lands in theaters next month, and a creepy poster has been unveiled to put a grin on the faces of horror fans everywhere. Check it out–courtesy of Collider–on this page.

In the film, Dr. Rose Cotter (Sosie Bacon) “starts experiencing frightening occurrences that she can’t explain after witnessing a bizarre, traumatic incident involving a patient,” according to the synopsis.

As terror takes over her life, Cotter “must confront her troubling past in order to survive and escape her horrifying new reality.” 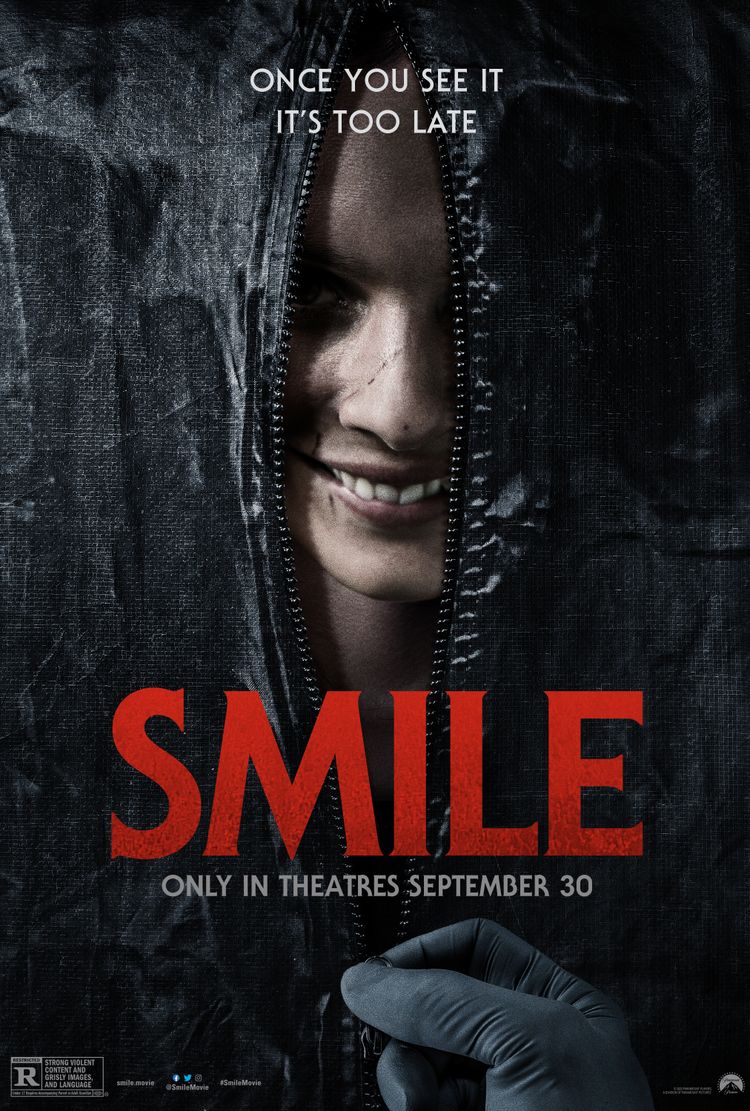 Final Trailer For ‘Smile’ Will Set Your Teeth On Edge

Featurette For ‘Smile’ Drops Before Debut Late This Month

Vampire Movie ‘Smile’ On The Drawing Board For Netflix