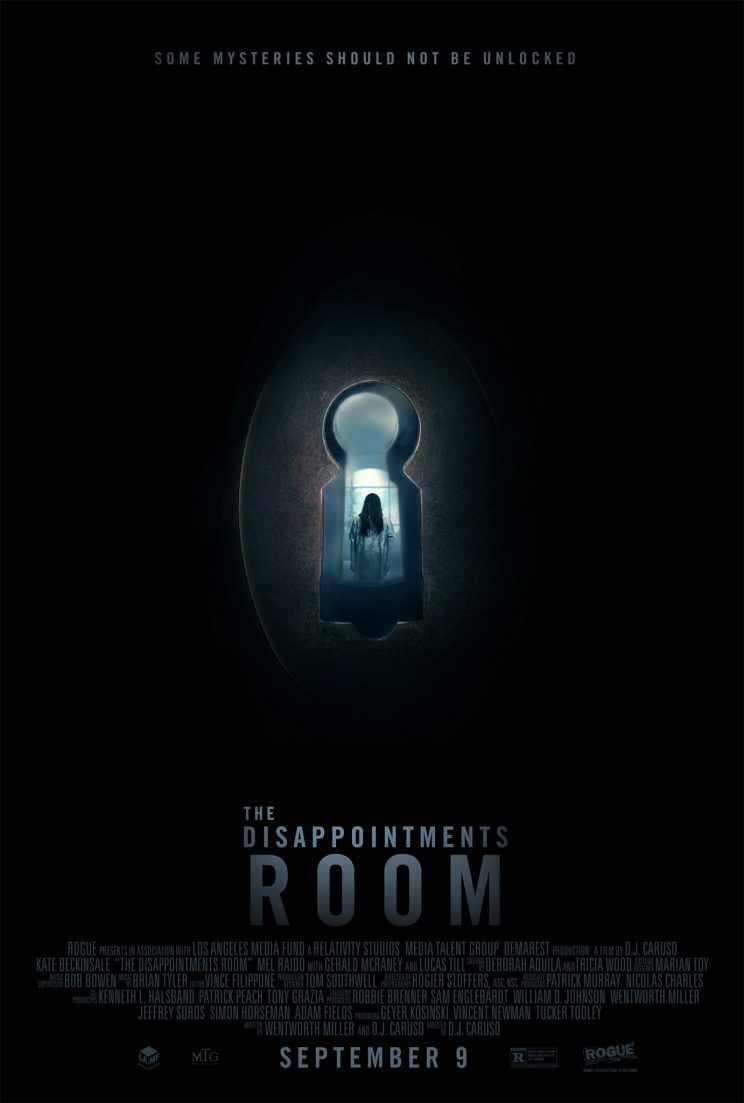 Relativity Pictures released the first trailer for the upcoming Kate Beckinsale thriller The Disappointments Room today.  The film also stars  Lucas Till (X-Men Apocalypse), Gerald McRaney (House of Cards) and Michela Conlin (Bones) and will be released in theaters nationwide on September 9th, 2016.

The film centers on typical “don’t open that locked room” horror motifs and Kevin Polowy of Yahoo! Movies uncovered the meaning behind the film’s title, stating that “Historically, the film’s title refers to rooms that families in the 19th century would use to hide children with disabilities, which might provide some clues to what poor Dana (Beckinsale) and clan will be contending with once she unlocks it.”

The Disappointments Room is directed by D.J. Caruso of Disturbia fame, marking a return to the horror/suspense genre for the director after a nine year hiatus.