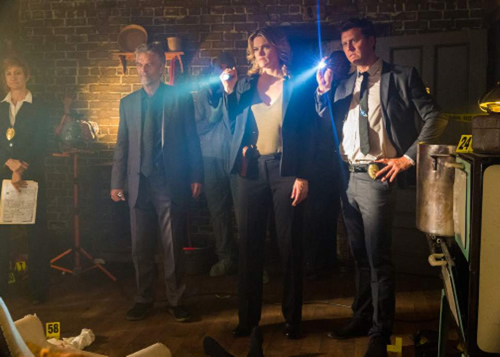 In the overall world of horror, obsession is truly frightening. Obsession can take on many forms in fandom. Fans become obsessed with their favorite genre films, characters, scenes, creators or in this case, commentary on a film. Written by Penn Jillette (Penn & Teller) and directed by Adam Rifkin (Chillerama), Director’s Cut is one of the year’s darkest, and most uncomfortable genre films. Released by Epic Pictures, Director’s Cut stars Jillette, Missi Pyle (Pandemic), Harry Hamlin (Clash of the Titans), and Hayes MacArthur (Super Troopers 2). The film focuses on the character Herbert (Jillette) who opens the film by giving us his directors commentary for the action, buddy cop feature which Pyle, Hamlin, and MacArthur are currently filming. As we listen to Herbert give his thoughts, reactions, film lingo, and criticism about the film, you realize that something does not seem to be right with Herbert observations and his access to the set, talent, and footage. With each scene and each day of production that goes by on the film, we learn that Herbert is not what he seems and may not be the director he claims.

I was truly surprised by and enjoyed Director’s Cut. The film has been tagged as “meta” horror for the rules and reflective storytelling. The duo of Rifkin and Jillett, put together a film that may be one of the most complete genre projects of 2018. Director’s Cut shows us the wrongs of fan funding and how these things can go very bad. In a fantastical way, the film presents how productions can sell every aspect to fund and make their film through fan support. A sad but true statement and reality, Director’s Cut is that elusive blend of a horror/humor hybrid. For many filmmakers, this is difficult to fully execute or grasp. With both styles similarly close, Director’s Cut understands how to not only execute these styles but to set up a pace effectively.  Rifkin, who is known to have tapped into the hybrid with Chillerama plays the director of the film to perfection. Jillette, who has been a showman for many of years, understands how to create a “prestige” and make the audience believe what is front of them while not paying attention to the things that are going on around them. Rifkin and Jillette makes you believe (even if only for a little while) that the director is Herbert and build sympathy for him. Jillette’s performance is convincing. It offers enough to hook you, and have you followed him down the rabbit hole.

Casting Jillette as the lead next to Pyle, was a brilliant move. Who better to play the obsessed fan more than the man who, not only has probably dealt with it over his career, but wrote the character. Both performers have similar heights which builds an equality in Herbert’s mind and especially for Jillette’s broad size, crazy hair style, and sympathetic personality, it embodies the stalker persona that only comedians can pull off like we saw in One Hour Photo with Robin Williams and The Cable Guy with Jim Carrey. The rest of the cast is just there. They add some humor and dysfunction to this zany story, but it is really Jillette that stands out in this film.

Director’s Cut is without a doubt a dark comedy. It is that obsession and belief that is frightening. It breaks the fourth wall, connecting us as voyeurs with Herbert. Filmmaking elements like the access on set or the blatant and obsessive arrogance Jillette’s Herbert has when he is breaking down of the film during the commentary are tense. The voyeuristic use of the camera. How the footage of Pyle and how close he gets to her character that takes a turn towards exploitation horror film.  However, Director’s Cut could have been more brutal and scarier. I appreciate the levels that Jillette and Rifkin were willing to push. They show just enough to make the viewer’s mind wonder about where this is going no matter how outrageous it might get. This is partly due to the humor infused and brought by Jillette. At the beginning it is a release, but it slowly turns into an aid to build the tension as the film progresses.

The final act is a bit over the top but still frightening in certain scenes. Again, it makes me wonder what Jillette has done in his life or has been around in showbusiness to write a screenplay like this and select Rifkin. No matter what, Director’s Cut is a surprise and reflects the filmmaking culture where we must sell our artistic souls as these projects get larger, more expensive, and give the fans a chance to buy in vicariously making them a bit too close and entitled. Find Director’s Cut Blu-ray/DVD combo and VOD and more right now. 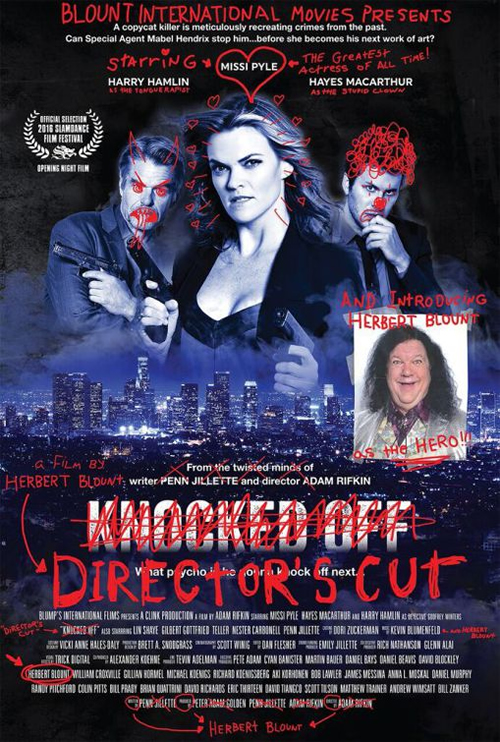