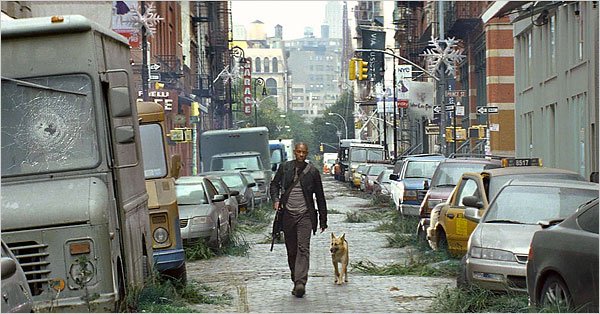 Were you disappointed with the most recent adaptation of Richard Matheson’s seminal vampire apocalypse tale I am Legend?  Well, it turns out that the director of the film agrees with you!

In an exclusive interview with Screen Rant, director Francis Lawrence admitted that he would have preferred making a more faithful adaptation of Matheson’s novel.  Lawrence told Screen Rant that “…we could have just done basically the story of the novella straight up and made the same amount of money in terms of ticket sales because people went I think for the last man on earth. They would have accepted the nihilistic ending, they would have accepted vampires instead of people with infections.”

Lawrence went so far as to say “We could have literally made the book, which I would have been much happier with, but you know when you’re spending that much money you’re panicking that you’re making this weird little kind of art film about a guy alone with a dog in New York and you’re trying to, you know, sort of create that spectacle.”

I am Legend has already been adapted three times, starting with Vincent Price’s The Last Man on Earth in 1964, continuing with the gonzo Charlton Heston film The Omega Man in 1971, and ending with the most recent Will Smith star project in 2007.

With Hollywood’s penchant for reboots, don’t be surprised to see another film version of the novel (which directly inspired Romero’s Night of the Living Dead and every modern zombie and realistic vampire story since its publication in  1954) in the studio pipeline soon.  Let’s just hope they do it right this time…

Stay tuned for further updates on a reboot and be sure to keep coming back to Horror News Network for your daily horror fix.

‘I Am Legend’ Sequel To Unite Will Smith, Michael B. Jordan

If You Want Creatures In Your “Training Day,” “Bright” Is For You