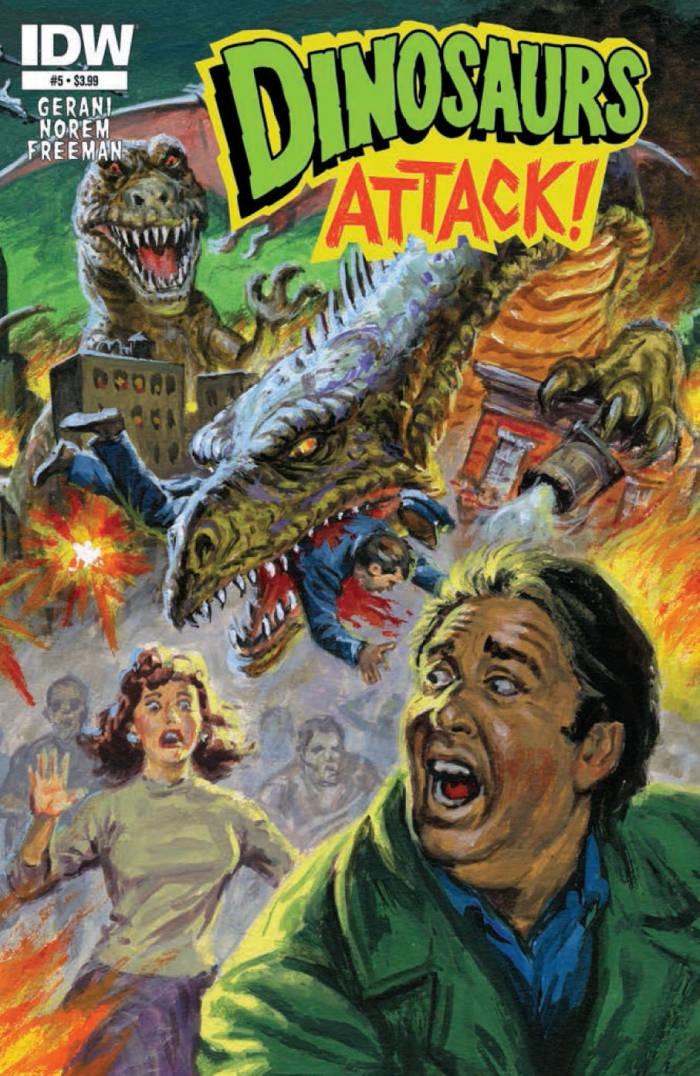 IDW Publishing has provided us a preview of the new Dinosaurs Attack comic.

The final battle between humanity and the prehistoric invaders resurrected by Prof. Thorne! Will anchorman Bob Gowen save lives with his newscasts and ward off the attack of a monster lizard? Can the U.S. military stop an army of flesh-hungry behemoths hell bent on mass depopulation? And will a gun-wielding Helen Chambers make the right decision, even as a possibly mad Elias Thorne takes on a real or imagined dinosaur diety for the future of planet Earth?