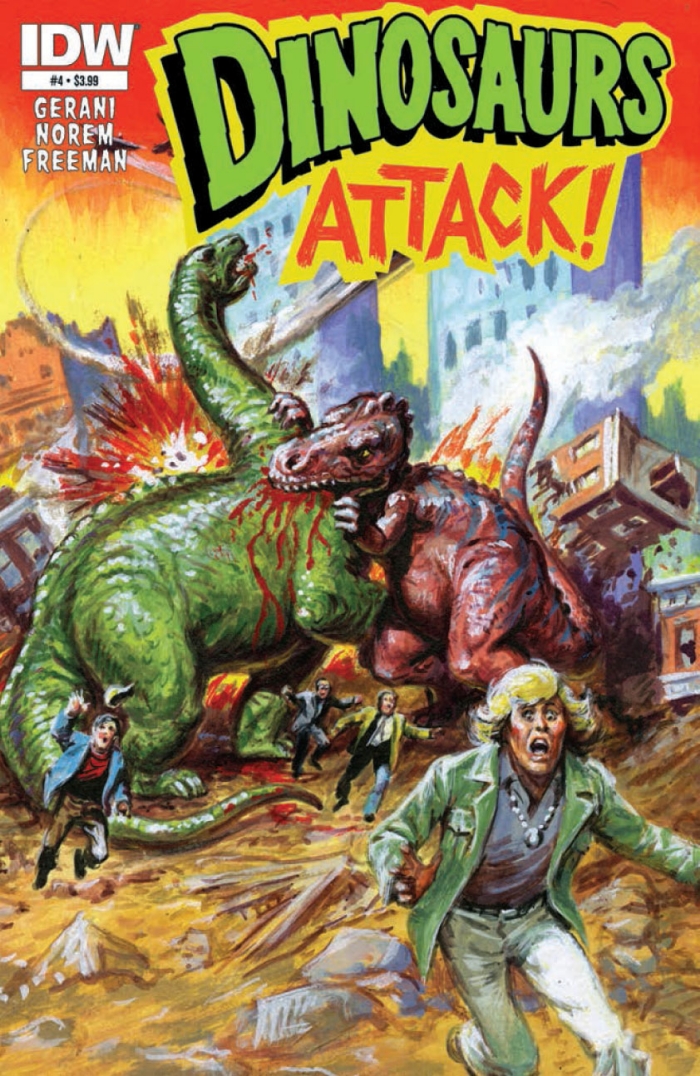 IDW Publishing has provided us a preview of the new Dinosaurs Attack comic.

Earth continues to take a savage beating from the ever-materializing flesh-hungry dinosaurs! Reporter Bob Gowen fearlessly defends his Ohio broadcasting station, even as psychiatrist Ambrose Woolly and scientist Helen Chambers combat the devil within Elias Thorne’s soul — or is this preternatural threat much more than that, and much worse? Terror reigns as time begins to run out for the besieged, dino-imperiled human race…!