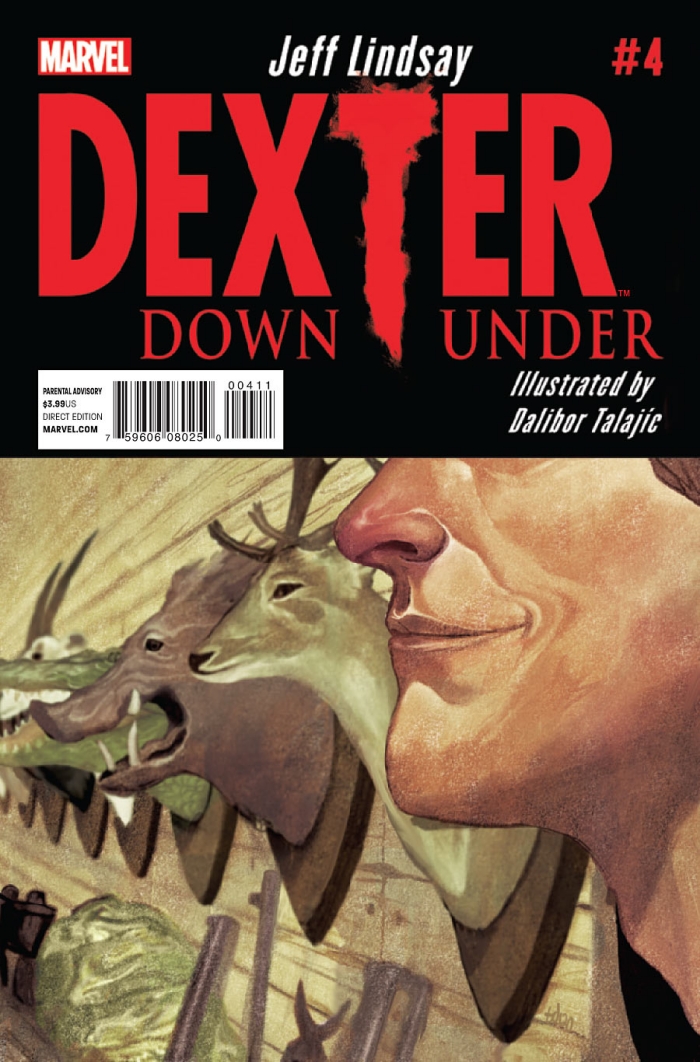 Dexter: Down Under #4 preview

Dexter Morgan, the serial killer of serial killers, is on the trail of a new murderer…but he’s away from his cool Miami beat and feeling the Australian heat! When everything is flipped Down Under, Dexter isn’t the hunter—he’s the prey! Not only is Dexter being stalked, he’s trapped in a private big game preserve—where humans are the game! Will this one end with a bang?