When a movie starts out with Metallica’s version of Am I Evil? playing during the credits, you can bet that I’m going to give it a shot. When the next scene features a guy getting up from his bed in the middle of the night to plug in his red flying V so he can chug some open E with his Marshall amp cranked all the way up, you can bet that I’m super-interested. However, it’s not until his mom comes in to shut that shit down and he responds by smashing her over the head with that guitar and sending her tumbling down the stairs that you can bet your sweet patootie I am 100% sold!

Ethan Embry, who apparently joined Ryan Reynold’s gym and hired Dave Mustaine’s hair stylist since his Empire Records days, plays struggling painter and heavy metal aficionado Jesse. While Jesse obviously has a unique art style, he must unfortunately push that aside to do not-so-satisfying commercial work to help pay the bills. His equally metal-loving teenage daughter Zoey (played by Kiara Glasco) has a great relationship with her dad and the two seem almost inseparable. Mother Astrid (Shiri Appleby) rounds out the family and appears to be the breadwinner of the heavy metal family.

Jesse and the family visit a farmhouse that is up for sale and the deal is apparently too good to pass up. We know the reason it’s cheap as we’ve already watched Ray Smiley (Pruitt Taylor Vince) strum his chords there before offing his mom and dad in said house. However, unlike the realtor in The Amityville Horror, this one actually tells the family that two people died there (he lays it out as an accident though.)

The family decides that they can’t pass up on the deal and take the house that Astrid’s job and Jesse’s commissioned art can afford. Soon though, as tends to happen in haunted houses, things start to go awry. It begins with Jesse hearing voices in his new studio and he defaces the commissioned project that he’s been working on it by smearing oil painted screaming faces all over it. (Great music choice here as By Demons Be Driven by Pantera plays as Jesse is “driven” to paint the horror that he paints.) And then, as if that wasn’t bad enough, Ray Smiley decides to head back to his old home.

Without getting any more spoilery, I’ll let you know that things go from bad to worse as can happen when you’re living in a haunted house that is frequented by the killer who last lived there. Ethan Embry does a fantastic turn as the metalhead/painter/father and pulls from his natural nice-guy attitude to show the strong bond between him and Kiara Glasco who also does an awesome job in this film. The stealer of the show though is Pruitt Taylor Vince. Vince effortlessly weaves his way between sympathetic to pathetic to terrifying and every moment of screen time he gets creates a crazy uncomfortable moment for the viewer.

Do yourself a favor and check this one out. No, the premise is not the most original one in the world and I’ll admit that there are a few minor plot holes but what sophomore writer/director Sean Byrne (The Loved Ones) gets right here, he really gets right; the man knows how to set an ominous tone and scare the shit out of you.

And he also knows that if you begin a film with a Metallica song, you must also end with one. Cue For Whom the Bell Tolls. 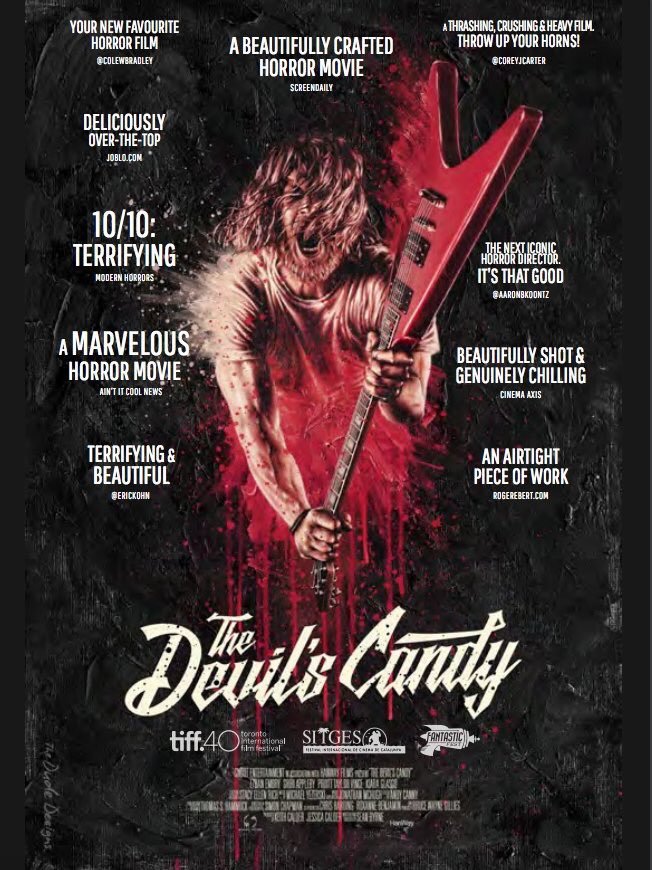