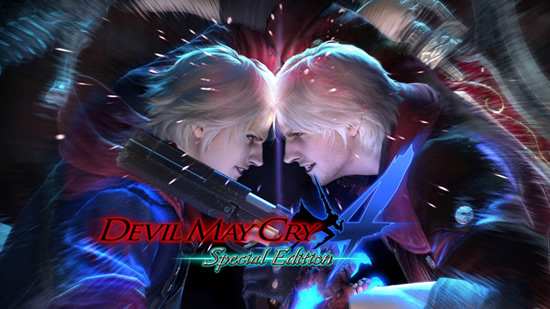 Devil May Cry 4 Special Edition is currently in development for PC, PlayStation®4 computer entertainment system and Xbox One, the all-in-one games and entertainment system from Microsoft, and will be available to purchase as a digital download in Summer 2015. The Special Edition will include the original 2008 release, which went on to sell over 3 million copies worldwide, plus three new playable characters, Legendary Dark Knight Mode and additional gameplay improvements. Today, the first trailer has been released to showcase the new and improved features from this critically-acclaimed chapter in the legendary Devil May Cry series.

In Legendary Dark Knight Mode, first introduced in the PC release of Devil May Cry 4, console players will now be able to take on the challenge of fighting hordes of enemies all at once, putting their stylish combat skills to the ultimate test. In this mode, enemies spawn in greater numbers and with more strength and vitality, allowing players more time to execute longer, more exciting combos.

Devil May Cry 4 Special Edition features freshly powered-up visuals on PC and next gen consoles, supporting a 1080p resolution and stunning high-res textures, and also retains the original title’s smooth 60fps. Further improvements to the game tempo and balancing will be made, while maintaining all the quality of the original game.

In addition to these new features, there will be a set of new costumes and skins that are designed to be completely compatible with in-game cutscenes. This will bring a fresh new look to scenes some fans may have seen before.

About Devil May Cry 4 Special Edition

On the coast of a distant land lies the castle town of Fortuna. It is here that the group known as the Order of the Sword practices a mysterious religion. They revere the demon warrior Sparda, who, as their god, fought to protect humans, and are committed to the extermination of all demons.

In Devil May Cry 4 Special Edition, Nero, a young knight from the Order, is tasked with finding Dante, the mysterious assassin who murdered the head of the Order of the Sword. At the same time, more demons begin to appear throughout the city.

Nero will soon come to discover the motives behind Dante’s appearance and the truth behind the intentions of the Order of the Sword.