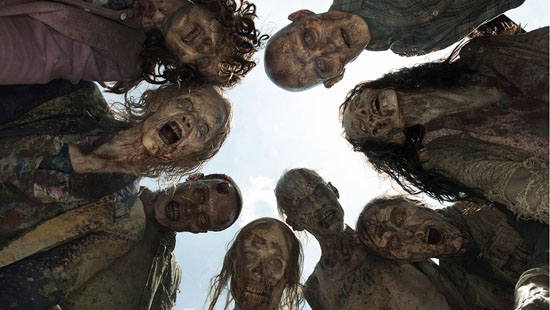 AMC’s new ‘Walking Dead’ companion series is in the pilot stage. Confirmed as a prequel, the project is known as ‘Cobalt’, and takes place at the beginning of the zombie apocalypse in in Los Angeles, a time period that the comics have never covered. Cliff Curtis will star as Sean Cabera, who shares custodiy of his son with Andrea, his ex-wife. Nancy Tomkins, who has yet to be cast, is the female lead character and guidance counselor who works with Sean. Frank Dillane plays Nancy’s son Nick, who has had a past drug problem. Alycia Debnam Carey plays Nancy’s daughter Ashley, who is very different from her brother, with big ambitions, and dreams of traveling to Berkley after the apocalypse begins. Many other supporting roles are in the process of being cast. AMC has declined to give any details about it’s new series, and has only confirmed that it has given a green light on the pilot.