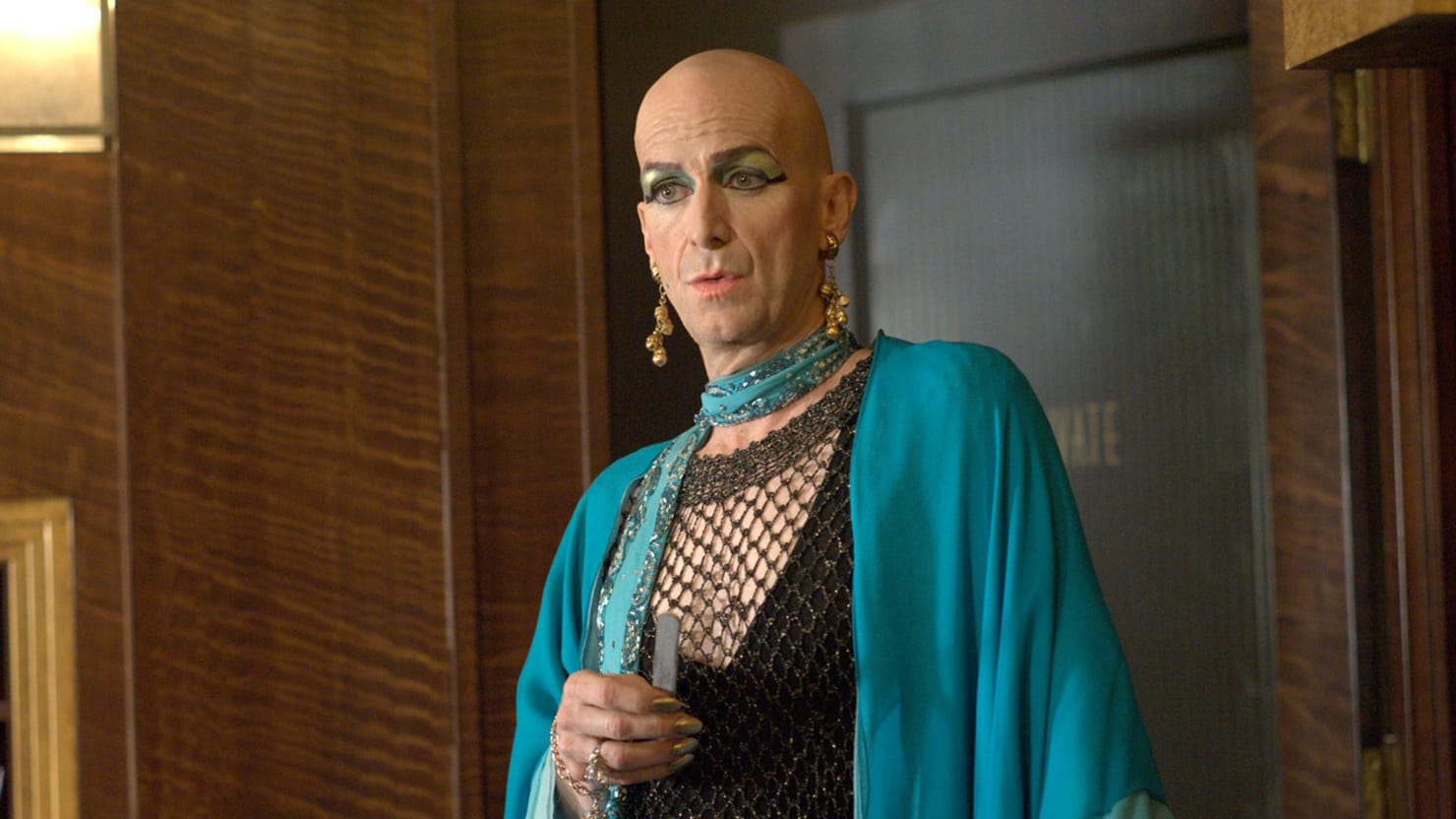 Denis O’Hare is arguably one of the best parts of both American Horror Story and True Blood. Now that True Blood has concluded, fans can still look forward to a new cutting-edge performance from O’Hare with each new season of AHS. While this constant reinvention is an utter delight for fans, he recently revealed that it’s certainly a “harder work day” than playing Russell Edgington in True Blood.

CinemaBlend recently interviewed O’Hare at Portland’s Heroes and Villains Fest, where he provided a surprisingly candid response to a question about the differences between working on both shows. Here’s what he had to say:

“The vibe on True Blood is very different than Horror Story. True Blood was a very fun cast and a very fun set. Horror Story is a little less cohesive in terms of a family, it doesn’t really feel like a family. It’s a harder work day, just because the material is a little more upsetting or challenging. It’s hard to compare. All these shows feel different because they’re shot in different places, the writing teams are different, the showrunners are different. It’s kind of like comparing kids.”

It makes sense that the rotating stories, settings, casts, and roles could make for a different shooting experience than the consistent nature of a series like True Blood. And he has a point that many of his AHS characters have faced numerous upsetting and challenging issues in comparison to the more romanticized nature of True Blood.

Although he may not be having as much fun on the set as he did on True Blood, Denis O’Hare remains one of the most interesting and engaging elements of every new season of American Horror Story; and it sure has been a pleasure watching him breathe life into all of his new characters. He line about “comparing kids” shows the love and dedication he has for all of his performances.

Stay tuned to Horror News Network for more updates on American Horror Story as they break!