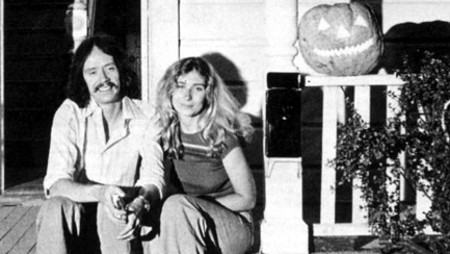 The role of women in horror, though getting more attention with each subsequent year, still remains woefully underrepresented. From Mary Shelly to The Soska Sisters, members of the female gender have played a crucial role in the creation, propagation, and reception of the horror genre but their relationship with horror, like many cultural institutions, has been problematic and often used as a polemic to justify and naturalize forms of repression. Typecast since the beginning of cinema as victims or villains, women can’t catch a break as they are often reified, blamed, and denigrated in films (not just horror), but they are also expected to be objects of desire and virtue simultaneously.  The “final girl” has to be masculine in her ability to fight back and survive but feminine in her hysteria and vulnerability. Although there are virtually no film genres that can be held up as paragons of feminist empowerment, the slasher film has been particularly notorious for its ultra-conservative portrayal of women.  While these films won’t be winning any National Organization of Women awards, their misogynistic reputation is somewhat overstated and is totally uncalled for in regards to many films of this genre. A perfect example is one of the most classic, the film that kicked off the slasher craze, John Carpenter’s epochal Halloween. Often held up as a puritanical warning against casual sex and uninhibited female indulgence, the co-writer/director explained:   “It has been suggested that I was making some kind of moral statement. Believe me, I’m not. In Halloween, I viewed the characters as simply normal teenagers.”  What enhances this normality is the fact that the young women’s dialogue was written by a woman, one of the most unsung women of horror, Debra Hill.  As a writer, producer, and director, Hill was a vital force in 80’s and 90’s horror, helping to bring Carpenter’s iconic vision to the screen as well as establishing her own take on the genre which placed smart, resourceful women in the forefront of her works.  In celebration of Women in Horror Month, HNN honors a true maverick: Debra Hill!

Debra Hill was born in Haddonfield, New Jersey (yes, that’s where Michael Myers’s hometown got its name) in 1950 and grew up in nearby Philadelphia. A film fan from early on, Hill went to Los Angeles in 1972 to work in the entertainment industry and started out as a script supervisor for the Karl Malden/Michael Douglas TV series The Streets of San Francisco. She also worked as a production assistant, assistant and second unit director for documentaries but felt frustrated by the lack of opportunities for women on the production side of film and by the prejudice she experienced in a male dominated industry: “I was assumed to be the makeup and hair person, or the script person. I was never assumed to be the writer or producer. I took a look around and realized there weren’t many women, so I had to carve a niche for myself.”  In 1975, she worked as a script supervisor and assistant editor on a film called Assault on Precinct 13 where she befriended the director John Carpenter. Impressed by her energy and creativity, Carpenter saw in Hill an equal collaborator that could make valuable suggestions and raise his art to another level. Their first collaboration would be one of their finest when in 1978, Hill and Carpenter would transform a cheap exploitation concept of babysitter killings into the iconic Halloween. Hill would co-write the script, co-produce the film, and even act as Michael Myers’s hands in some shots.  Hill’s contributions to the script are what make the film so real and so horrifying at the same time: by writing well rounded characters that are likeable and sympathetic, the viewer feels the violence visited on these regular people; these deaths mean something. The believability of their dialogue and their balance of virtue and vice makes for characterizations that bring gravity to the tragic events that are visited on them for no apparent reason.  These everyday, normal people, much like us, are cut down by a cruel, malevolent universe that offers no explanation, rationale, or motive for its vicious actions.  This force is personified in the Shape, Michael Myers, and it was Hill who realized that a white, emotionless Captain Kirk mask could be evil: “The idea was to make him [Michael Myers] almost humorless, faceless — this sort of pale visage that could resemble a human or not.” If Carpenter’s Dr. Loomis is Captain Ahab on a mad quest to right the wrongs of the past, then Hill’s Michael Myers is Moby Dick, the symbol of inescapable fate and an uncontrollable, indestructible power that tramples over the individual.  The unfortunate victims of Michael Myers are not murdered because they have sex, smoke pot, or swear: they are just in the wrong place at the wrong time when fate lashes out. That kind of arbitrary terror seems much worse as there is no amount of repentance or self-control that can save you from the indiscriminate horror of a cold, vindictive cosmos.

Following the massive success of Halloween, Carpenter and Hill would collaborate on another horror masterpiece. Inspired by an eerie miasma seen creeping over Stonehenge while they were on vacation in England, Carpenter and Hill made The Fog in 1980, a stunningly atmospheric film that moved in entirely different directions than Halloween.  Co-writing and producing again, Hill would also be instrumental in the extensive reshooting that Carpenter felt was needed after the first cut was completed.   In 1981, Hill would be intimately involved in two Carpenter projects, Halloween II (co-writing and producing) and the ultra-cool Escape from New York (co-producer and providing the voice of the computer system at the US Police Headquarters).  After  co-producing the controversial but fascinating Halloween III, Hill would move on to produce David Cronenberg’s adaptation of Stephen King’s The Dead Zone (1983) and the cult classic Clue (1985). In 1986 she would form a production company with Lynda Obst (Hill/Obst Production), producing such films as Big Top Pee-wee (1988), Adventures in Babysitting (1987), and The Fisher King (1991).  Hill then branched out into television producing a series of remakes of famous 1950’s juvenile delinquent/ sci-fi films such as Attack of the 50 Ft. Woman (1993), Reform School Girl (1994), Dragstrip Girl (1994), and Motorcycle Gang (1994). Hill would also realize her dream of directing, filming episodes of the HBO show Dream On and the syndicated horror anthology Monsters. In 1996, Hill would reteam with Carpenter on the sequel to Escape from New York, Escape from L.A.  Replicating her roles on the original, Hill co-wrote and co-produced the film.  Hill would consult on several of the Halloween sequels but must have realized that the magic of the original was in the memorable teenagers and not in the one dimensional Myers. Unfortunately, Hill and Carpenter would produce the totally unnecessary remake of The Fog in 2005.

Although Hill would pass away from cancer in 2005, her influence on the horror genre continues to grow and earn her accolades from new generations of horror artisans.  Hill proved that not only is a woman capable of creating horror that is both terrifying and intelligent but that feminine perspectives are intrinsically necessary for the art of horror to evolve and stay meaningful.  In 2003, Hill received an award from the Women in Film organization and remarked “I hope someday there won’t be a need for Women in Film. That it will be People in Film. That it will be equal pay, equal rights and equal job opportunities for everybody.” Hill deserves to be spoken of in the same reverent tones that her famous collaborator is. As Mr. Carpenter said of working with Debra Hill, “[It was] one of the greatest experiences of my life – she had a passion for not just movies about women or women’s ideas but films for everybody.”