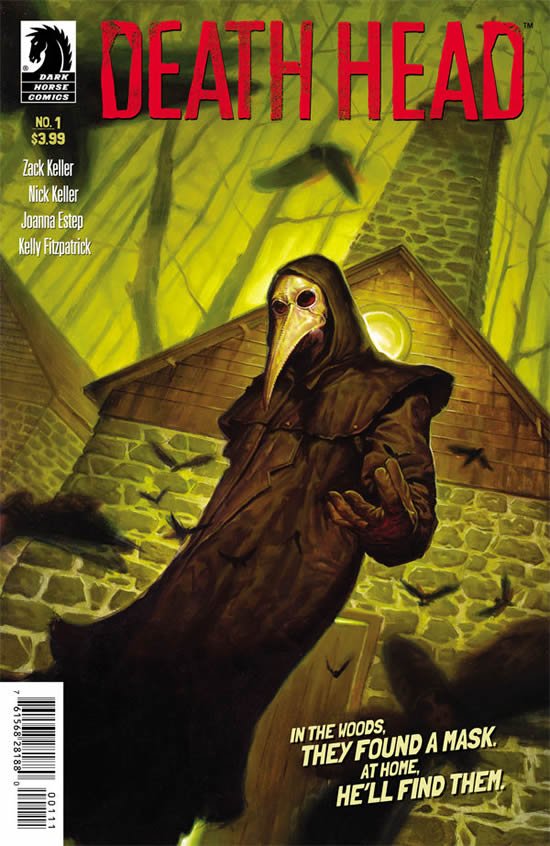 Synopsis:  Niles and Justine wander into an abandoned village and discover that they are not alone.

Our Thoughts:  The first issue of Dark Horse Comic’s new series Death Head starts off in a familiar place for any horror fan: lost hikers encounter evil in a “cabin in the woods.”  The story reads like a modern HBO series with quick jumps to multiple storylines.  While this works on the small screen, it is not as effective in the graphic story telling format.  The reader is thrown into the deep end of the pool right at the start with the mystery, but then the narrative slows down to incorporate too many competing (although somewhat related) storylines.   The artwork by Joanna Estep is filled with classic Creepy Magazine imagery including a swarm of Death’s Head moths, urban legends come to life, and a killer with an ancient plague doctor’s mask.  This story is tough to judge on one issue as the many stories are just beginning to unfold, but it does seem like this was written to find its way to a cable network as fast as possible, and not for the medium that it is being published in.