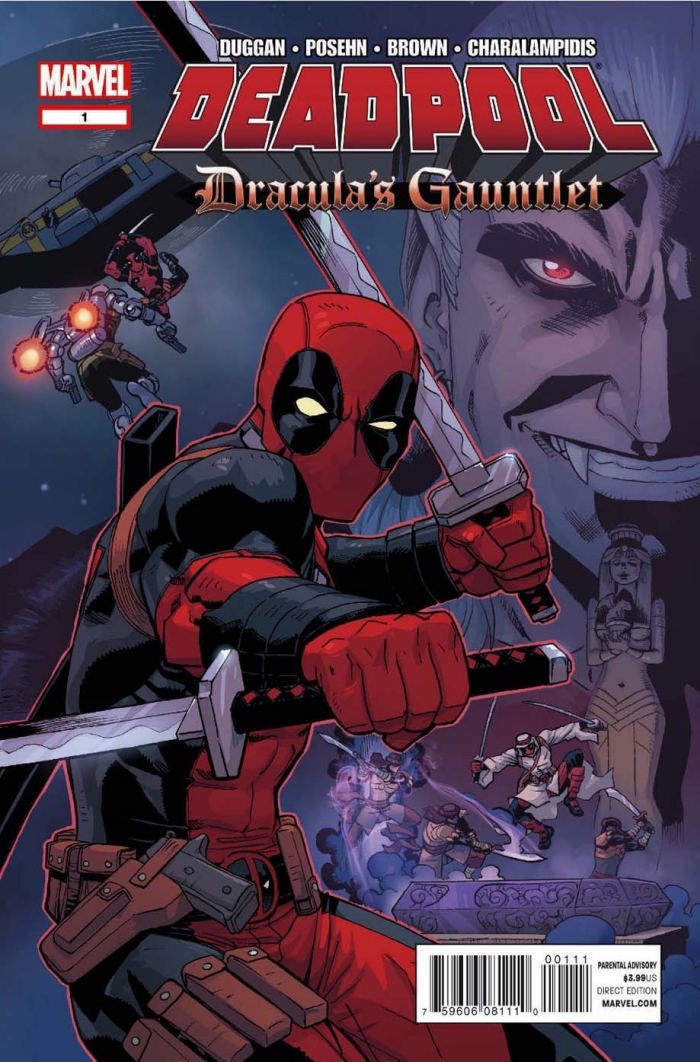 Marvel Comics has provided us a preview of the new Deadpool: Dracula’s Gauntlet comic.

You saw Deadpool’s marriage to the succubus queen Shiklah, now see their first meeting and romance! The hit series originally presented as a Marvel Infinite Comic makes the leap to the paper medium for the first time! When Dracula hires Deadpool to transport a highly-valuable delivery for him, he has no idea what kind of trouble he’s in for. Guest-starring Blade, M.O.D.O.K., Hydra Bob, Werewolf by Night, and more-hop on with Deadpool for a crazy journey across the world…and into the heart of the Merc with the Mouth! Note: part of issue #1 contains content from the free Deadpool: The Gauntlet #1.