Now, that’s a look nightmares are made of.

Evil Dead Rise–the upcoming entry in the horror staple–hits theaters next spring, and a first look at one of the Deadites prowling through the film is now available. Check out the ghastly ghoul on this page. 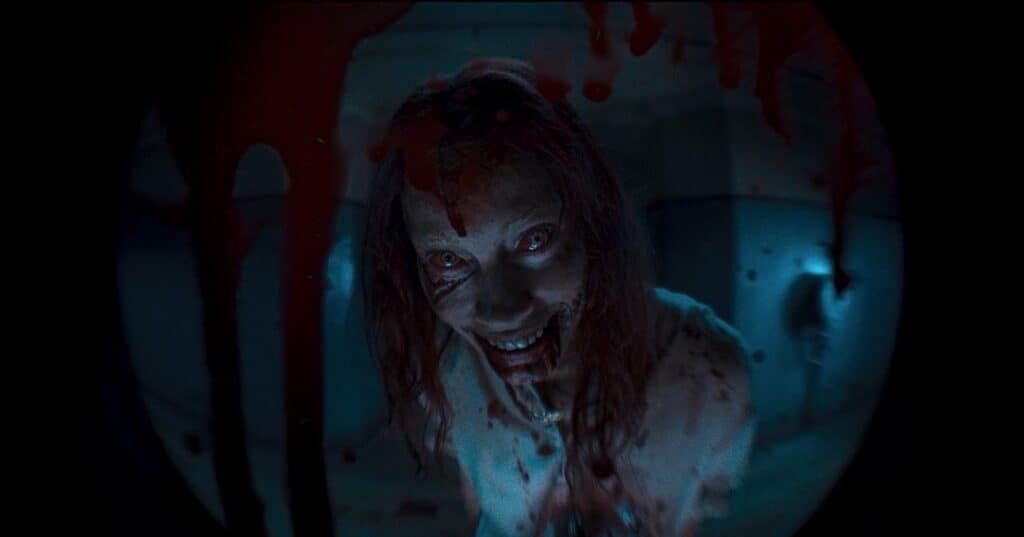 This installment in the Evil Dead franchise–slated for an April 21, 2023 release–comes from writer/director Lee Cronin, and follows Beth as he pays a visit to her older sister Ellie in Los Angeles. But things go south when they discover “a mysterious book deep in the bowels on Ellie’s building,” according to the synopsis.

This discovery leads to a horde of “flesh-possessing demons, and thrusts Beth into a primal battle for survival–as she is faced with the most nightmarish version of motherhood imaginable.”

Bruce Campbell–a franchise mainstay and a producer of the new film–has said he’s “very excited” about this entry. “It’s dark,” he said. “It’s a very adult Evil Dead movie. It’s pretty tough and hard-hitting. It’s going to creep you out.”

Keep reading Horror News Network for the next update on Evil Dead Rise.