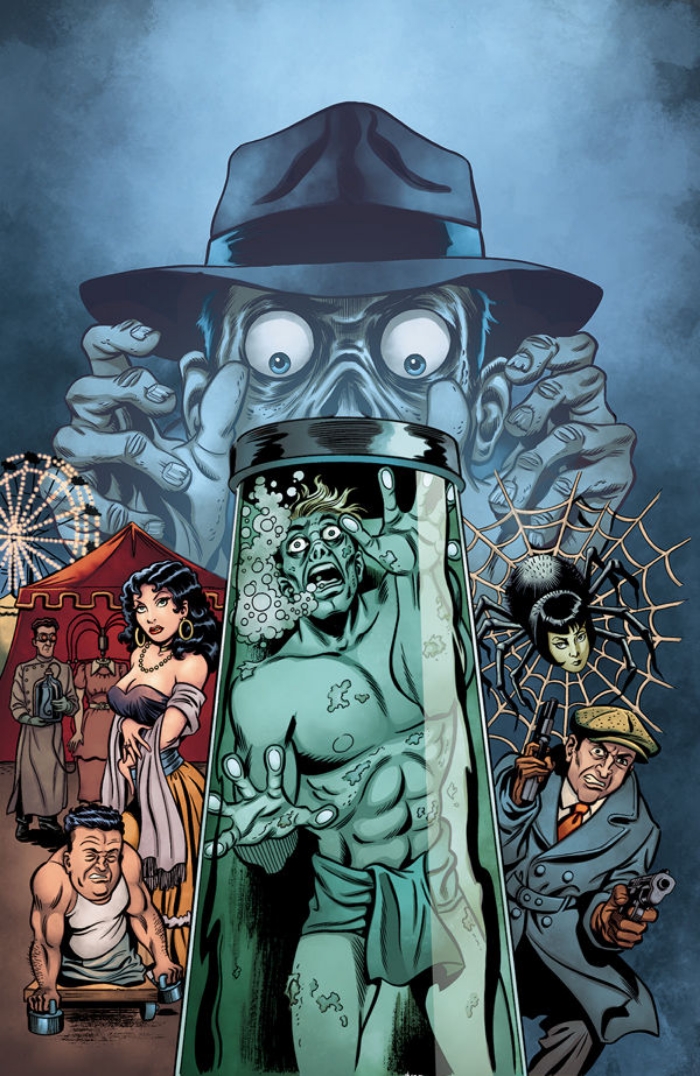 Dark Horse Comics has provided us a preview of the new Dead Vengeance comic.

It’s 1940, and a phony body on exhibit in a carnival sideshow suddenly springs to life and shambles away. Not so phony after all, he is John Doe, radio commentator and archenemy of Detroit’s notorious Purple Gang! But why did he disappear in 1930, and why did the mayor, the mob, and the cops all want him dead?

Written and art by Bill Morrison