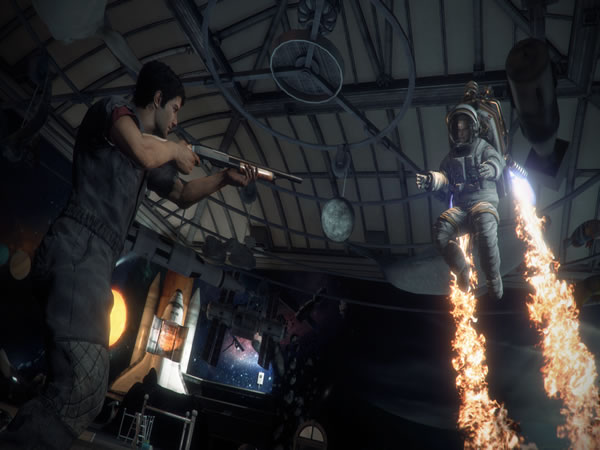 Some new images have been released for Dead Rising 3 and we have them below.

Available exclusively for Xbox One, “Dead Rising 3” is the third installment in the celebrated franchise and introduces a blockbuster open-world action game that will define a new generation of zombie-slaying mayhem. With intense action and an unmatched level of weapon and character customization, “Dead Rising 3” delivers a heart-pounding experience unlike any other as you fight for survival in a massive open world teeming with thousands of undead.

Set 10 years after the events of “Dead Rising 2,” “Dead Rising 3” takes place in the vast city of Los Perdidos amid a nationwide zombie outbreak that’s on the brink of decimating mankind. The story follows Nick Ramos, a young mechanic with a strange tattoo and a mysterious past who must find a way to escape a city full of thousands of bloodthirsty zombies before an impending military strike wipes the city and everyone in it off the map. But Nick can’t do it alone — he must join up with other survivors to stay alive and fight their way out before it’s too late.