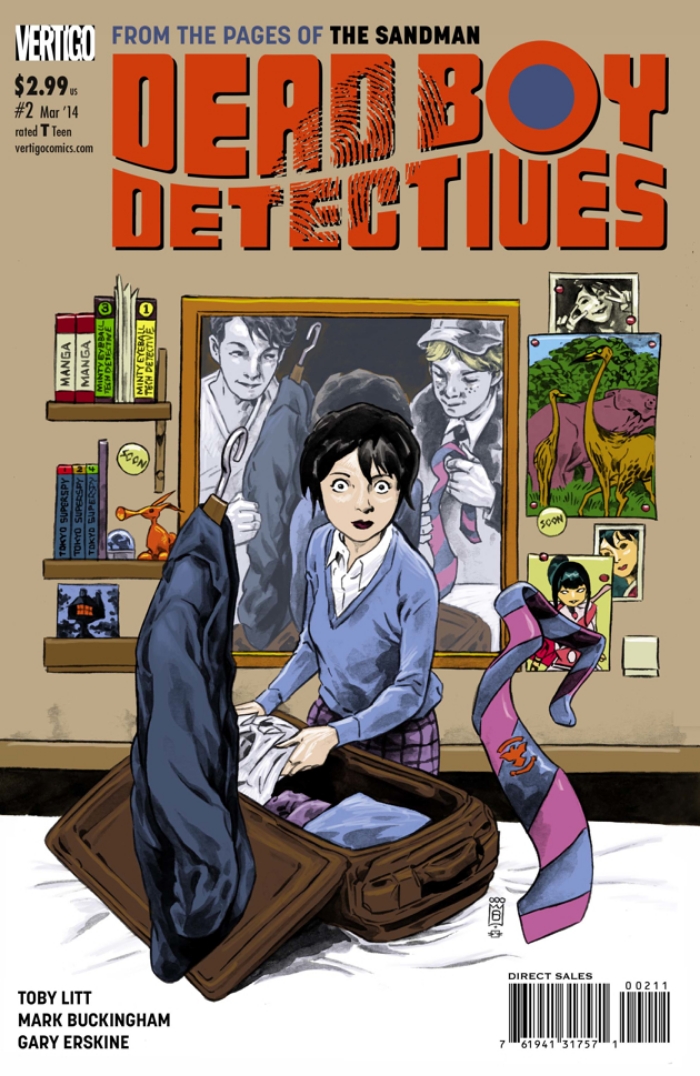 DC Comics has provided us a preview of the new Dead Boy Detectives comic.

Neil Gaiman’s intrepid dead schoolboys head back to the horror that is St. Hilarions School; the place where they both were murdered. While trying to protect their new acquaintance, techno-savvy sleuth Crystal, from suffering the same fate at the hands of familiar bullies, Charles and Edwin begin to unravel the mysteries surrounding their own untimely demise.