It figures that it would take a Batman to fight off a horde of vampires.

DC Vs. Vampires No. 2–the latest issue of a special 12-issue series from DC Comics–sees the horror ramp up as Batman and his closest allies rally to battle the world’s vampires who are hell-bent on overwhelming humanity. Check out the cover and interior artwork–courtesy of cbr.com–on this page.

The second 32-page issue of this series–first announced here in Horror News Network–will hit comic book shops Nov. 23 with a cover price of $3.99. The comic is written by James Tynion IV and Matthew Rosenberg, illustrated by Otto Schmidt and lettered by Tom Napolitano, with a variant cover by Francesco Mattina.

This issue, as explained, follows a “mysterious new vampire lord” who has put a plan in motion to conquer Earth. And the first step is “destroy the Justice League. But the World’s Greatest Detective might be Earth’s last hope–and it’s time for the Bat-Family to hunt.”

The standalone series–which debuted Oct. 26–follows in the tradition of DCeased and pits the Justice League against “a secret army of vampires, leaving the heroes unsure of who they can trust.” 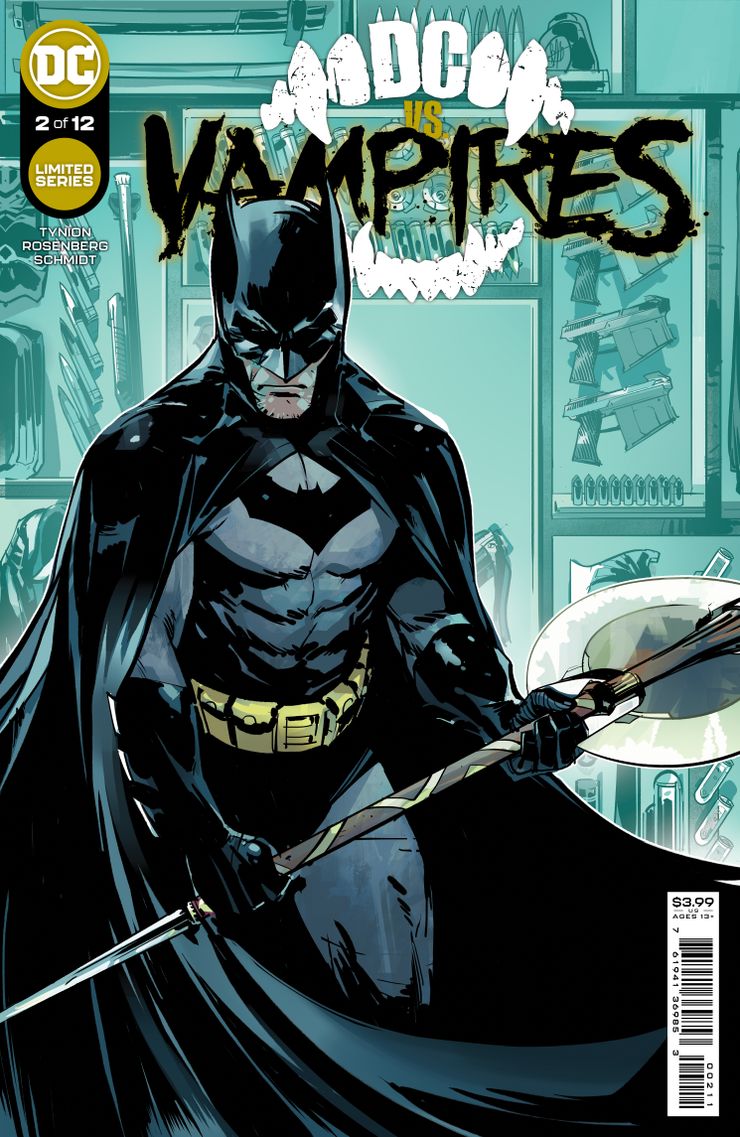 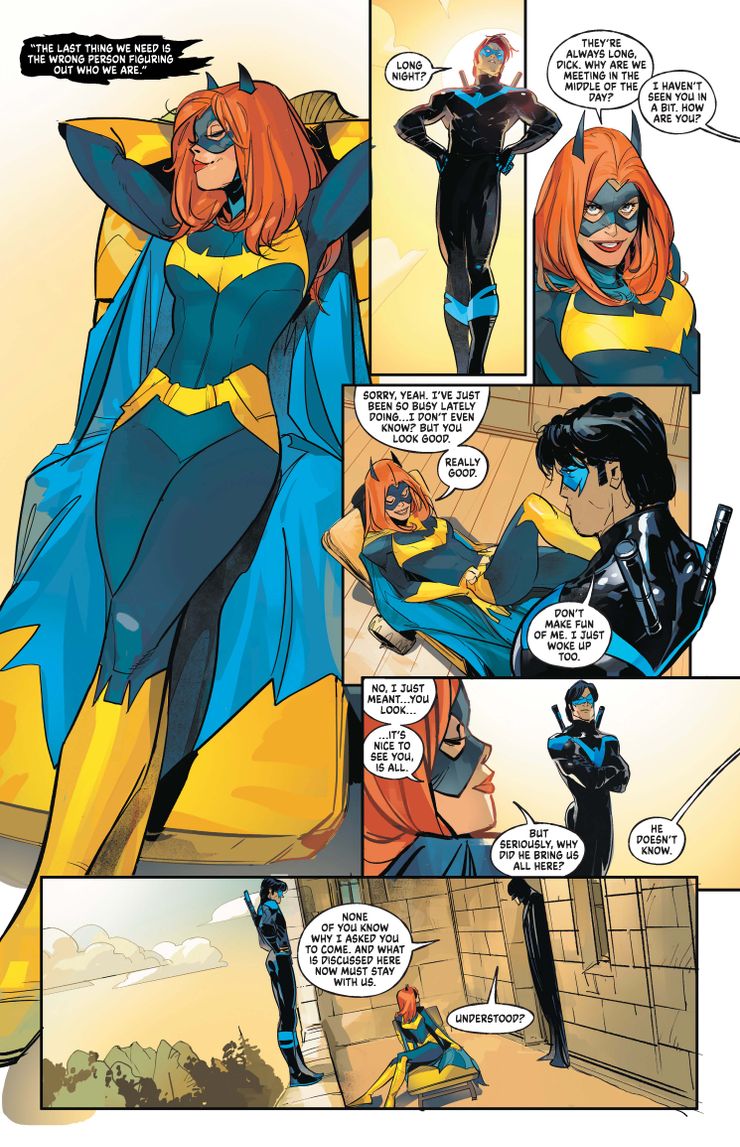 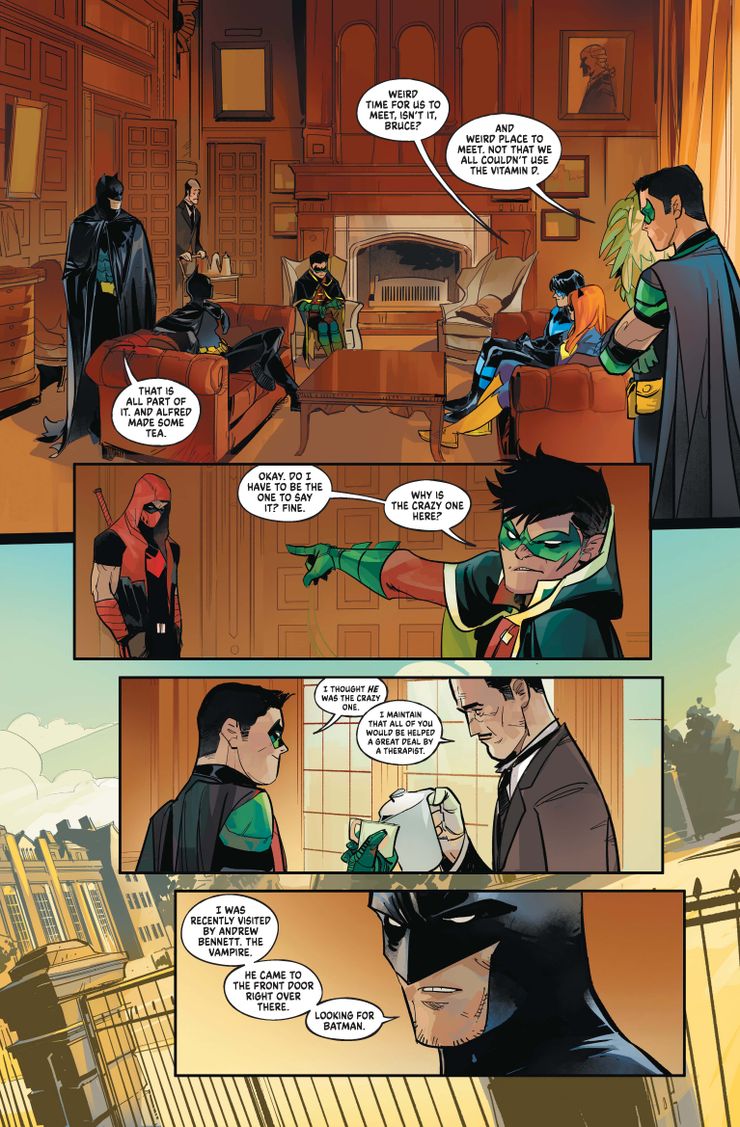 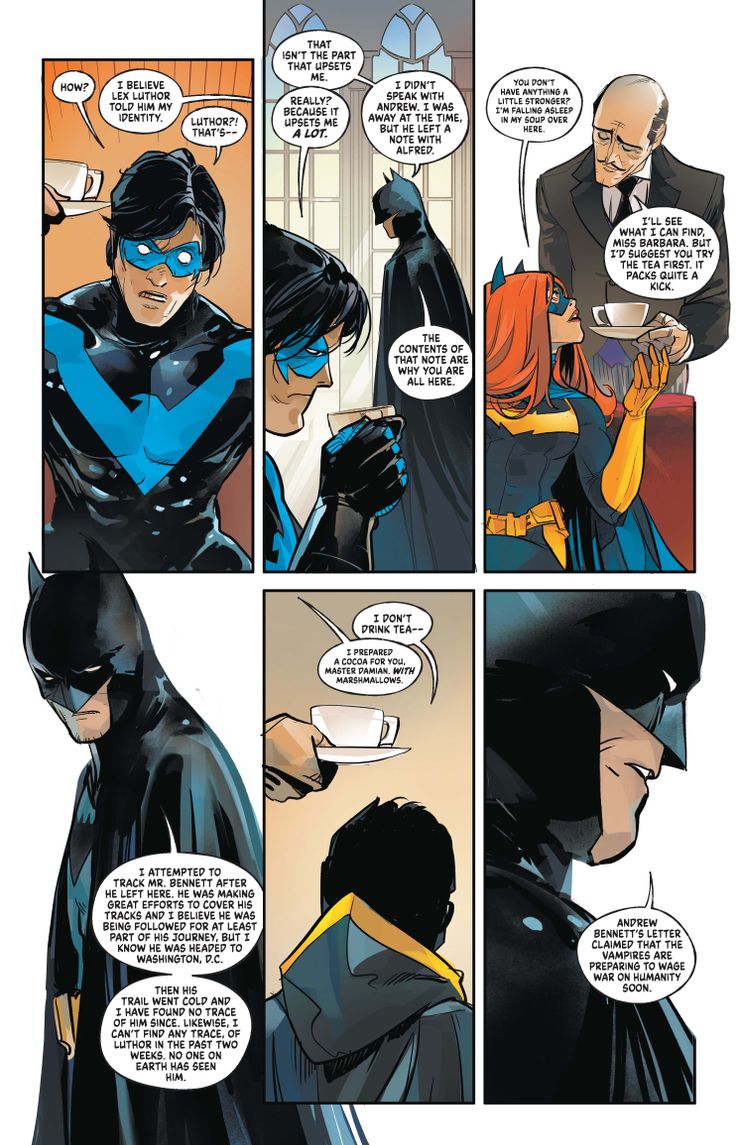 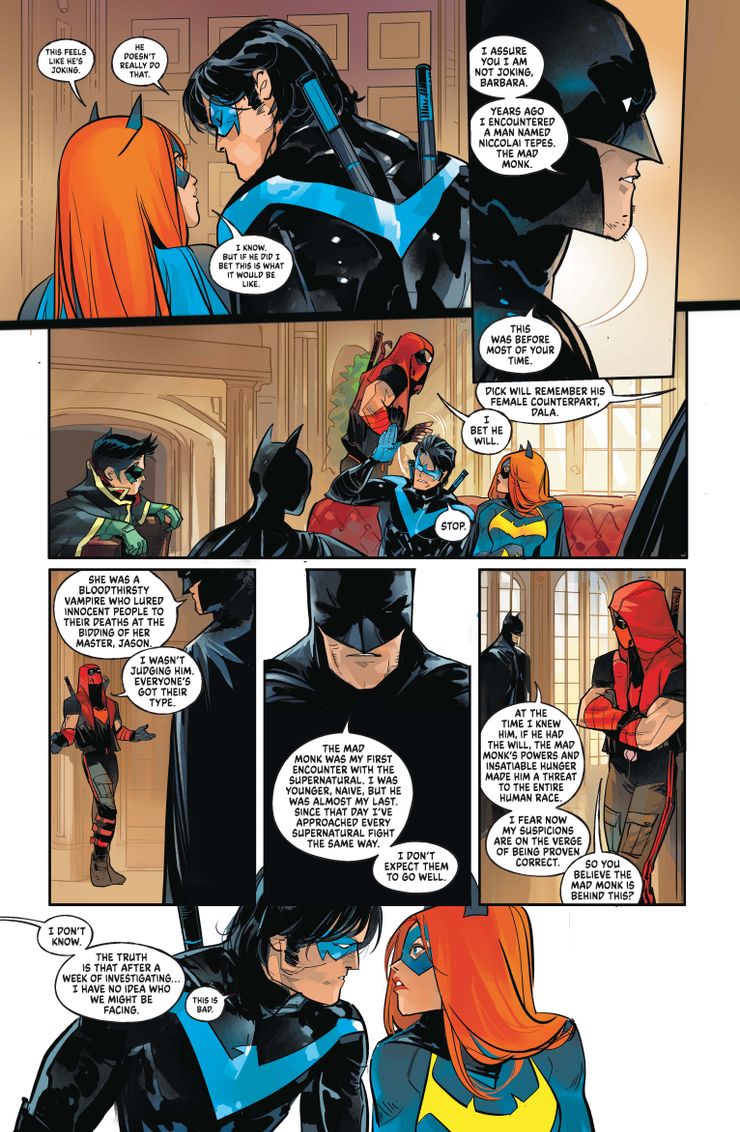