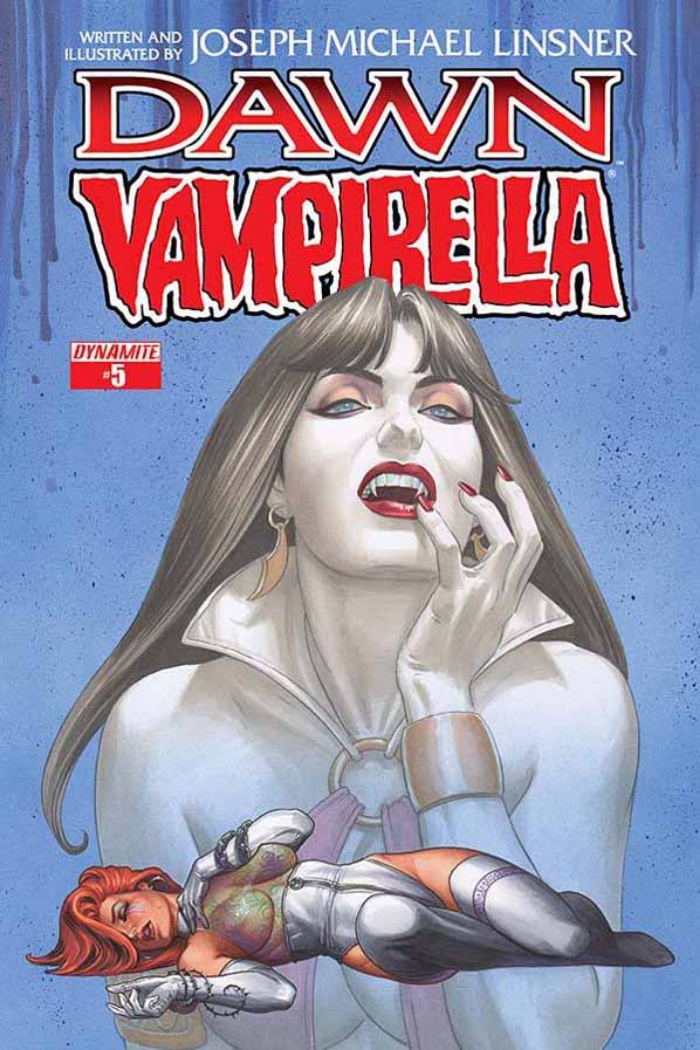 Dynaminte Entertainment has provided us a preview of the new Dawn/Vampirella comic.

After being forced to entertain the demon Masodik with wild stories under the threat of death, Vampirella has had more than she can stand. She begins to suspect that her fellow captive Dawn might know more than she is saying. Is Dawn hiding some ace up her sleeve, or is she in league with Masodik? Violence erupts between the two. The demon is thrilled by this, thinking he is getting a front row seat to the fight of the century. Blood flies and roses shatter as Dawn and Vampirella come face to face and confront their differences.