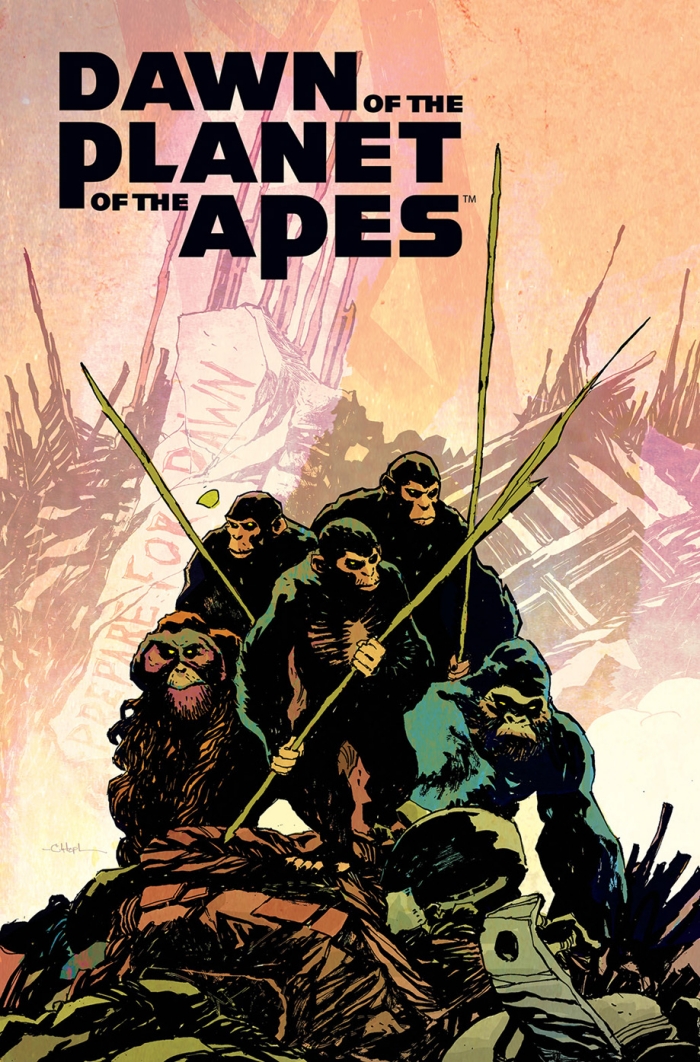 Dawn of the Planet of the Apes in November

While the apes of the world have yet to advance as a species, Caesar must find a way to unify them to one cause. On the other side of the country, Malcolm must venture into the decaying Americas with his family to find a cure for the plague slowly killing his wife, Rita.

Written by Michael Moreci and covers by Christopher Mitten and Jay Shaw.

In addition, BOOM! Studios will debut Dawn of the Planet of the Apes: Contagion, a one-shot comic book prequel to the new film, at Comic-Con International in San Diego. Written by Caleb Monroe, illustrated by Tom Derenick and featuring a cover illustrated by Garry Brown, the issue follows the story of Ellie as she struggles to find a cure for the pandemic affecting humanity before it claims her daughter’s life.

The issue will retail for $5 and will be available for purchase exclusively at BOOM! Studios’ booth.