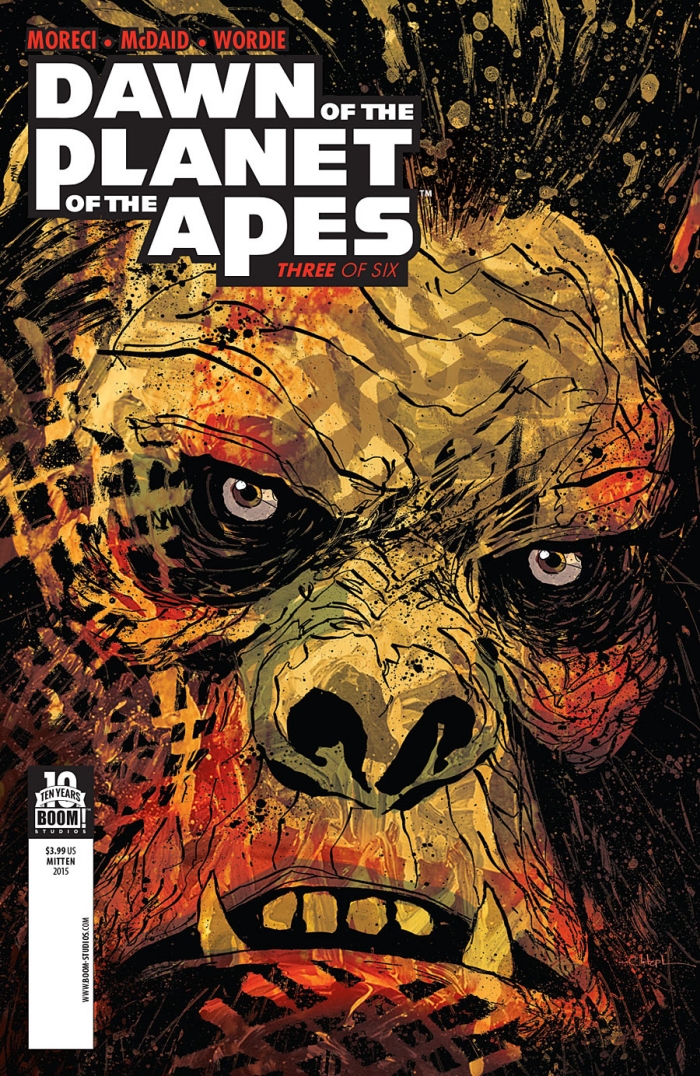 Dawn of the Planet of the Apes #3 preview

As Caesar’s search group ropes new apes into the fold, Pope begins to implement his siege for power and dominance over his newfound tribe. On the other side of America, Malcolm must decide between two worlds—a community built on stability and support or going back on the road for the rumored cure in Austin.