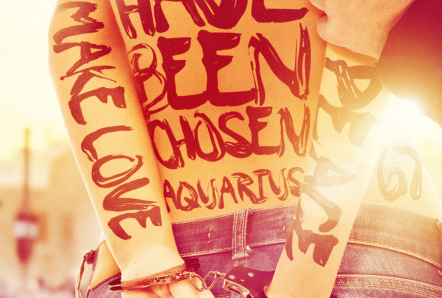 David Duchovny and show creator John McNamara spoke about NBC’s upcoming Manson-Family drama ‘Aquarius’ today, during it’s allotted time at NBCU Summer Press day.  The drama, which is centered around a police officer who worked in Los Angeles at the same time as the rise of Charles Masons, was originally going to be a novel series, until Marty Adelstein advised McNamara against that idea. Instead, it became a straight-to-series order of 13 episodes for NBC.

The period drama reunites Duchovny with Bob Greenblatt, whom he worked with on ‘Californication’ and marks a return to TV for Duchovny.  McNamara said that the show is not only about Manson and is a “work of historical fiction.”  The show starts with Duchovny’s cop character first hearing about Manson being arrested for pimping.  Duchovny said  “Charlie Manson was nothing, until he became Charlie Manson.” He went on to say that the show is a “60’s procedural,” and that the police force “doesn’t have access to all this bullshit CSI to solve cases. You have to use your brains and do police work and …we get to crack some heads too. Then we’ve got this guy named Charlie Manson turning into something over here while we’re looking away too much.”

The only member of the cast who was alive during the Manson Family Murders, Duchovny said that he “has come to represent a look back at the 60’s, as if looking for something – trying to figure out something from the 60’s that we haven’t figured out yet.”   He put forth the theory that Manson effected the country in a political way, pushing it to elect right wing presidents, because the murders represented “what happens when hippies take over — mayhem, madness. As a country we keep coming back to this point.”

When asked if working on the series creeped him out, Duchovny said “I did The X Files — nothing creeps me out.”