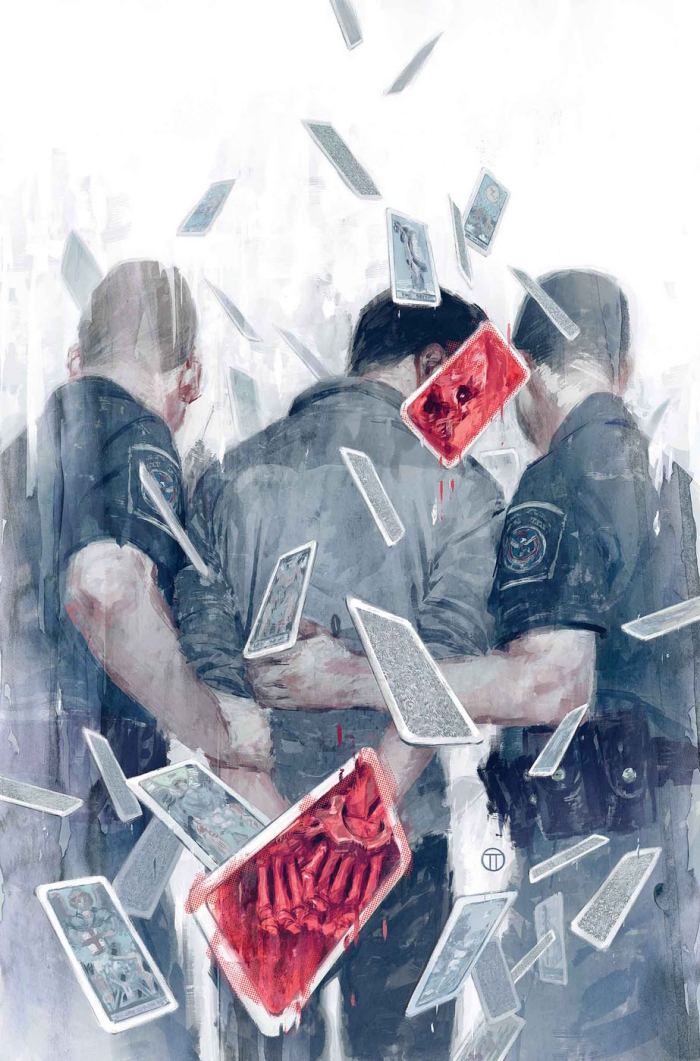 Dark Tower: The Drawing of the Three – House of Cards in March

Eddie Dean, the troubled young man gifted with the ability to open doors to other worlds, has smuggled narcotics from Nassau to New York City, but now has to escape a packed airplane guarded by armed Custom Agents! How will Eddie avoid prison and yet also fulfill his contract with the dangerous mobster Balazar? The answer lies in Mid-World, and with a dying gunslinger named Roland!

Written by Robin Furth and Peter David and art by Piotr Kowalski with a cover by Julian Totino Tedesco.