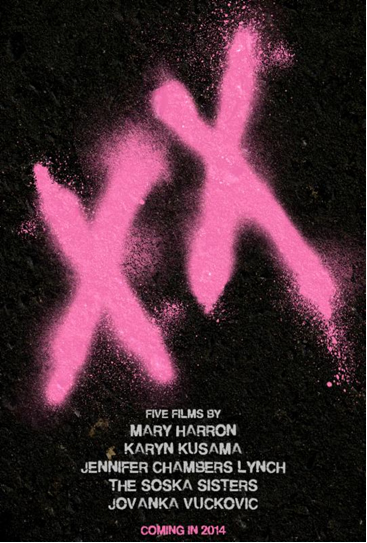 The directors on board include Jennifer Lynch (Boxing Helena, Chained), Mary Harron (American Psycho, I Shot Andy Warhol, The Moth Diaries), Karyn Kusama (Girlfight, Jennifer’s Body) , The Soska Sisters – Jen and Sylvia Soska (Dead Hooker in a Trunk, American Mary, ABCs of Death 2), and Jovanka Vuckovic (The Captured Bird, The Guest). The filmmakers will develop their own stories, and each will have a female lead character. The various segments will be linked by work by Guadalajara-based stop-motion animator Sofia Carrillo, who will also create the film’s title sequence.

Greg Newman, EVP of Dark Sky Films’ parent company, MPI Media Group says, “We know that women make up about half of the audience for horror films, and yet the female creative voice has been nearly silent in the horror genre. So we are thrilled about the new and distinct approach that these talented directors will bring to the project.”

Perhaps no film genre has lent itself more to the anthology format than horror and in recent years, the trend has returned with the successes of films such as V/H/S and The ABC’s Of Death. But whether it’s anthologies or full-length features, female directors – and horror from a female viewpoint in general – have been notably absent. The Dark Sky/XYZ project aims to change that.

In January 2013, a study was released in conjunction with the Sundance Film Festival that posted some disheartening numbers. One, women only made up 4.4% of directors found within the top 100 box-office movies each year from 2002 through 2012, and, two, only 29.8% of the films screened at Sundance during those 10 years were made by women (including directors, writers, editors, producers, and cinematographers). And the numbers for women making horror films are even more dismal.

Producer Todd Brown at XYZ said, “One of the givens of so many horror films has been the objectification of young women, and we thought it was time for a different approach to scaring audiences and letting the female voice be heard.”