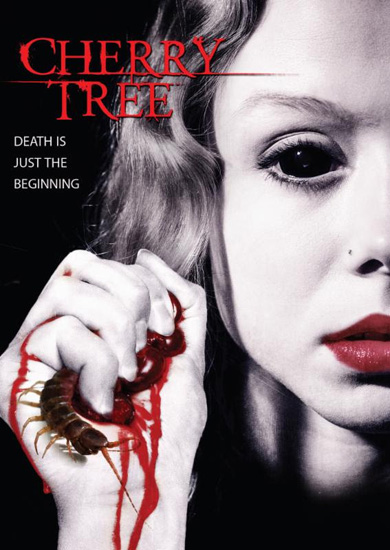 A YOUNG WOMAN LOOKING FOR A MIRACLE TO SAVE HER FATHER FINDS A SAVIOR, BUT THE COST MAY BE MORE THAN SHE CAN BEAR

The Disturbing New Horror Film From the Director of ‘Wake Wood’ Comes to Blu-ray, DVD  and Digital HD on April 5, 2016

“Coasts along at such an energetic clip that it’s hard to not have a little fun with all the crazy witch madness.” – Scott Weinberg, The Horror Show

Evil takes root in the most unexpected place in CHERRY TREE, an original and deeply disturbing film about a desperate young woman drawn into a world of horror from which there may be no escape. From the director of the acclaimed Wake Wood, the film comes ONE EYED GIRL, a gripping and award-winning debut film about a young man drawn to a cult-like sect. The thriller comes to Blu-ray, DVD and Digital HD on April 5, 2016.

Faith’s (Naomi Battrick, Crossing Lines, Stonemouth) world is turned upside down after she finds out that her beloved father is dying. When the mysteriously alluring Sissy Young (Anna Walton, Reign, Hellboy II: The Golden Army) becomes her field hockey coach, Faith finds a compassionate spirit and much-needed mother figure. Little does she know that Sissy is the head of a centuries-old witches’ coven that has resided in her hometown of Orchard for centuries. The coven uses the fruit of an ancient cherry tree in a bloody secret ritual that restores life to the dead and dying.

Offering to cure her father in exchange for a child, Sissy strikes a dangerous bargain with Faith, who suddenly finds herself pregnant with a baby that’s growing at an alarming rate. But with the clock to the child’s birth ticking down and the true intention of Sissy’s plans for humanity becoming more apparent, Faith and her father must stand together in order to save both their lives.

CHERRY TREE is the sexy, gory and haunting new film by David Keating, the critically acclaimed director of Wake Wood, and the producers of The Hallow and Let Us Prey. A deeply satisfying shocker that boldly brings elements of Rosemary’s Baby and Suspiria into a new cinematic era, CHERRY TREE was an official selection at the 2015 Fantasia Film Festival and FrightFest.