Fans of the hit Netflix horror series Stranger Things may have to wait for Season 4 to hit the airwaves, but Dark Horse Comics is riding to the rescue.

A new comic book mini-series–Stranger Things: Science Camp–is all set to hit your local shop Sept. 30, just in time for some jack-o-lantern jitters, as reported by syfy.com.

The comic book–inspired by the popular TV series that reportedly will return from its COVID-19-induced hiatus and resume shooting later this month–spotlights the camp adventures of Dustin Henderson (portrayed by Gaten Matarazzo on the show).

The comic’s storyline, as provided by Dark Horse, starts out as Dustin arrives at Camp Know Where and struggles with “the complexities of a new social pecking order without the friendship or support of his Hawkins adventuring buddies.”

But the horror really kicks in when Dustin is faced with “a tribe of nerdy bullies (as) an evil threat haunts the budding scientists and camp counselors.” Cue the mood music.

The story continues when a “strange figure with sinister intent arrives to disrupt the summer camp’s serene woodland scene. Dustin must get on the same wavelength as his fellow campers before tensions rise to a boiling point.”

Keep reading Horror News Network for all updates on Stranger Things (on Netflix and the four-color page) and any future horror comics from Dark Horse. 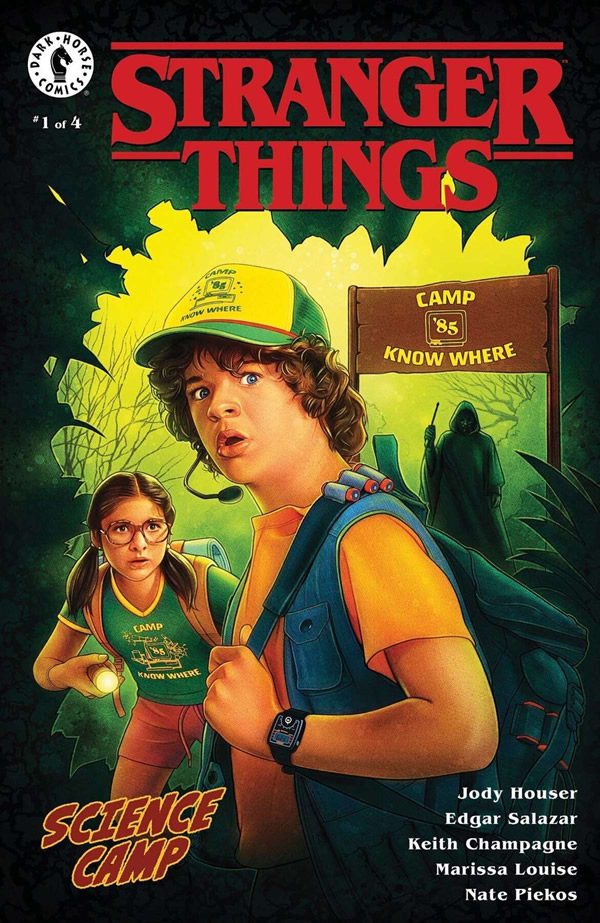 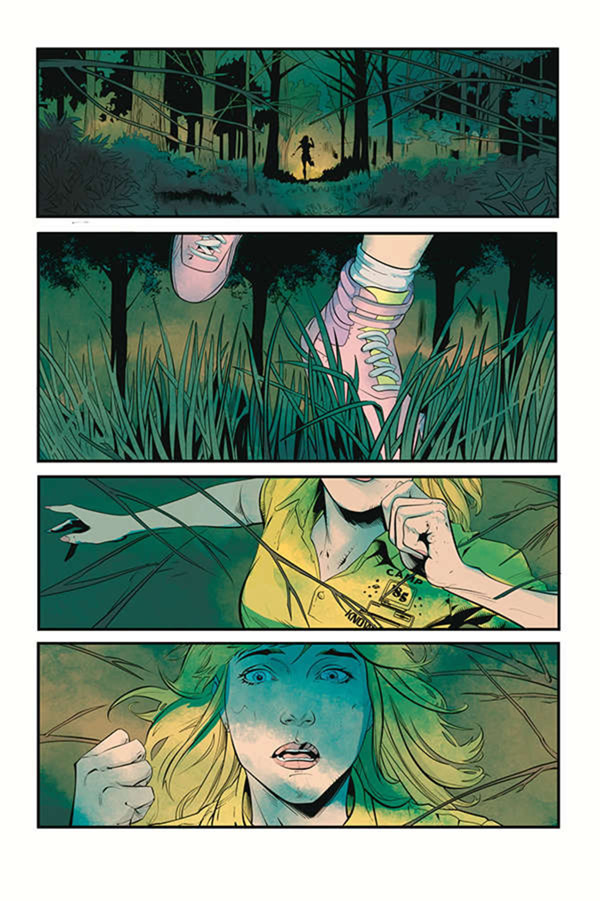 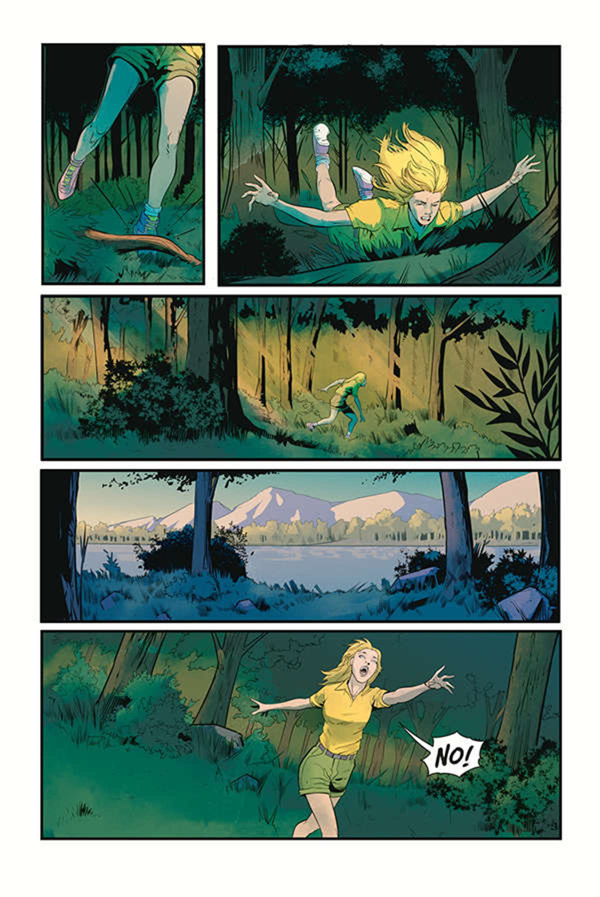 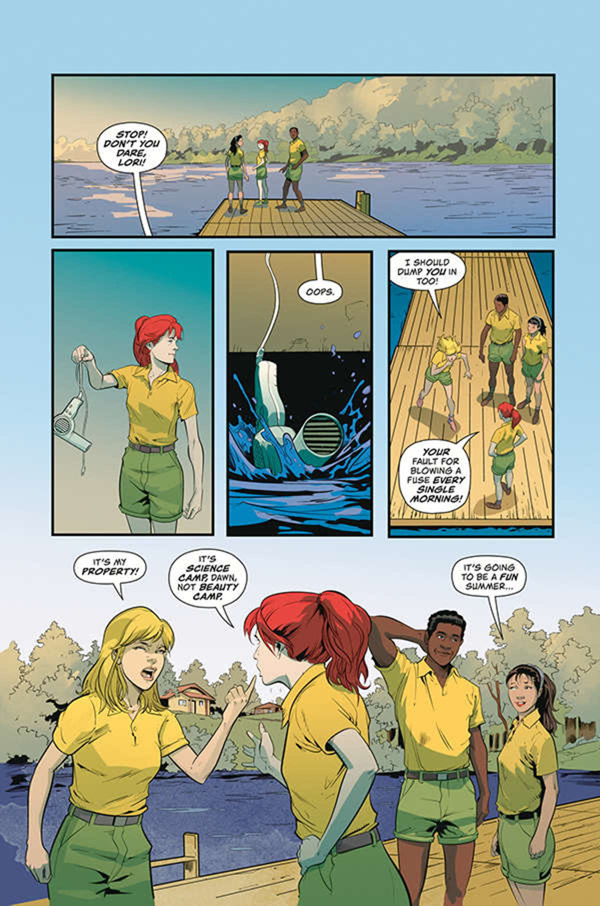 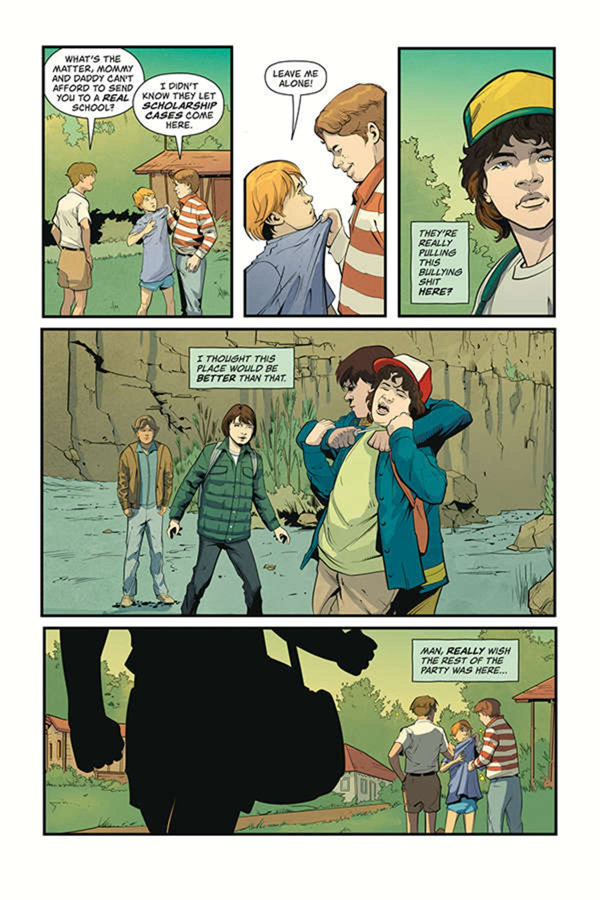 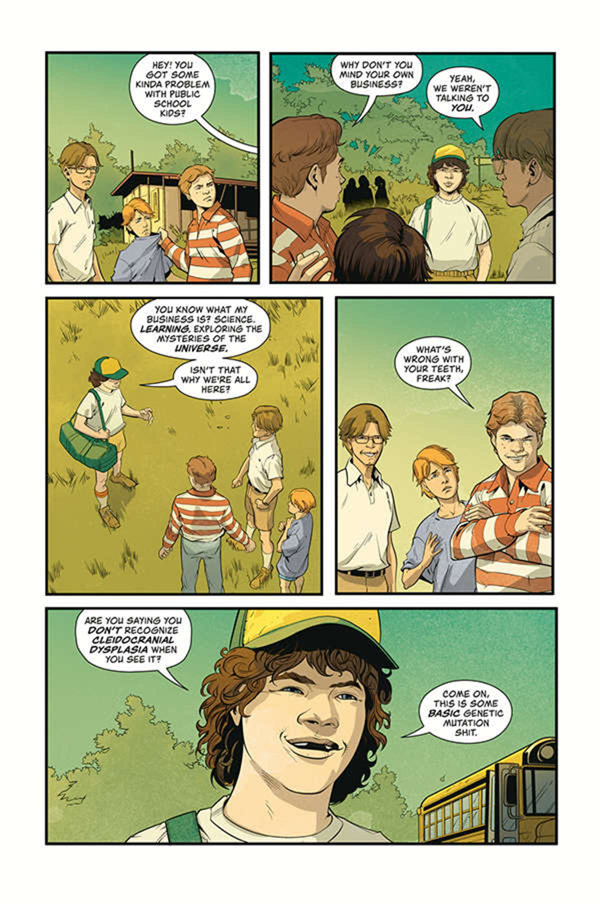 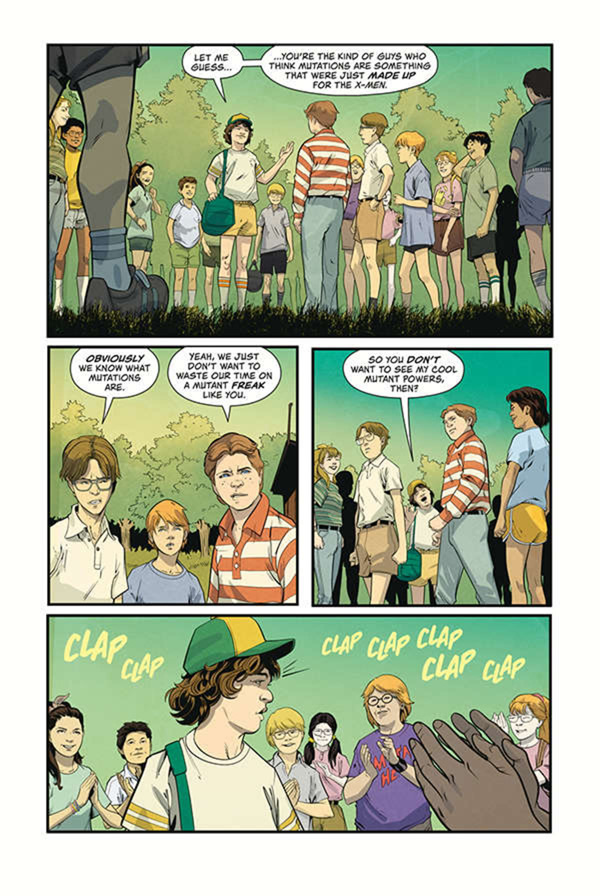