If you ever wondered what led up to the mysterious happenings in Hawkins, Ind. shown in the first season of the hit Netflix series Stranger Things, Dark Horse Comics has a (trick or) treat for you.

Just in time for Halloween, Dark Horse will release a prequel comic book–The Stranger Things Halloween Special One–Shot–that is set a few days before the scary season and less than a week before Will disappeared on the TV show, according to a press release from the publisher.

The comic book will hit shelves Oct. 21 and is available for pre-order now from your local comic shop.

Dark Horse–which released the comic’s striking cover you can check out on this page–described the one-shot by saying “the Demogorgon wasn’t Hawkins’ first haunt. It’s Halloween night in Hawkins, and Will, Mike, Lucas and Justin gather in Castle Byers to eat candy and scare each other with spooky stories. Little do they know they’ll reveal the quaint town’s deepest-kept secret–the Child-Eater of Hawkins.”

Dark Horse also recently announced a team-up with IDW Publishing for a crossover comic–Stranger Things and Dungeons and Dragons from Jim Zub, Jody Houser, Diego Galindo, MsassyK and Nate Piekos–that will be in comic book shops this November.

On the Netflix side of things, the Stranger Things TV show is tentatively set to resume shooting Season 4 on Sept. 17, as reported here in Horror News Network. The upcoming season–which will have either eight or nine episodes–may or may not be the final season. So, as they say, stay tuned. Creators Matt and Ross Duffer promise “a new horror, something long buried” is in store for Season 4.

So, keep reading Horror News Network for updates on the Stranger Things Netflix series as well as the Halloween one-shot comic book. 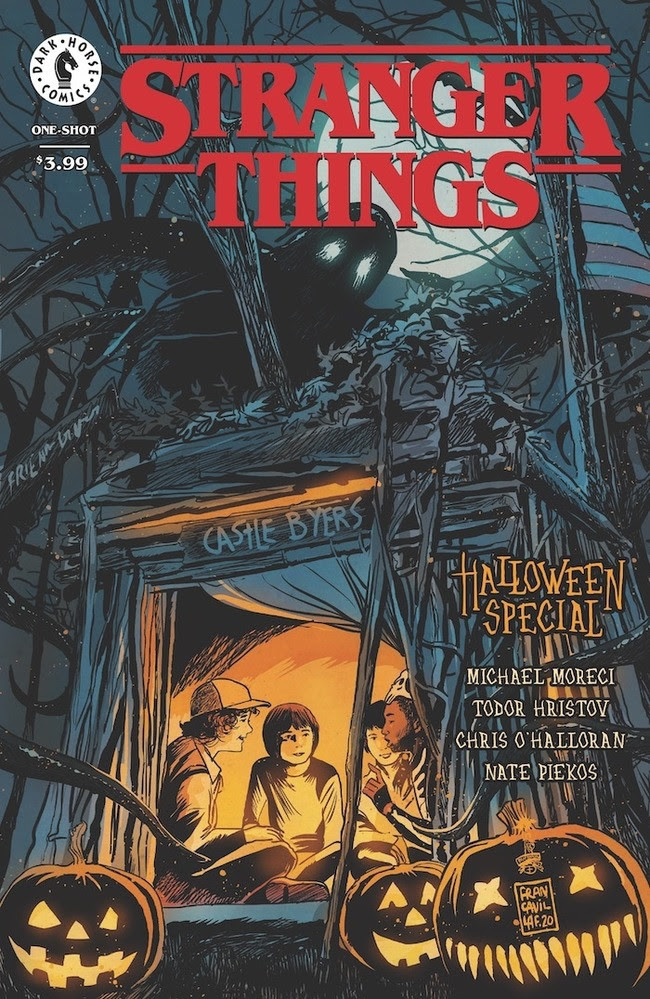