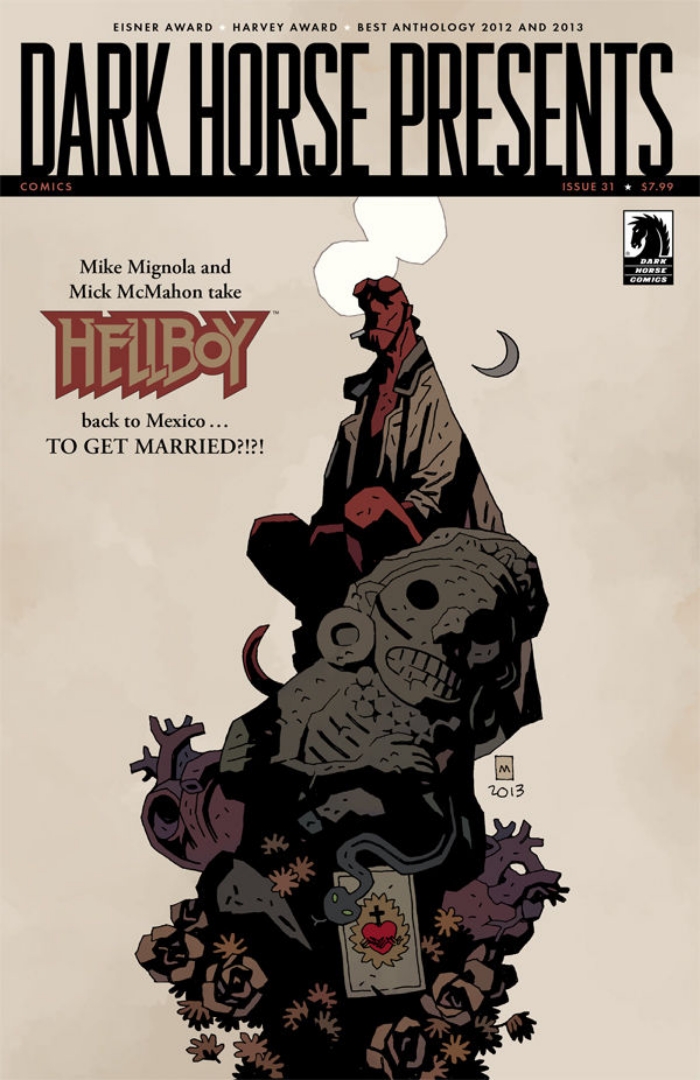 Dark Horse Comics has provided us a preview of the new Dark Horse Presents comic.

In a direct follow-up to the uberpopular Hellboy in Mexico, Mike Mignola and Mick McMahon tell another tale set south of the border, in which . . . Hellboy gets married! First of two parts!

Gain some insight into the next arc of Matt Kindt’s runaway hit MIND MGMT as we meet . . . the Magician! Bryan J. L. Glass and Victor Santos reveal the brutal new heroine of their new creator-owned series, Furious! And Chad Lambert and Christine Larsen give new meaning to the phrase “Kill me!” in the new story of the same name.