The new four issue mini-series by Mike Mignola, co-writer Tom Sniegoski, artist Craig Rousseau, colorist Dave Stewart, and letterer Clem Robins will be released on February 17, 2021 and “…explore an untold chapter of Hellboy’s childhood.” The four issue mini-series will feature covers by Folklords artist Matt Smith, along with a variant cover by Mignola for issue one. Subsequent issues variant covers will include ones by Rachele Aragno (#2), Wylie Beckert (#3) and Anthony Carpenter (#4).

Sniegoski shed some light on the story elements, saying that “The events in the series take place in May of 1947, before the events depicted in Hellboy: The Midnight Circus. Lighter in tone, Young Hellboy: The Hidden Land is an exhilarating adventure that embraces the thrills and chills of the pulp adventure stories of the 1930s. Mysterious islands, vampire queens, dinosaurs, giant ape gods, and a new and exciting addition to the Hellboy Universe—Scarlett Santiago, the Sky Devil. I’ve always been fascinated by the glimpses into Hellboy’s childhood that Mike has given us, and to be asked to contribute to these stories, along with Mike, Craig, and Dave, is a dream come true.”

Series artist Craig Rousseau added that “This may sound like a cliché, but as a fan of Hellboy since he arrived in Mike’s very first issue, it’s been an absolute thrill to work on this project with Mike and Tom and Dave.  Getting to play in this universe with a story so full of over-the-top action, adventure, and fun has been an absolute blast and a career highlight.”

Check out the mysterious cover below and be sure to pick up the new series starting in February of 2021. 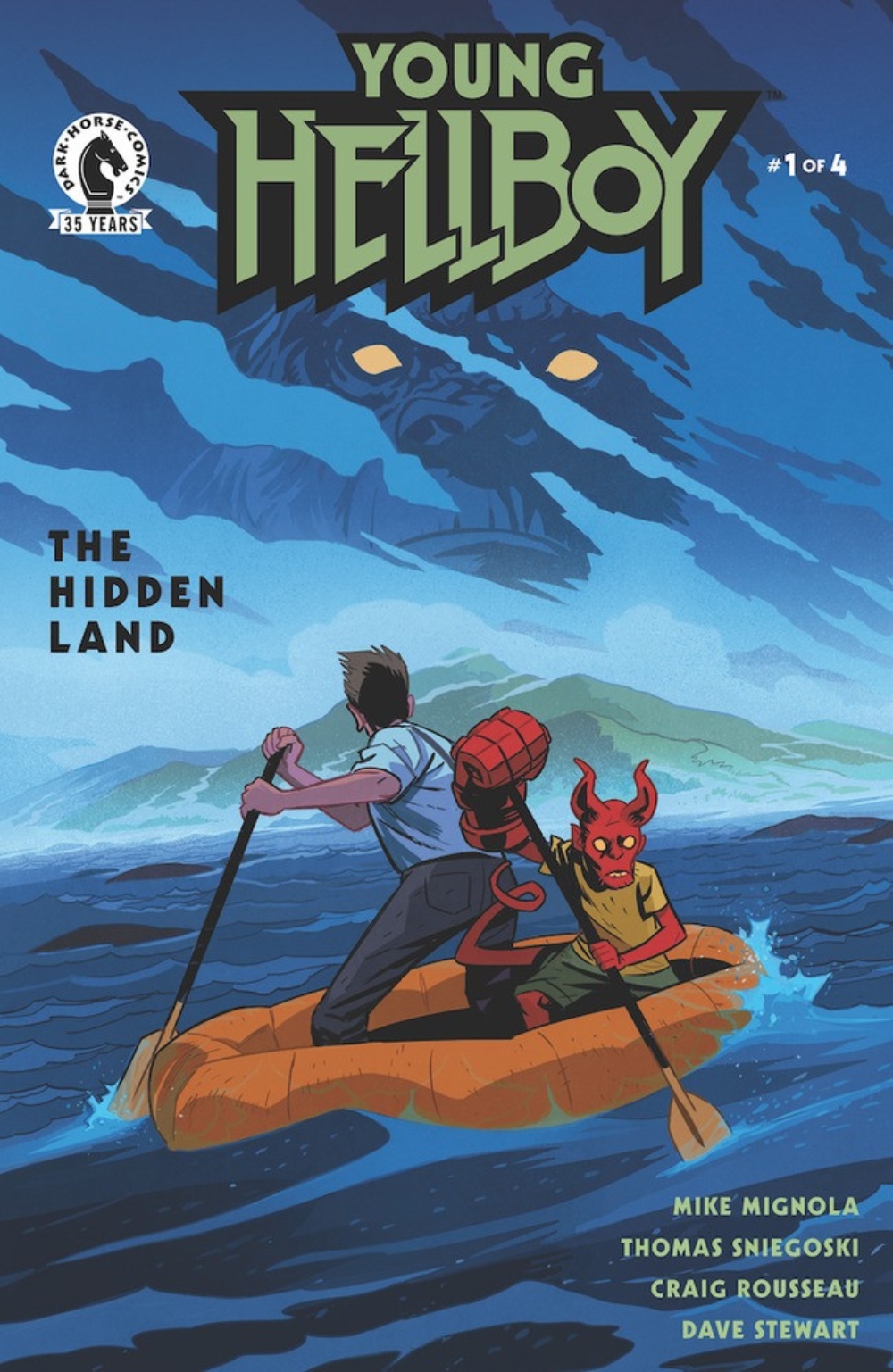