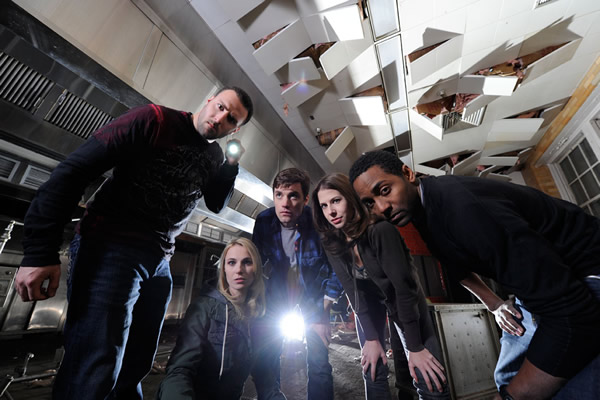 We received word that After Dark Films has a new movie, Sanatorium coming soon. Here is the official photo and release.

"I'm really pleased that Brant Sersen's film SANATORIUM has joined the After Dark Films canon. We've built a library of 40+ horror features over the past 6 years, and its been so rewarding to work with these exciting filmmakers to get their films out into the world. We're confident that the After Dark Films audience will embrace this film." Lucy Mukerjee, (VP, Production, Development)

"I made sure Sanatorium never wavered on its authenticity to ensure the chilling events that unfold are disturbing on the most horrific level" Brant Sersen, Director

On a bitterly cold December night, a paranormal investigations team has set their sights on the bloody Hillcrest Sanatorium to answer the age old question: Is there life after death? With rumors of hauntings and local children gone missing, they may just get their answer the hard way when members of the team mysteriously disappear, leaving behind unnerving evidence…