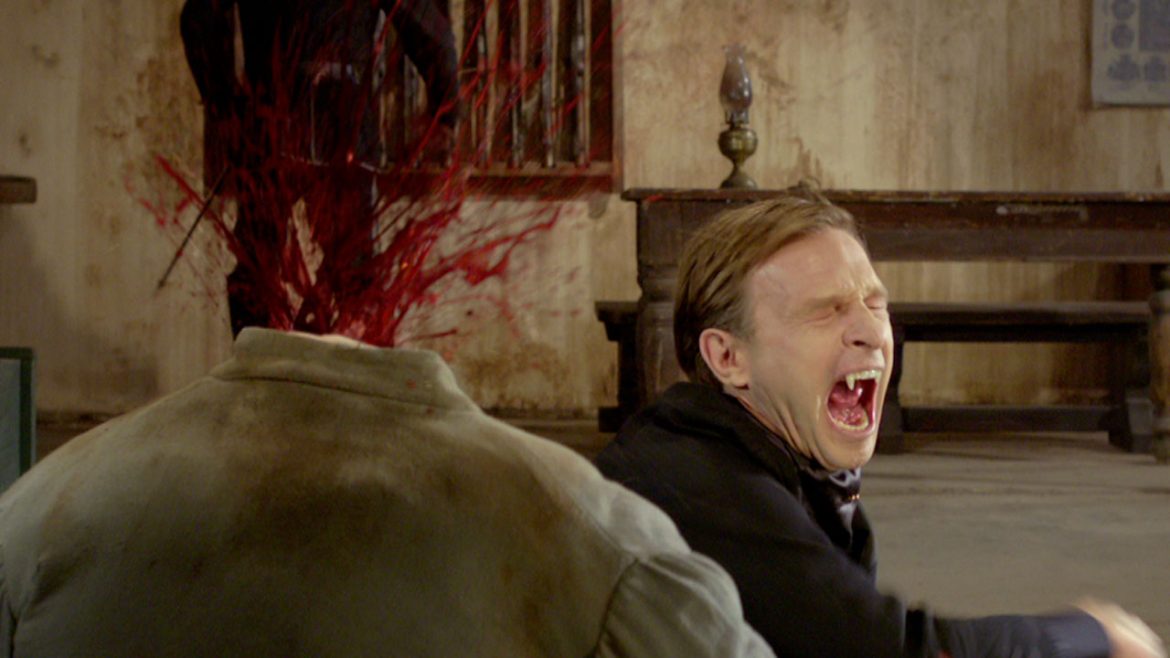 Ughhhh. Do you have a friend that, for some masochistic reason, you need to defend in the face of irrefutable evidence of their faults? Everyone else has pointed out, quite correctly, that this person has character flaws that can be easily addressed and rectified but you make excuses for them, coddle them, and protect them from criticisms that might actually be valid? I am a Dario Argento enabler. I’ve never met the man but feel an extreme loyalty to him for changing the way that I not only look at horror but the entire medium of cinema. Though it’s unnecessary, I feel the need to list his absolute triumphs, films that elevated the genre and filmmaking to a higher level: The Bird with the Crystal Plumage, Deep Red, Suspiria, Inferno, Tenebre, Opera. Most directors would kill to have one of these films in their oeuvre. He nurtured the talents of Michele Soavi, encouraged Goblin to do soundtracks, and is the father of an artistic dynamo named Asia. Even his lesser films are still entertaining achievements. A girl that can communicate with insects? A razor welding chimp? C’mon, you’re not going to see that in any JJ Abrams or Joss Wedon flick. Yet around 1993 with the disappointing Trauma, fans started to doubt the maestro’s formidable powers and with each subsequent release bemoan the decline of a once great visionary. I think the films Argento made in the 90’s and 00’s are ripe for revaluation as The Black Cat, The Stendhal Syndrome, Sleepless, and his two Masters of Horror episodes are underrated and represent a different, maturing directing style. I loved The Mother of Tears, which many fans attacked mercilessly because it wasn’t Suspiria or Inferno but that’s like hating Touch of Evil for not being Citizen Kane or The Magnificent Ambersons. Granted there are some clinkers in Argento’s career, but I don’t believe they are entirely his fault. Reports of Adrien Brody’s prima donna antics and the producers’ chicanery pretty much sunk Giallo right out of the gate.

Which brings us to his latest film, another version of Bram Stoker’s iconic character. Though Argento has often professed his love for Edgar Allan Poe and Gothic romanticism, when I first heard about this project I didn’t see it as a good fit. Argento’s artistry comes from his ability to depict the intrusion of the irrational, the nightmarish, and the brutal into modern environments and situations that should be ordered and protected by logic, law, science, or art. Detectives, doctors, scientists, police, musicians, and teachers all follow certain rules and procedures. Schools, theaters, and museums are all structured around rigidly acceptable forms of behavior. It is the incursion of the chaotic, represented by insanity or the supernatural, onto these rational characters and into these controlled and regulated settings that creates the horror in Argento’s films. The period setting of Argento’s Dracula takes that motif away from his artistic palate and what we get is a contrived, clichéd depiction of some Transylvanian village where the viewer expects something supernatural to happen. Argento’s screenplay doesn’t even follow Stoker’s narrative to London, the capital of decorum and repressive reason during the Victorian Age, which would have been the perfect environment to unleash the irrational on a society that was obsessed with rules and regulations.  That’s just the tip of the iceberg in terms of what’s wrong with this film. While Thomas Kretschmann as Dracula and Asia Argento as Lucy are hammy but fun in their roles, the rest of the acting is either bland or histrionic. What has happened to Rutger Hauer? I thought Anthony Hopkins was over the top as Van Helsing but at least he did something with the role. Hauer alternates between narcolepsy and sleepwalking with a few detours to chew the cheap scenery. The dubbing is atrocious so that certainly doesn’t help the performances.  Argento’s directing is quite American: flat and boring. If someone told me this film was a Sy-Fy production I wouldn’t have been batted an eye. Some critics have condemned the unnecessary nudity, the gratuitous gore during Dracula’s attack on the town’s leaders (which was the film’s only interesting addition as the town’s leading citizens have been in collusion with Dracula to save themselves), and Dracula’s CGI morphing into a praying mantis, but thank goodness these scenes were in the film because something half way interesting was being displayed on screen to break up the monotony.

After watching Argento’s Dracula, I’ve decided that maybe enabling and blindly defending someone might not be the best way to help them. At least I got something out of this film.