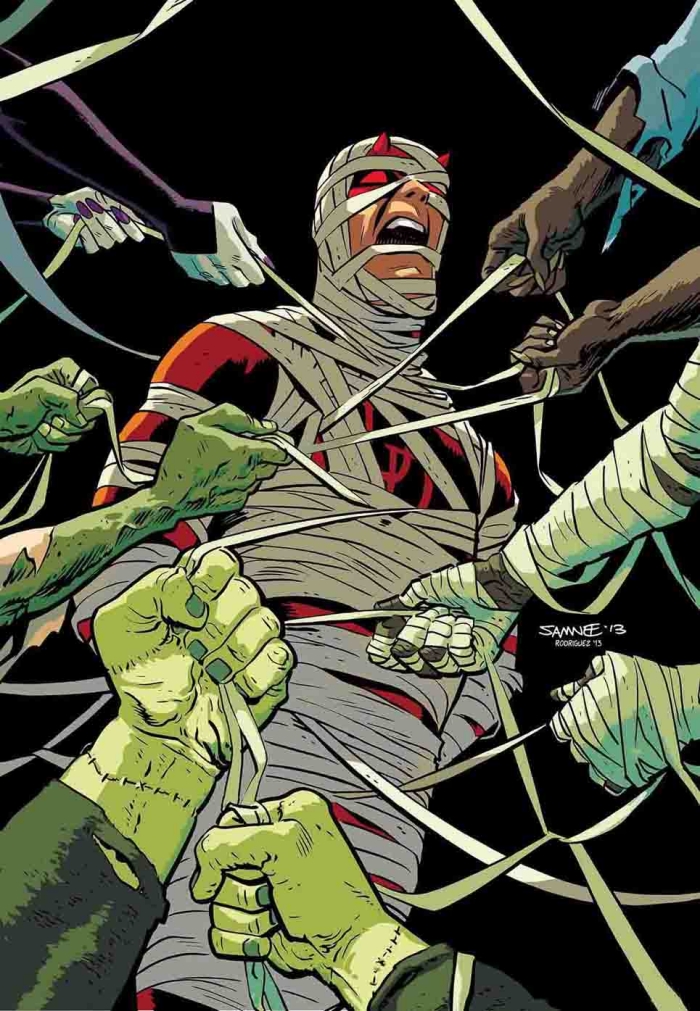 Marvel Comics has provided us a sneak peek of the new Daredevil comic.

One of the strangest Daredevil tales yet! The Man Without Fear’s quest to end the Sons of the Serpent organization has put him in the undead clutches of the ghastly Legion of Monsters! Now, Daredevil must battle against Zombies, Werewolves, Mummies, and even the Daughter of Satan! Not to mention the Sons of the Serpent themselves! With these frightening foes closing in, is it possible the Man Without Fear might just be afraid of something after all?