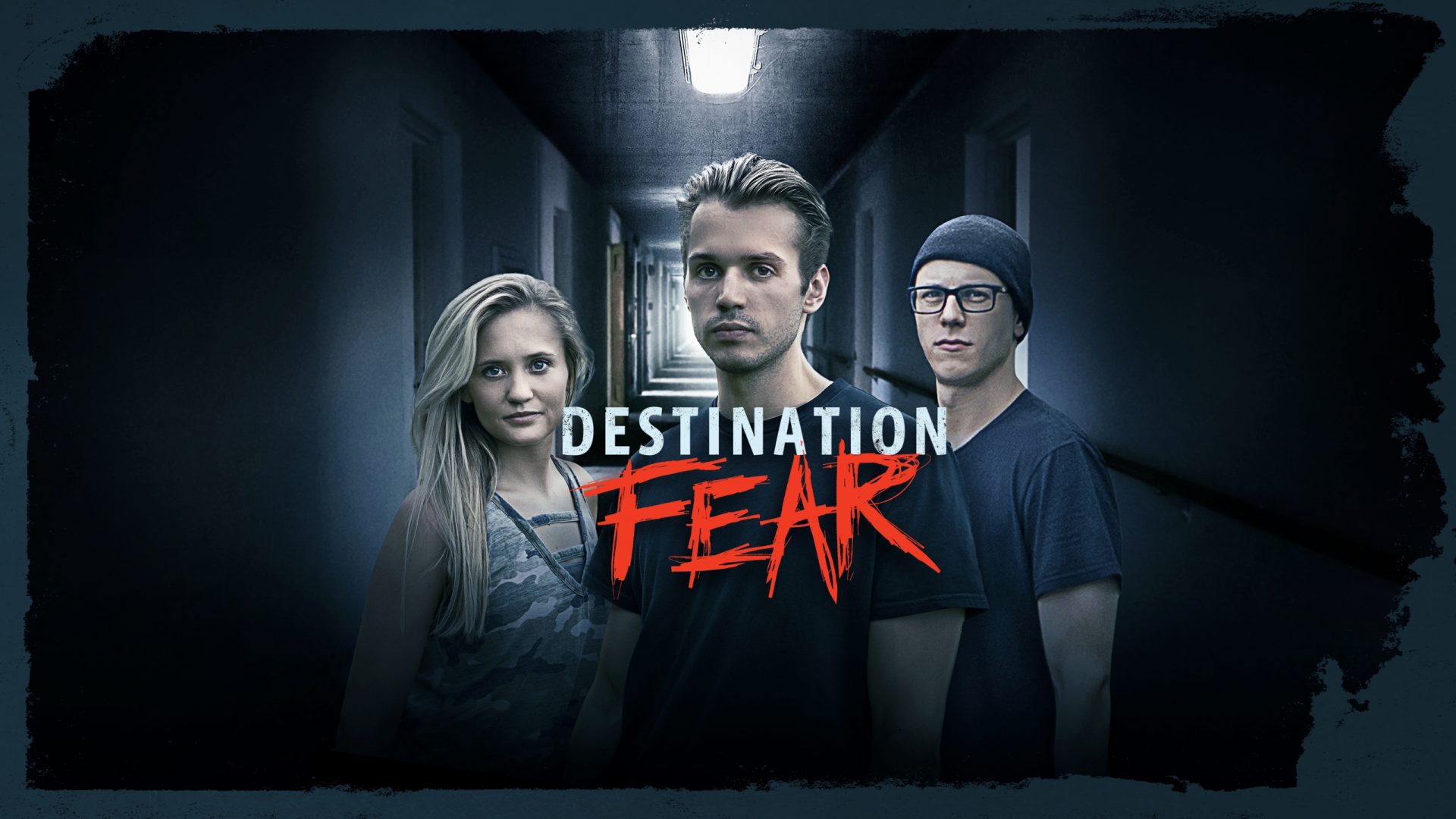 Anyone who tuned into Travel Channel’s Destination Fear last season was greeted by a likable trio of long-time friends who also shared an interest in urban exploring and paranormal activity.  Destination Fear set itself apart from other ghost hunting shows by incorporating a road trip aspect and an isolation portion of the exploration that delivered some genuine frights for the viewers (and most certainly the cast).

Due to the warm reception that the program received, season two was all but guaranteed, and Destination Fear will return to the airwaves on Wednesday, April 29 at 10 PM.  This season, filmed exclusively in the cold winter months, added a new obstacle for the crew of Dakota Laden, Chelsea Laden, Tanner Wiseman, who had to contend with not only supernatural elements, but also the actual elements.  Check out HNN’s exclusive interview with the Destination Fear team, as they enter their second chilling season.

Horror News Network: In a recent press, release, Dakota stated that”Our last road trip was extremely intense, and it took a major toll on us – mentally and physically.”  How did all of you decompress from such as stressful?

Dakota Laden: Tanner and I live in the same house in Las Vegas, so once we got off the road, we often talked about the experiences and also worked on the footage, but we need a rest.

Tanner Wiseman: It was definitely grueling and a long journey.  As far as recovering, it took awhile and a lot of sleeping in.  We also had to relive everything because we had to re-watch and edit the footage.

D. Laden: Watching the footage helped with putting everything that happened in perspective.

HNN: Last season, Dakota picked all of the locations and was the only one who knew where the group was headed.  This season Chelsea and Tanner also got to pick some.  Did you both see this as a chance for some revenge on Dakota?

Chelsea Laden: When the idea of picking locations was first presented to me, that is exactly what went through my mind!  At first, it was very exciting to be in charge, but picking locations also came with a lot of responsibility.

Wiseman: It totally agree.  I don’t think I was ready for the double-edged sword aspect, since if you are the one picking the location, you feel like you are also the one responsible for what goes on, or doesn’t go on in terms of activity.  In the end, it was so much fun.

D. Laden: Passing the torch is tough.  I tend to be a control freak at times, so it was different.  Getting to read the packets and information about the location and guess at where we were going was something I didn’t experience last season.  The show is all about fear and tension, so I felt it.

C. Laden: Picking the location did extend the trip longer than expected and we ended up going all across the country.

D. Laden: I picked the first location in Minnesota and then we traveled to Texas and then Montana, so we crisscrossed the country.

HNN:  You also filmed the entire second season in the winter, correct?

C. Laden: Maybe that wasn’t the smartest choice for us.

D. Laden: It got down to 5 degrees on some nights and we had to deal with getting stuck in snow.  It was sometimes difficult to even walk to the buildings.  It was harder due to the conditions and we also would get two extra hours of darkness, which made the whole experience longer.

Wiseman: It was freezing the entire time and the walls and floors were also frozen solid in many cases.  If you tried to run, you would have the Scooby-Doo feet going.

C. Laden:  We had to prepare a lot differently this season for the cold, with parkas and boots.  One time our RV couldn’t even make it all the way to one of the buildings and we had to trudge through a few feet of snow. 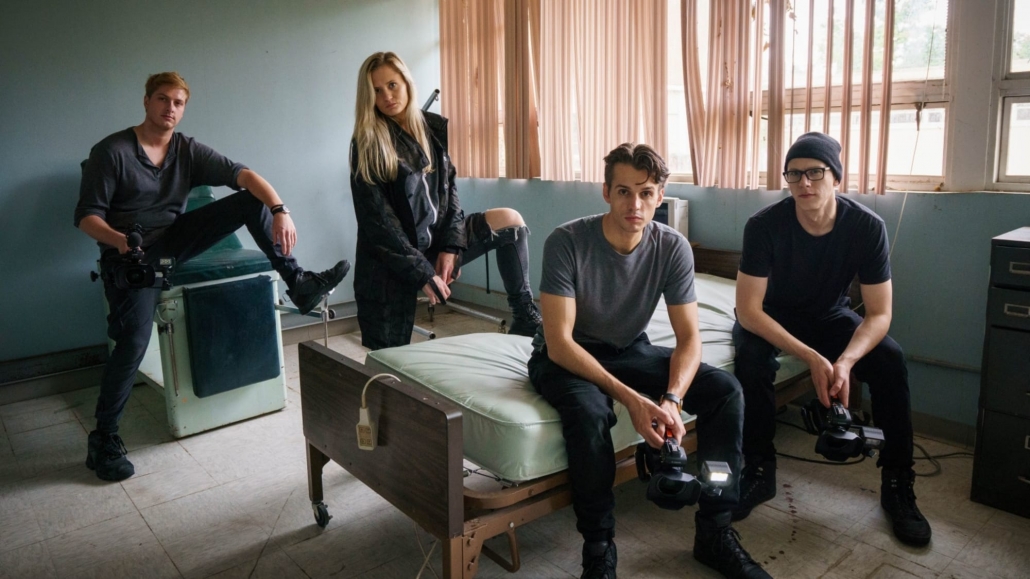 HNN: What did you learn from the first season that helped the second time around?

Wiseman: We got better at not running away from the activity, although it was difficult to stop being afraid when you see and hear things that are unnatural.  We had ten location visits from the first season that we were able to pull from which helped.

D. Laden: We always want to put the ghost stories about the locations to the test and sometimes we would be scarred, but this time, we would go back after it.  For me, what I learned was how to do the isolation session and hopefully draw out whatever may be there.

HNN: The first episode of the new season takes place at Nopeming Sanatorium in Duluth, Minnesota.  This was a location that you grew up around.  Why did it always intrigue you?

D. Laden: We grew up going into the woods and urban exploring in Minnesota and we always wanted to get into the sanatorium, but we were never able to get access to it.  It had always been a goal for all of us, so being able to finally get inside, in addition to being able to stay at our childhood home was special.

HNN: You have mainly visited old prisons and hospitals on Destination Fear.  What do you see as the difference between both types of locations?

D. Laden: The prisons always have this angry, dark energy associated with violence that took place there.  With the asylums, they are always sad, both from a patient and staff perspective.

Wiseman: I completely agree.  The prisons are always more violent, more physical.  I am always surprised by all of the audible stuff we capture in the asylums.

C. Laden: Personally, as being someone involved in the medical field, the asylums always make me feel more connected to the people that were there and the place itself.

HNN: Your camera man Alex Schroeder is back again as well this season, right?

D. Laden: Alex is the man!  We grew up in the same neighborhood about 100 feet apart.  It’s great to have his perspective on the show and you know that when he speaks up during the visits to the locations, you know something is wrong.

Wiseman: Alex is great because he has really good ears and he hears things when they happen that we later hear on tape.

C. Laden: Having fun with people we know and trust helps the dynamic of the show, especially when we split up into pairs. 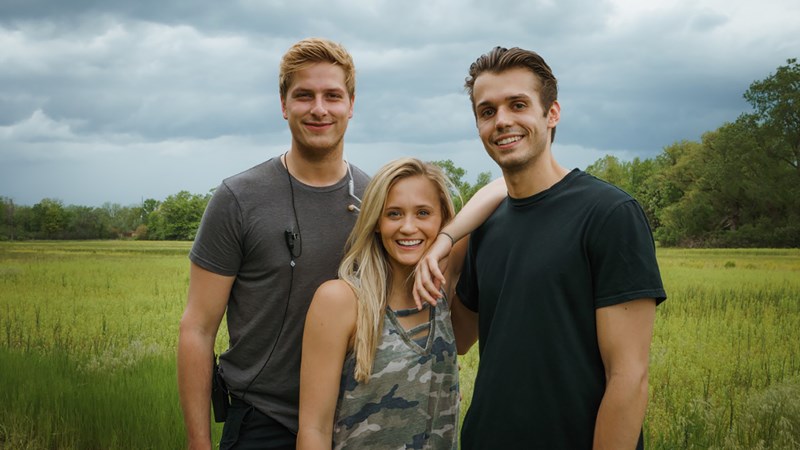 HNN: Zak Bagans of Ghost Adventures fame is one of the executive producers of Destination Fear.  Did he give you any advice on this season?

D. Laden: Zak gave us the same advice that he did last season which was to go out and have fun with the adventure.  Working with the Ghost Adventures team in the past certainly helped and I took a lot from the experience.

HNN: Aside from the Nopeming Sanatorium, it appears like the Sheboygan County Insane Asylum was also a highlight from this upcoming season.

D. Laden: That was one of my favorite locations to explore.  It was very different from any place we’ve ever gone.  There were very few stories to go off of as well.  It was very active and very creepy. It looked like it did when it closed in 2002.

Wiseman: Unlike all of the other places we visited, it was brand new.  The owner still keeps the asylum in excellent shape.

D. Laden:  It was also a place that was known for not only being bad for patients, but five to seven nurses also took their lives there.  It has a very sad history.

C. Laden:  I agree.  Any location that is preserved well, you have better insight into what went on there.

Destination Fear will return to the airwaves on Wednesday, April 29 at 10 PM.