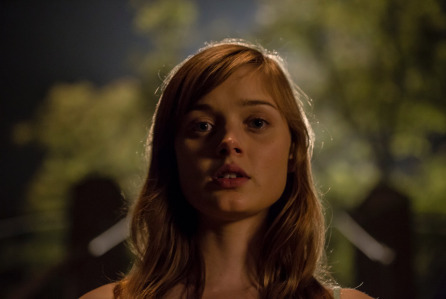 Deadline reported today that a release date has been given for the upcoming thriller ‘The Curse of Downers Grove’ from Anchor Bay.mmThe movie will premiere in theaters August 21, 2015, followed by a Blu-Ray/DVd release September 1.  It is based on the novel by Michael Hornburg, which claims to be based on true events.   The story centers around Chrissie Swanson, an IL highs school senior that is trying to escape a curse that claims one victim at the end of every school year, causing them to die a gruesome death.  It stars Bella Heathcote, Lucas Till, Penelope Mitchell, Tom Arnold and Kevin Zegers.  Derick Martini directs the film, with a script co-written by Martini and Bret Easton Ellis.  ‘The Curse Of Downers Grove’ is produced by Oren Segal, Chiara Trento and Jason Dubin.