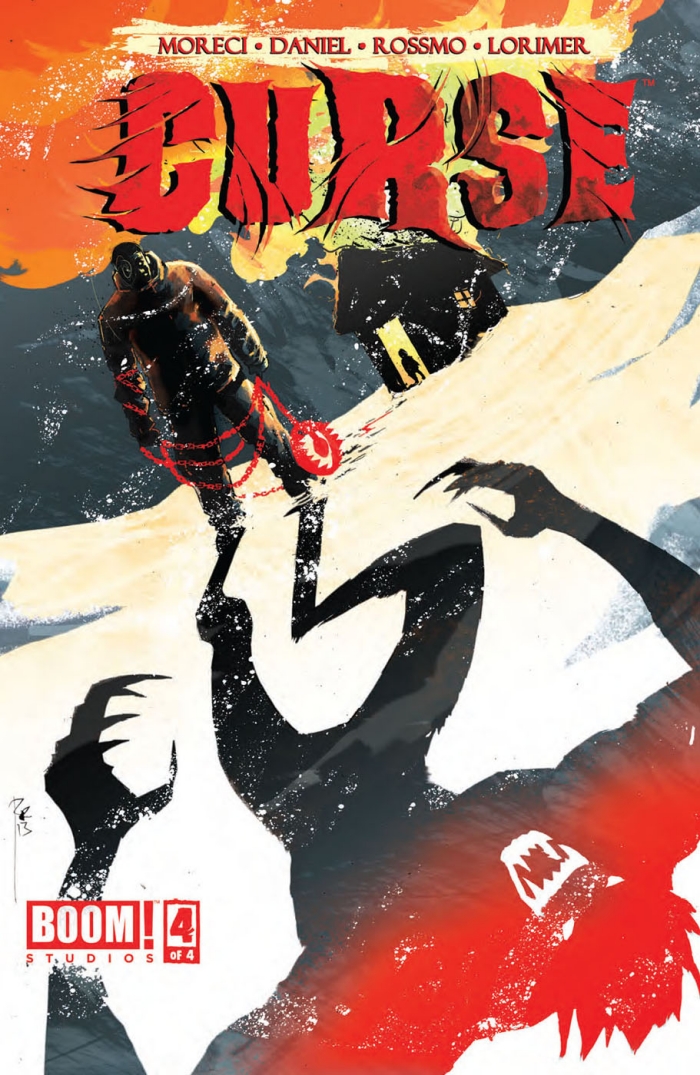 BOOM! Studios has provided us a preview of the new Curse comic.

Laney Griffin has shouldered more heartbreak than one man should be asked to endure. With his son’s life and his own criminal innocence hanging in the balance, Laney must take drastic measures to stay one step ahead. But as the captive werewolf emerges with the full moon and Sheriff Nora Hughes’ forces close in, the hope for survival looks slim-for father and son.