CT HorrorFest 2019 kicked off its schedule of panels on Saturday at the Naugatuck Event Center with costume contests where the best dressed attendees could take home one of six incredible cash prizes. First up was the kids costume contest, which featured adorable mini versions of everyone’s favorite monsters including Pennywise, Jason Voorhees, and Freddy Krueger. Many of the kids accented their performances with theme song music and some unforgettable dance moves on stage. 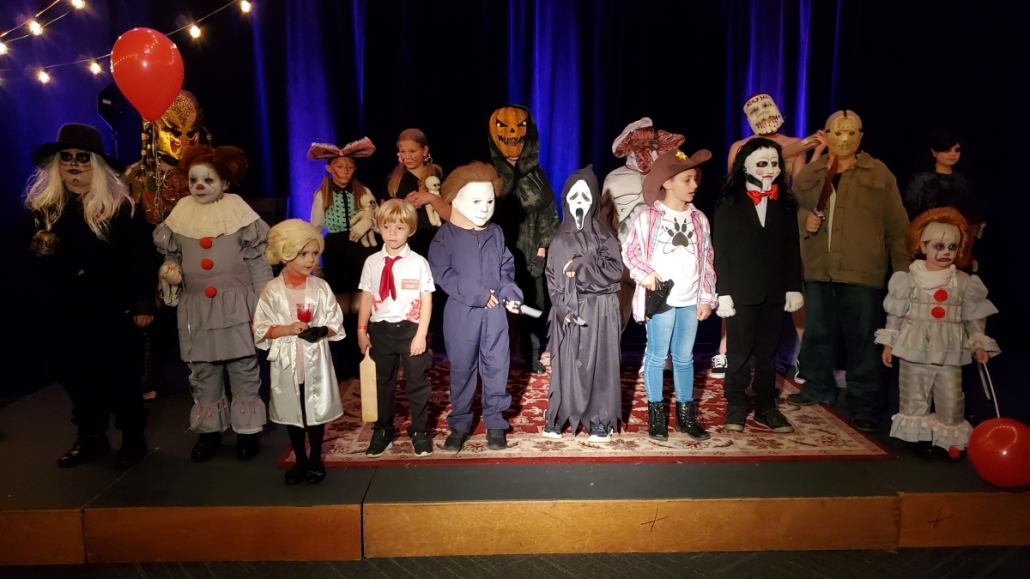 The adult contest was more competitive than ever, and the event was marked by a number of detailed and intricate hand-crafted costumes. The contestants who ultimately took home prizes represented a wide variety of horror icons. The grand prize winner donned a screen-accurate Pyramid Head costume from Silent Hill 2, which featured creative design choices for the monster’s iconic constricting mask and over-sized knife. The runners up represented the Saw franchise with a hand-crafted Billy mask and bear trap device and the holiday traditions of yesteryear with a recreation of Krampus in the flesh. 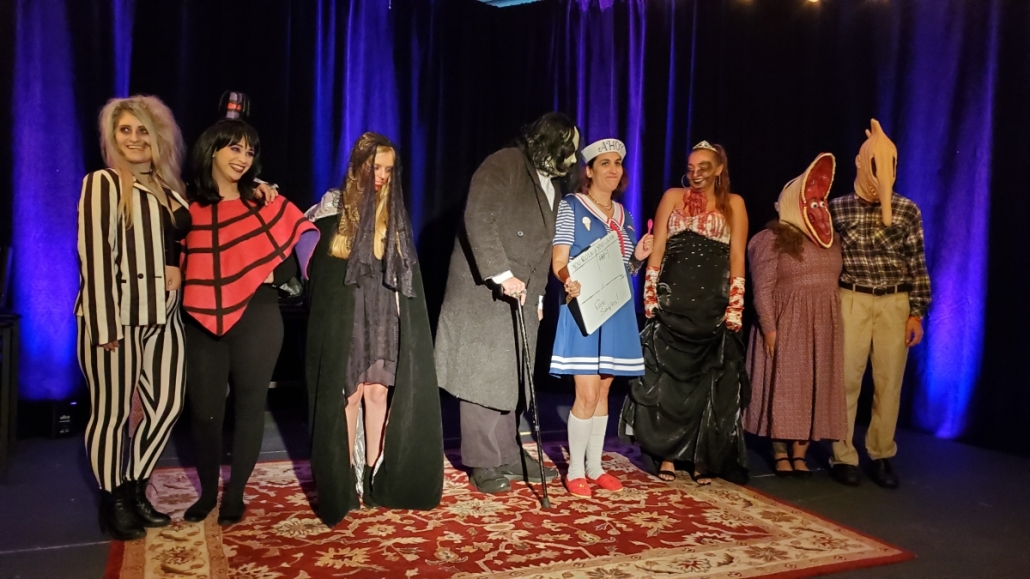 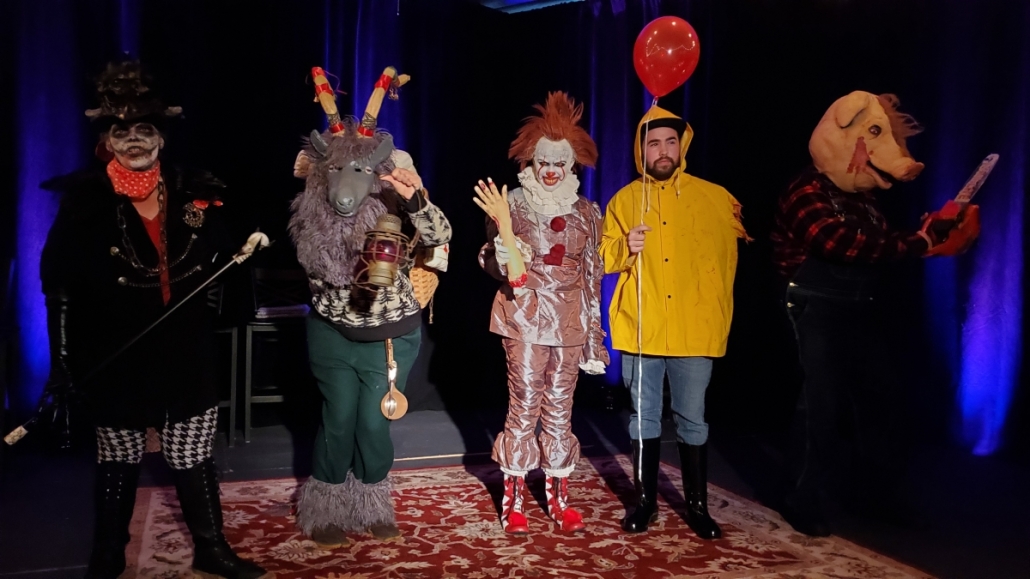 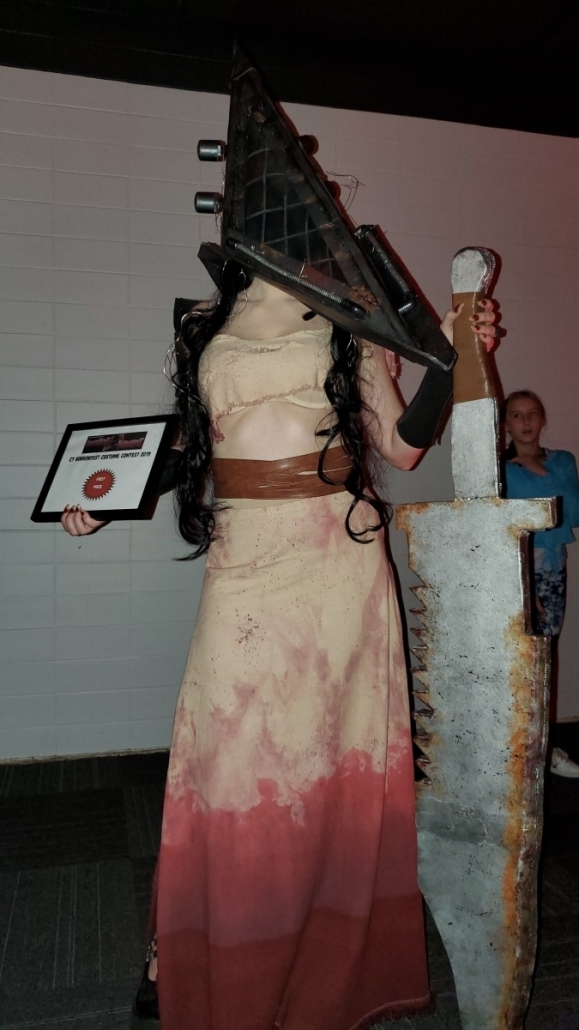 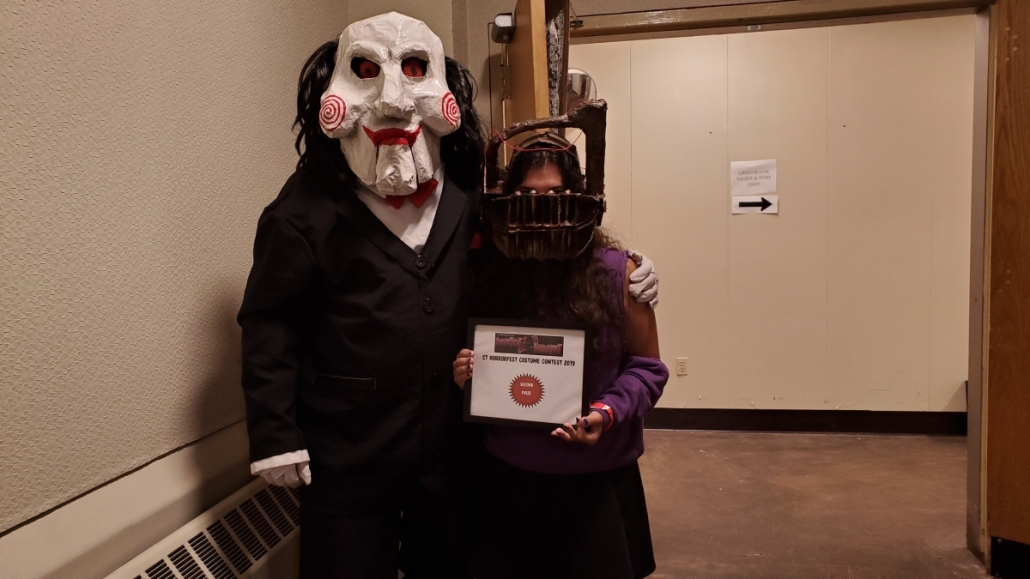 If you couldn’t catch these events in person, Horror News Network has got you covered! Below, you can stream both events in their entirety on the official HNN YouTube account:

Thanks for all of the wonderful attendees who created excellent contests for this year’s event! The Horror News Network staff looks forward to seeing what amazing creations you conjure up next year!

Staff Writer at Horror News Network
John has loved movie monsters for as far back as he can remember. He's since collected up as many comics, statues, and autographed material related to movies and music that he can get his hands on. He is particularly interested in the critical and analytical discussion of the best stories the horror genre has to offer. One of his largest works on the topic is a study on the portrayals of people with disabilities in horror films.
https://www.horrornewsnetwork.net/wp-content/uploads/2019/09/Optimized-20190914_152353.jpg 675 1200 John Evans http://www.horrornewsnetwork.net/wp-content/uploads/2016/05/HNN-logo.jpg John Evans2019-09-18 19:36:432019-09-18 19:37:36CT HorrorFest 2019's Adult and Kids Costume Contests Feature Original Designs and Horror Favorites
0 replies